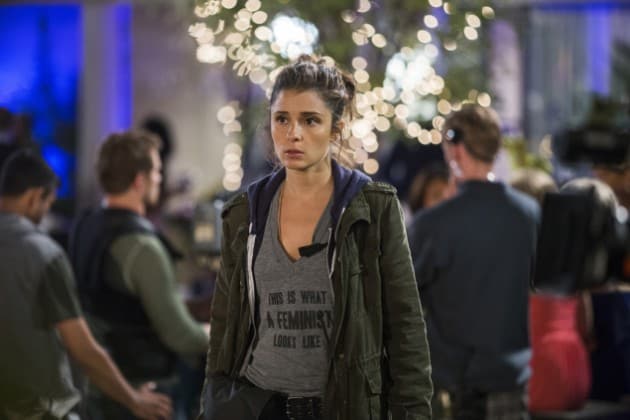 Without a doubt, the best new show of this summer has been Lifetime’s UnREAL, the dark, challenging,Â Bachelor-skewering drama that boasts two terrific lead performances from Shiri Appleby as conflictedÂ EverlastingÂ producerÂ Rachel Goldberg and Constance Zimmer as her intense but also vulnerable boss, Quinn King. Throughout its first six episodes, UnREAL has essentially received universal acclaim from critics, and that, along with the fact that it brings in a younger audience for Lifetime, has helped earn the fantastic freshman series a second season renewal. Lifetime announced the news on Monday.

“We couldn’t be more proud to bring back UnREAL,” Liz Gateley, Executive Vice President and Head of Programming for Lifetime, said in a statement. “With authentically flawed characters, sharp storytelling and impeccable performances, this show is propelling our brand in a truly exciting direction — an unexpected and bolder Lifetime.Â  We are thrilled to continue our work with [executive producers] Marti [Noxon] and Sarah [Gertrude Shapiro] and the incredible A+E Studios team, as we together bring a new generation of viewers to Lifetime.”