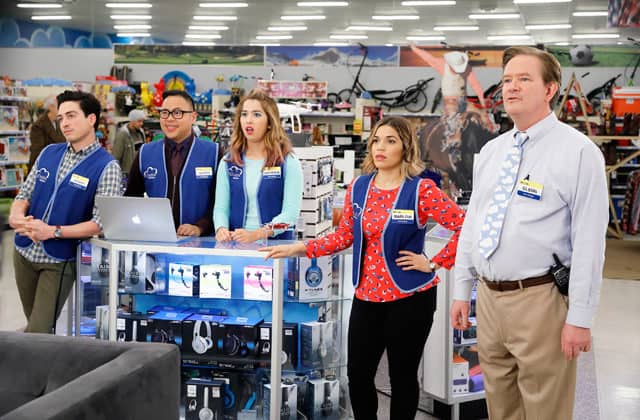 Television series are certainly about entertainment and amassing great ratings, but there is more to a good show than mindless distraction. Some of the most popular also inspire us to think about what is going on in the world around us. Shows that inspire thought are somehow a little more worthwhile than those that leave us with nothing more than a few laughs. Here are the top five lighthearted shows that effectively tackle serious issues as well as entertain us with humor.

The FX Network series “Legion” is a prime example of how dark humor can be both entertaining and educational at the same time. Dan Stevens’ character David Heller is struggling to survive in a crazy world. David is a schizophrenic, but fans are left wondering if the devil that frequently appears to him is a delusion or part of an evil supernatural oppression. The show is timely with so much focus currently on the supernatural. While the topic of mental illness is exploited in a comedic fashion, the show also addresses it by creating questions about the degree of sanity in Heller. How much of what is happening is just in his mind and how much is brought on by real malevolent forces?

This popular CW series has transformed the “Archie” comics characters in a lighthearted teen show. While some may enjoy it for the blending of humor and drama, it does address some serious issues happening in society right now. Archie’s interactions with his music teacher Ms. Grundy are an observation of the upwards trend for inappropriate student-teacher relationships. The current take on Ms. Grundy’s character is a far cry from the elderly white haired, portraying her as a hot and sexy teacher who doesn’t mind taking advantage of her students via sexual exploitation.

This program takes a look at what is going on in the news and puts a humorous spin on current issues. Bee uses humor to make us laugh about what is ridiculous about the current state of affairs while bringing us up to date on what is happening in our country and in the world. What is so amazing about the show is that it has balance. The content becomes fairly intense at times, but there are always positives thrown in to keep it on an even keel.

This hilarious comedy delivers a funny rendition of the stereotypes that are reinforced from a wide cross-section of the population. It gives us an in-depth look at the characters who work together in a superstore that is strikingly similar to Walmart. The show is a commentary on the working class and the struggles that they encounter as they put in the hours required to earn a living. What would you do to keep your job? We find out how this diverse assortment of employees of a major chain deal with the timely issue of maintaining a job, forming working relationships and conforming to the expectations of the corporation. It’s somewhat of a minor expose on the corporate environment from the viewpoint of the workers.

“Orange is the New Black”

This series tells the story of women from their perspectives. It has all of the components that reach out to a large segment of the population. The diversity of the characters, their perspectives, conflicts, enjoyable moments and the way that the situations are presented makes it easy to identify with. The series is one of Netflix’ greatest successes.