Home
Movies
Did You Like the Movie “Green Room?” Here are 10 Things You Didn’t Know
Prev Article Next Article 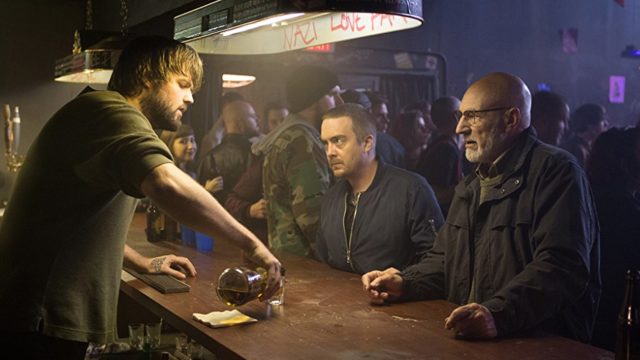 If you liked the movie Green Room then chances are that you love a good thriller that has a strong sense of realism about it. This movie is essentially about a band that gets trapped in a green room after they finish their set in a skinhead bar where Neo-Nazis are killing people for whatever possible reason they might have. Unable to leave without being attacked, the band is eventually whittled down to one survivor who, along with a woman that became a part of this mess, will struggle to find a way to survive and turn the tables on the skinheads so that they can survive the night.

As far as realism goes it’s out there but it’s still feasible.

10. Patrick Stewart was greatly unnerved by the script.

After reading it he actually went around locking his doors and windows. That didn’t deter him however from wanting the part he got since he saw it as an interesting challenge.

9. The director knew this movie was a ‘now or never’ moment.

If he hadn’t taken the chance his career path never would have allowed it later on and a new director probably wouldn’t have taken the project on, so he felt the need to get it out there.

8. The paintball story is a real story that happened to the director.

A lot of times director’s will attempt to put their own experiences into the film in some way to make a point or to just tell of something interesting.

7. The actors were actually playing their songs.

The songs were recorded at a different time and then played back but it’s all done by the actors, two of whom didn’t know how to play their instruments until learning for the movie.

6. There’s a scene that was inspired by a prison documentary that disturbed the director.

Watching a dead body being dragged around by a knife stuck in their head would probably unnerve just about anyone under the right circumstances.

5. Near the end of the film you can see a fantasy novel in the band’s van.

The novel is one of the Dragonlance series, a long-running series that hasn’t been active in quite a while.

4. The first and last words spoken in the film are the same.

This could be just a big coincidence but it does seem like something that would be designed to happen rather than occur by accident.

3. The director was partially inspired by the movie Straw Dogs.

You can see the correlation since the band has to fend off superior numbers and are stuck in a situation that none of them should be likely to survive.

2. Red laces are a part of the film that gets referenced.

Among skinheads red laces signify that the individual has spilled blood in the name of their gang or cause. These laces have to be earned which is highly disturbing, as skinheads will at times attack anyone that’s not white just to gain their respect.

1. This was Anton Yelchin’s last performance before he passed away in 2016.

If you don’t remember Anton then you might if you saw him as Chekov in Star Trek.

It might never happen but it’s still disturbing to think that it could.