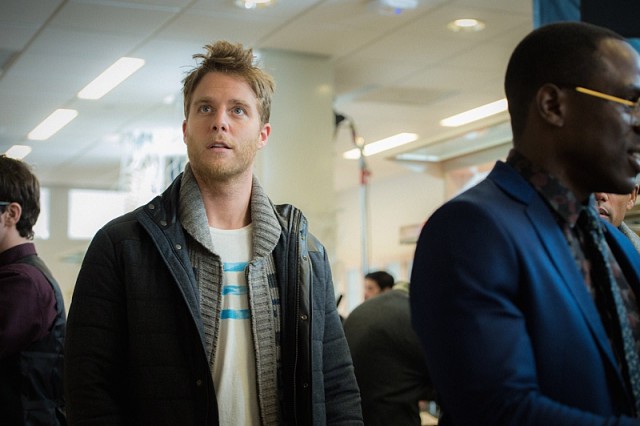 This week’sÂ LimitlessÂ canÂ essentially be broken down into two parts:Â a procedural, “who done it?” plot and a very emotional father/son story. They didn’t seem to co-mingle at all, and I didn’t like it. I mean, Brian literally avoided taking his Dad’s calls at work so he wouldn’t have to deal with the situation, which will make more sense in a minute.

Following the end of last week’s episode, Brian finishes telling his Dad about NZT, the FBI, and everything else. He makes sure to mention that he does NOT mention Senator Morra. Instead of his father being happy he told him truth, he comes down on him for being the fall guy if anything goes wrong and possibly going to jail. As opposed to keeping this to himself, he instead seeks out another lawyer’s help to assure him that he could get Brian less jail time because he was under duress, due to the NZT. After talking to Rebecca, Brian has to tell his dad that he’s okay where he is at the FBI and the CJC. Unbeknownst to him, his Dad and Naz meet up and everything goes kablooey! He threatens legal action against Naz and the FBI if Brian’s hurt or killed while on the job. Dad, for shame!

In the other storyline, an old army buddy of Boyle’s is charged with the murder of his wife. His defense? His prosthetic arm was hacked and choked her. Then, the “arms” of all different people all over the country start going crazy. Now, this murder charge (and conspiracy charge and cyber charges) lead them all the way around the world. First, Brian has the hack into the arm. Then, someone’s framing someone at the prosthetics company for the hacking. Brian discovers one company made a huge profit just when the arms went crazy. He discovers it was a shell company for a mid-level company, and now the guy’s in Dubai. Then, he uses his connections to get the guy back to America, where he says he didn’t do it.

Before I say who did in fact do it, I’m going to back track a bit. Throughout the entire episode, Brian hadn’t talked with his co-workers once about the situation with his dad, and he had kept putting his phone on mute. So, I put my years of watching Castle and Bones to good use to try to figure out who was behind all of this. It’s usually one of the first people they interview, and since they barely spent any time with the person being framed, the person with the fake arm had to be the one who did it. BrainÂ realized what the hacker was up to, and when the wife found the money, he knew one solution could solve both problems.

This week’s LimitlessÂ worked best when it was focusing on Brian’s relationship with his dad; that provided the more emotional and compelling part of the episode. This show really doesn’t keep you waiting very long in the plot department. It doesn’t shortchange you; it’s a very fine balancing act that it walks quite nicely. I would have liked a little more co-mingling with the two storylines. I wish Mike and/or Ike had seen Brian looking disturbed, or even Rebecca noticing BrianÂ constantly putting his phone away and asking him what was wrong. Something along those lines could have tied these two stories together in a neater, tighter way and made for a much better episode ofÂ Limitless.