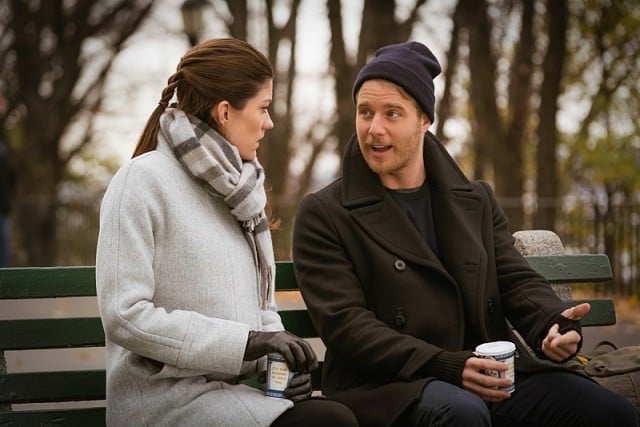 Let’s just get down to it. I did not like this episode of Limitless anywhere near as much as the past few. You know why? Josh-a-Saurus! In one fell swoop he took everything that was well and good and turned it into a show that instead of using of the correct words instead using words like hugs and candy and kittens. In Brian’s mind, Josh-a-Saurus represents his sub-conscious. Now, if it told him to tell Rebecca how he felt for her? I’d support him. If it told him to stand up to Senator Morra? Done. Instead all it made him do was change any uncomfortable words to nicer ones? All of the regular viewers watching know it’s a crime show. We all know it’s on after 10 PM. What was the point of having the words like rape, for example, omitted? Also, when Brian was talking to Sands about the blood work, he “talked” to Josh-a-Saurus and told him it was okay. It didn’t make any sense to me whatsoever.

Now that I’ve gotten that out of the way, the plot was very interesting. First, Brian and Rebecca take a little road trip to Quantico to work with the Behavioral Analysis Unit and try to solve their open cases. He’s working with David Englander, a famous profiler who wrote a book on capturing a serial rapist. After prodding by Englander for him to stay and be more helpful, Brian gets a hold of a book and determines it’s not true. While he doesn’t have the strength to have choked the victims, he does pass the lie detector. How? Brian proposes, and it turns out to be true, that the memory was implanted with optogenetics and a Dr. Howard Gilroy. The good old doctor was once treating a billionaires’ son who had homicidal tendencies and in exchange for continued funding for the rest of life, the false man took the blame.

The other plot was Rebecca looking deeper into Senator Morra. More specifically, whether he is on NZT? She brings it up on the car trip to Quantico with Brian and when she just let it slide, Brian knows she’s done it. She keeps looking into it. Brian proposes to Morra, through Sands, that he swap out the jacket infused with the NZT blood with an identical jacket with clean blood. Then, when she goes to look for it, there will be nothing to find. Unfortunately, Sands forgot about the button and Brian had to improvise. Unfortunately, he did it wrong. She noticed it!

How do I feel about this episode? Well I kept noticing how much Englander either kept hoping Brian would take a promotion or would make some sort of book deal. Brian said no but he didn’t seem to hard that hard of time. Granted, I’m sure he could great things but the first problem is that the CJC is the only one who can get for him and two I’d like to think he has a family there. I like that. Secondly, I’m not sure how it’s all going to play out, but I have a feeling that it may come down to Rebecca vs Morra and Brian’s going to have choose a side. I cannot wait! Last but not least, I hope the Josh-a-Saurus doesn’t come back for a while if ever!

Brian embarks on his first field assignment for the FBI, and Rebecca plunges further into the world of Senator Morra in this week’s uneven episode of Limitless.