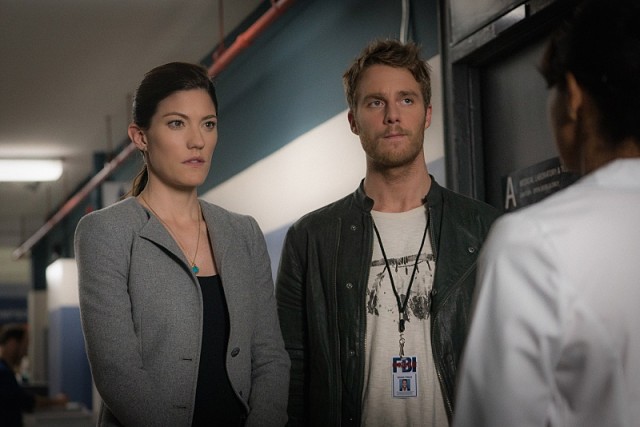 In this episode of Limitless, we saw Brian dealing with the limits of what he could do on NZT, both while on the pill and while being controlled by others. I like the direction that the show is going because this is definitely not something you could cover in a two-hour movie.

First, though, the plot. Last night, you saw Brian bonding with Chris, the brother to a would-be terrorist, and getting information out of him to help him in the case. In an effort to catch the criminal, Rebecca’s boss from the FBI is truly becoming a stereotypical boss and just laying down the law. In the end, even though the FBI catches the brother, Brian loses Chris due to one of the leaders circling back in the park.

The second plot, which will continue on to next week, was Brian dealing with the fact that he knows about Rebecca’s dad’s NZT usage and what he shouldÂ do with that information. He knows he can’t come out right and tell her, or he’ll be arrested. It was cool to see him try to get some information out of Sands. It didn’t work out that great, but at least he gave it a shot. In the end, he walked over to Rebecca’sÂ apartment and gave her a copy of the file.

Now, this episode leaves several questions hanging. Obviously Rebecca’s going to ask Brian about the file if she looks at it. What will she do next? Next, will Sands or one of Morra’s other men know that Brian has given her the file? He does seem to have men everywhere, as seen by the last episode “Page 44m” when it wasn’t Sands who showed up for the dummy thumb drive but a random jogger. In this episode, we see that it is somewhat of a secret that Brian is using the NZT. Brian’s trainer, who also happens to be Rebecca’s boyfriend (although they’re not quite “at the HR forms yet”), doesn’t know. He kept badgering both Brian and Rebecca about it, but both brushed the questions off. Who else doesn’t know in the FBI?

The meat of the episode dealtÂ with how much Brian could do on NZT, or rather how much he couldn’t do. When we first saw him in the episode, he was in the van and being told to stay put. At first, it’s quite literal what he can’t do with the Pill Brian always leaving him videos with dolls and pie charts to explain everything. He even makes a comment about how it’s as if the guy in the video is talking to somebody else. He keeps mentioning, both on the tape and in the voice-over, that he thinks about all of the options on the pill; when he’s off it, he gets very emotional. However, and he said this after Chris died, he said, “There just had to be a way to do both. I just didn’t think it through, even on NZT.” Unfortunately, he can’t. Brian can’t control people’s emotions, whether it’s the witness who died or Sands when pressed for information about Rebecca’s father, and I think he’s finally getting that.

LimitlessÂ right now has an early Castle-type feel. In the beginning of that show, a best-selling novelist and a cop were paired up, and the writer would always be told to stay in the car or stay outside. He always found some reason to go inside, whether checking out his hair or just trying to get out of the car, and he would always get in the way of the criminal. Brian was told the same thing in last night’s Limitless. He was told not go anywhere, but he had to go to the bathroom and just happened to run into the guy the FBI’s after. I liked CastleÂ a lot when it first premiered,Â and I’m quickly warming up to Limitless,Â too.