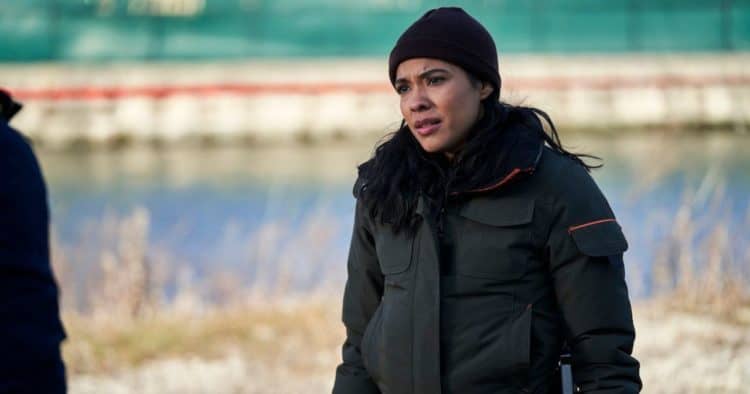 Many Chicago PD fans were caught off guard when news broke that Lisseth Chavez would not be returning to the show for its 8th season. Chavez, who has just joined the cast at the start of season seven, played police officer Vanessa Rojas. Although not having her on the show is a bummer, fans will be happy to know that she’ll still be making weekly appearances on their TV screens. She was recently cast as a series regular on the CW series, Legends of Tomorrow. While the role will be somewhat of a change of pace from what she was doing on Chicago PD, it’s an exciting change none the less. Continue reading for 10 things you didn’t know about Lisseth Chavez.

Lisseth is the true definition of what it means to be adventurous. She is always down to do something exciting and she’s never afraid to take a risk. In fact, she lives for a good adrenaline rush. Some loves to do things like go hiking and scuba diving. In 2014, she even went sky diving.

These days, most of Lisseth’s social media activity is on Instagram, but there was a point in time where she was also a YouTuber. She started a YouTube channel in 2014 and posted several fun vlogs of different adventures she went on. Unfortunately, she hasn’t posted anything since 2016 and it doesn’t look like she has any plans on coming back.

3. She Likes To Take Pictures

It’s very clear that Lisseth is seriously a natural when it comes to being in front of the camera, but she’s also taken some time to explore what being behind it is like. She loves taking pictures and photography is one of her hobbies. She definitely has a good eye for capturing awesome moments.

4. She Once Shaved Her Head

Most people who have hair would consider it a fairly big part of their identity and this becomes even more true when it comes to women. In 2016, Lisseth made the choice to have her had shaved bald for a commercial she was in. Although the decision was based on the job, she ended up being very happy with the end result and described the process as ‘life changing’.

Lisseth’s love for adventures doesn’t just stop at things that make her heart race, she also enjoys the chance to experience different things in different parts of the world. Thanks to her career, she has gotten the chance to travel far and wide. Some of the places she’s been include England and Guatemala.

6. She Doesn’t Share Much Information About Her Personal Life

Even though Lisseth has been in the entertainment industry for almost a decade and she’s very active on social media, she doesn’t seem to like to share too much information about her personal life. She doesn’t do many interviews and when she does she likes to keep things focused on her work.

7. She Loves Being An Aunt

Lisseth comes from a very close knit family and she has great relationships with her loved ones. Although she hasn’t started a family of her own, she’s enjoying her role as an aunt. She enjoys spending time with her nieces and nephew and even has a highlight section on Instagram dedicated to then.

Lisseth doesn’t appear to be a diehard sports fan, but when you live in a city like L.A. it’s important to show some support to the local teams. However, she had a very difficult decision to make: support the Dodgers or the Angels. She chose to become a Dodgers fan and went to her very first game back in 2014.

9. She Loves Hanging Out With Her Friends

Just because Lisseth is a TV star doesn’t mean that she’s forgotten abut all of the people who have been in her life since day 1. She has a close group of friends and she loves to hang out with them when she isn’t busy with work. Having solid friends is always important, but it can be extra comforting when you work in an industry that has a reputation for leaving people high and dry.

Her work on TV shows is what has made Lisseth best known to the public, but she’s also done some commercials as well. She’s worked with big brands such as IHOP, Taco Bell, McDonalds, and Bank of America. Commercial work may not be considered glamorous, but it can open the doors to bigger opportunities.