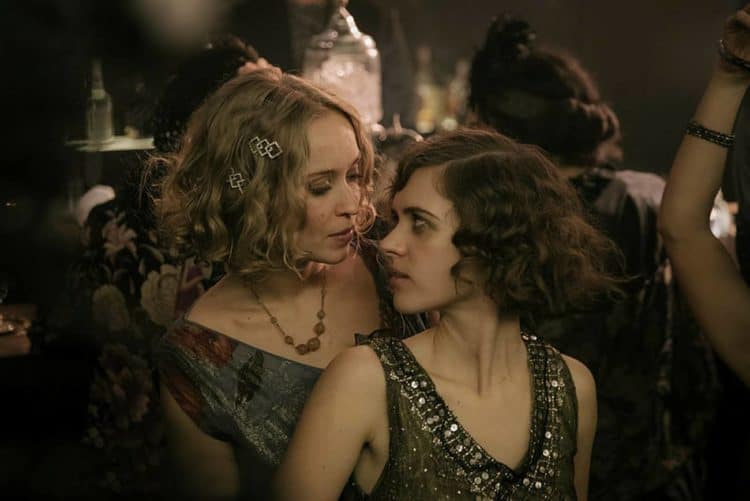 Liv Lisa Fries isn’t the type of person who grew up knowing that she wanted to become a professional actress. However, once she made her way into the industry, it became clear that that was exactly where she was supposed to be. In the almost 20 years since making her on-screen debut, Liv has become an international star. She is probably best known for her role in the TV series Babylon Berlin in which she plays Charlotte Ritter. On top of having a very impressive resume behind her, she also has a handful of upcoming projects that will only make her star shine even brighter. Continue reading to learn 10 things you didn’t know about Liv Lisa Fries.

1. She Played On Studying Philosophy

Prior to getting into acting, Liv was on a much more traditional path and she thought it was going to stay that way. After finishing high school, Liv planned on attending college to study philosophy and literary science. She decided to leave school early once her acting career began to take off.

2.  She Studied In China

Liv was born and raised in Germany, but even before she became an actress she got the chance to experience other parts of the world. She spent time as an exchange student studying in Beijing which proved to be an incredible experience for her both academically and personally.

3. It’s Unclear If She Has Formal Acting Training

Even though we know that Liv got a relatively late start when it came to acting, what we don’t know is whether or not she attended any kind of drama school. As far as we can tell, there’s nothing to indicate that she’s had formal acting training, but she may have worked with an acting coach in Germany.

Speaking more than one language may not be a requirement to become an international star, but it certainly comes in handy. In addition to her native tongue of German, Liv also speaks English, Mandarin, and French. Knowing these languages has definitely given her an advantage over the years.

5. She Likes To Ride Horses

Working in the entertainment industry can be overwhelming at times, and Liv often finds herself wanting to enjoy some quiet time away from all of the cameras and commotion. Riding horses is one of her favorite ways to spend her free time. Not only does it give her a chance to be active, but it’s also a great way to disconnect and take her mind off of work.

Liv probably has a lot of fans who would love to know all sorts of intricate details about her life, but it doesn’t look like she plans on sharing any. Throughout her career, Liv has maintained a high level of privacy. She has never revealed much about her personal life, and she seems to prefer living a quiet and laid-back lifestyle.

When you spend as much time in front of the camera as Liv does, you can’t help but to be concerned with fashion. Liv has a stunning sense of style and she appreciates the fact that clothing gives her another way to express herself. No matter the occasion, you can bet that she’s going to show up looking fabulous.

8. She’s Passionate About The Environment

Over the years, Liv has become known for speaking out to educate people on climate change. During an interview with Berliner, Liv said, “I am not a politician or an eco-activist. The real scandal is that nothing is happening on the political side. It is becoming more and more important for many people. The other day someone said that he only now realized that something has to be done for the climate. Maybe we have to start small.”

9. She Doesn’t Like To Spend Much Time Using Technology

Technology has become such a big part of most people’s lives that they find it almost impossible to disconnect. Liv, however, likes to disconnect as much as she can. Although she does have a smartphone, it’s mainly just for answering work-related emails. Other than that, she still has an old cell phone that she uses to make calls. Overall, she feels more at peace when she spends less time using technology.

Liv’s acting skills aren’t the only thing about her that is very impressive. She is also incredibly flexible. In an Instagram post, she shared photos of herself bending into some impressive poses. Many of her followers were surprised to find out that she has such a wide range of flexibility.