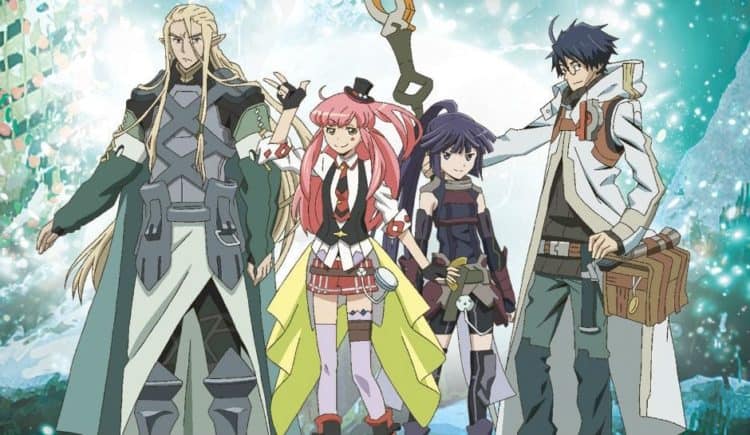 Log Horizon is a series of light novels centered on a group of Japanese MMORPG players who have been transported through mysterious means into a real version of the MMORPG setting. It is far from being the sole example of its particular sub-genre of fantasy, but it manages to stand out because of its more capable than most execution of its basic premise. Here are 10 things that you may or may not have known about Log Horizon:

Log Horizon is written by Mamare Touno, which is the pen-name of Daisuke Umezu. Said individual has worked on a number of projects, but besides Log Horizon, he tends to be best-known for Maoyuu Maou Yuusha, which was centered on a Demon Queen and a Hero teaming up to bring peace by introducing economic reforms.

2. Mamare Touno Got Into Trouble Because of Tax Evasion

In 2015, Mamare Touno got charged with tax evasion because he was alleged to have failed to file around 120 million yen of royalties for both Log Horizon and Maoyuu Maou Yuusha light novels for his income taxes. In the end, the investigation concluded with Touno filing the income before paying the $30 million yen that he owed in taxes.

3. The MMORPG Is Called Elder Tales

The fictional MMORPG in Log Horizon is called Elder Tales. It is supposed to have been a huge international success with its user base measured in the millions. In total, 30,000 Japanese MMORPG players who were logged in at the time of a new update were transported to the real version of the Elder Tales setting.

4. The Players Possess Their In-Game Capabilities

Each of the players who have been transported to the real version of the Elder Tales setting possesses the capabilities of their player-characters. This is important because player-characters could become much stronger than non-player-characters, meaning that the strongest players possess a destabilizing amount of personal power in the new world.

5. The NPCs Are No Longer NPCs

Curiously, some of the game elements have remained. For example, the players are still capable of respawning at the cathedrals of the closest cities that they have explored, though this comes at a serious cost in that they lose a portion of their experience points, which are represented by their memories.

7. Other Game Elements Have Vanished

Meanwhile, other game elements have vanished. For example, it is perfectly possible for the non-player-characters to die, which is rather unfortunate for them because they can’t respawn in the same way as the players. Moreover, it is perfectly possible for player-characters to make significant changes such as overthrowing nations so long as they possess the power needed to do so.

8. The Protagonist Is Named Shiroe

The main protagonist of Log Horizon is a man named Shiroe, which is sometimes nicknamed either the very respectable “Shiroe the Strategist” or the less respectable “Villain in Glasses.” He used to be a member of a group of elite players who specialized in going after high-level raids, meaning that he is one of the stronger players out there. However, Shiroe’s build is interesting in that he plays support, meaning that he is a huge boon for his allies.

Shiroe is the one who founds the titular guild of Log Horizon. This was necessary because the event that brought the players to the Elder Tales setting resulted in not just chaos and confusion but also despair from those who had been torn from their homes. Due to this, the guild was meant to provide the participating players with a kind of shelter from the storm.

It should be mentioned that while Shiroe is the main protagonist, the nature of the event that brought the players to the Elder Tales setting means that there are a lot of other people with a lot of their own stories as well. Due to this, it should come as no surprise to learn that there are spin-off novels, which might interest those who have found Log Horizon to their liking.