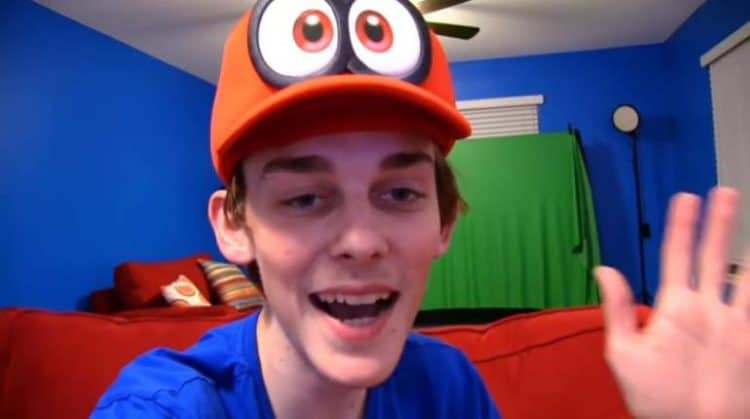 The internet and video games are two things that were once considered a big waste of time. However, those days are long gone. If a person plays their cards right, they can make a successful career out either one of those things. If someone can do both, the sky is truly the limit. Logan Thirtyacre’s rise to internet fame is the ultimate proof. The well-known YouTuber rose to fame for his video game themed videos and his character, Jeffy. He now has over 3 million subscribers on the platform. Continue reading for 10 things you didn’t know about Logan Thirtyacre.

1. His Brother Is Also A YouTuber

Creating engaging content clearly runs in the Thirtyacre family. Logan’s brother, Lance, is also a successful YouTuber. Lance’s channel has 848,000 subscribers and he regularly uploads puppet style videos that are similar to his brother’s. Logan and Lance have a close relationship and they sometimes make videos together.

Although Logan is a California native, he is a huge Tom Brady fan. Recently, Logan spent $800,000 in an auction to win a work out and a personal day hanging out with Tom Brady. The money Logan spent on the auction will be part of donations to organizations like Meals on Wheels, Feeding America, and No Kid Hungry to help support them through the pandemic.

Logan isn’t the type to share every detail about his personal life on the internet, but we do know that he’s in a happy relationship with Adriana Fajardo. Adriana also has a YouTube channel, but at the moment she only has 822 subscribers. However, she has a much bigger presence on Instagram with a following of more than 33,000 people. Logan and Adriana seem to be very happy together and they enjoy taking trips and exploring the world.

The puppets that Logan uses in his YouTube videos are one of the most entertaining things about his channel. Logan makes and sells the puppets on his website, SML Merch. In addition to a wide variety of puppets, Logan also sells other branded merchandise including t-shirts and backpacks.

Every gamer needs a snack to enjoy while playin their favorite game. Logan’s snack of choice seems to be Cheetos (the crunchy ones, not the puffy kind). His beverage of choice while gaming is some classic Mountain Dew.

I know this may be a disappointment to all the dog people out there, but Logan is a cat lover. He appears to have several pet cats with his girlfriend. The couple recently added another cat to the mix, an adorable orange tabby named Pumpkin.

7. He Is Inspired By His Surroundings

Logan regularly uploads two videos a week which means he has to constantly make sure his creative juices are flowing. Luckily, he never has to search too far for for inspiration. Logan says he is inspired by all of the people and things around them, especially his younger sister.

In a Q&A video, Logan revealed that his biggest pet peeve is recording videos outside. As you can imagine, there are lots of noises and distractions outside. Logan says he often has to re-record scenes when he shoots outside because airplanes and trains often ruin the shot.

9. He Suffered From A Serious Health Condition

Logan had a condition called superior mesenteric artery syndrome (SMAS). The condition is a rare digestive disorder that “occurs when the duodenum (the part of the small intestine that connects to the stomach) is compressed between two arteries.” People who suffer from SMAS are unable to eat without feeling ill. The condition can sometimes result in death. Fortunately, Logan underwent surgery in 2012 to correct the issue. Although he’s doing much better than he once was, he says he still has a long road ahead until he is completely healed.

10. He Has Advice For Up And Coming YouTubers

Logan’s YouTube journey hasn’t been quick or easy. He created his channel in 2008, and worked hard to develop a strong following. He encourages other YouTuber who are serious about building a presence on the platform to take it seriously. Logan says that it’s important to be consistent and to create a schedule. He also adds that it’s important that people don’t let money and fame change them.