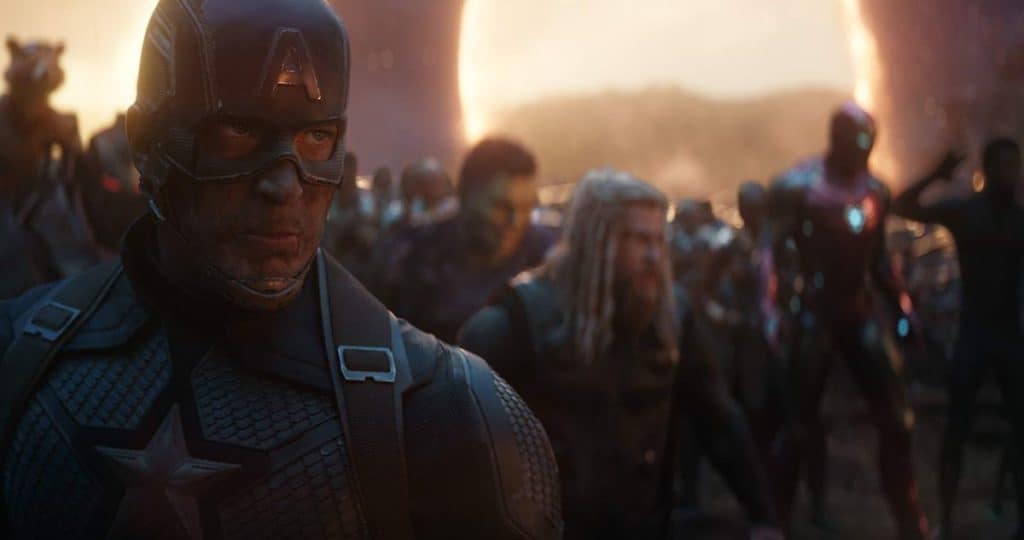 The big question upon Endgame‘s release was always to what degree its title would prove to be true for the larger franchise the movie was a part of.Â  After 22 movies, 11 years and three full production cycles, after coming off the events of Infinity War (2018) the year before and facing the certainty of losing two of the founding Avengers in Captain America and Iron Man, after over a decade of so-called “superhero fatigue” (a frustrating and wholly inaccurate term in of itself), there was plenty of legitimate concern that this would ultimately be the end of the MCU: or, rather, the end of the MCU as an industry-driving, universally must-see, genre defining and redefining mega-franchise looming large over not just the superhero genre and blockbuster filmmaking as a whole, but of the entire entertainment sector — film, TV and print alike.Â  Alongside other 2019 endings like Game of Thrones and the Skywalker Saga, would Endgame mark a turning point for audience interest in this franchise, or even this genre?Â  What other stories could they possibly tell after snapping away (and, eventually, snapping back) half the universe?Â  How could the franchise possibly survive beyond three of its fallen first members?

As it turns out, with the benefit of post-Far from Home (2018) hindsight, the MCU had nothing to worry about.Â  Audiences were still there for the MCU’s post-Endgame, post-Stan Lee, post-O.G. Avengers solo movie.Â  Critics still showed up, as pleased and happy as ever with the franchise’s four-color, comic book antics.Â  The story and fights and character turns were still as fresh and exciting as ever.Â  As we’ve come to find out, there is vitality left still in this franchise and in these characters, and Endgame has served as nothing more dire than the ending of a particular moment in this franchise: a crucial, early moment, but a moment all the same.Â  Just as there was The Lord of the Rings after The Hobbit and James Bond after Sean Connery, there will be Spider-Men and Avengers and even Captain Americas after Endgame: just not the same kinds of Spider-Men and Avengers and even Captain Americas that we’ve grown used to since the mega-franchise first started up all the way back in 2008. 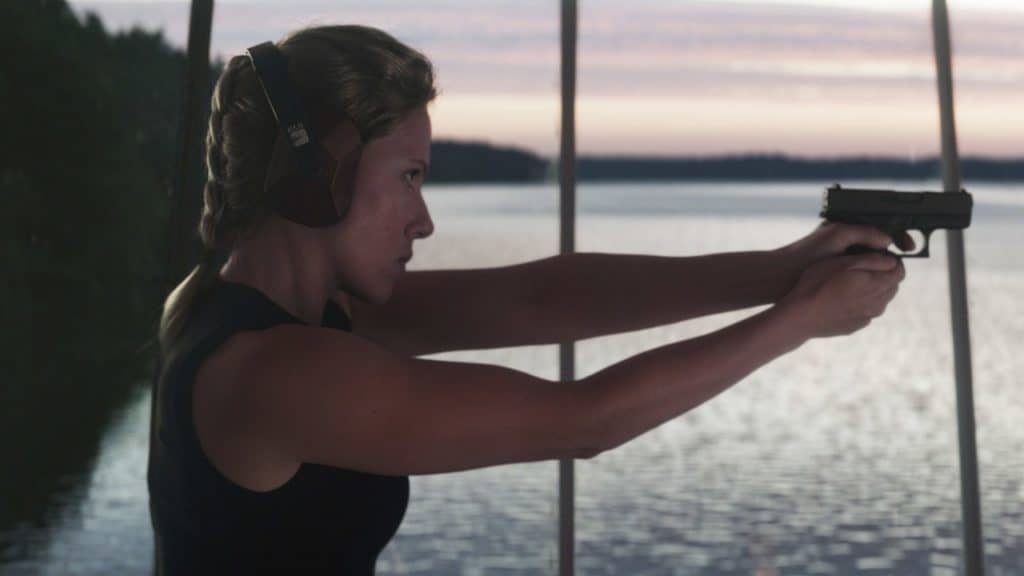 In Endgame, the universe is still rocking from the devastating events of Infinity War.Â  The Avengers lost.Â  Thanos used the power of the Infinity Gauntlet to dust half of the life in the universe: friends, family, allies and innocents.Â  Even after tracking down and killing the man responsible, nothing has changed, leaving the disbanded and disillusioned former Avengers in a drift that no longer needs their help.Â  Tony retires to become an unexpected family man.Â  Steve tries to pick up where his fallen friend Sam left off, leading a support group for Snap survivors.Â  Bruce has finally come to terms with his monstrous half and Natasha carries on, fighting the good fight, desperately trying to lead the surviving Avengers into continuing their mission of saving lives the world over.

The belated return of Scott Lang after his post-Snap imprisonment in the Quantum Realm, however, brings one last desperate hope of undoing everything that has transpired over the past few years.Â  Lang realizes that the Quantum Realm can be used to travel backwards in time, and while it can’t be used to strictly speaking undo the events of Infinity War (at least in the sense of defeating Thanos and ensuring that his fateful Snap never happened in the first place), it can be used to gather the presently destroyed Infinity Stones so that those who lost their lives from him can be Snapped back into existence in the present day.Â  And, thanks to the events of the preceding decade of superheroics, they know exactly where and when the Stones will be throughout time and space.Â  With post-Civil War tensions still high within the team, guilt and depression rampant from their culpability in universe-scaled genocide and one a few Pym Particle-fueled chances to set things right, the remaining Avengers — battered, broken, but finally hopeful — set out to belated save the world one last time. 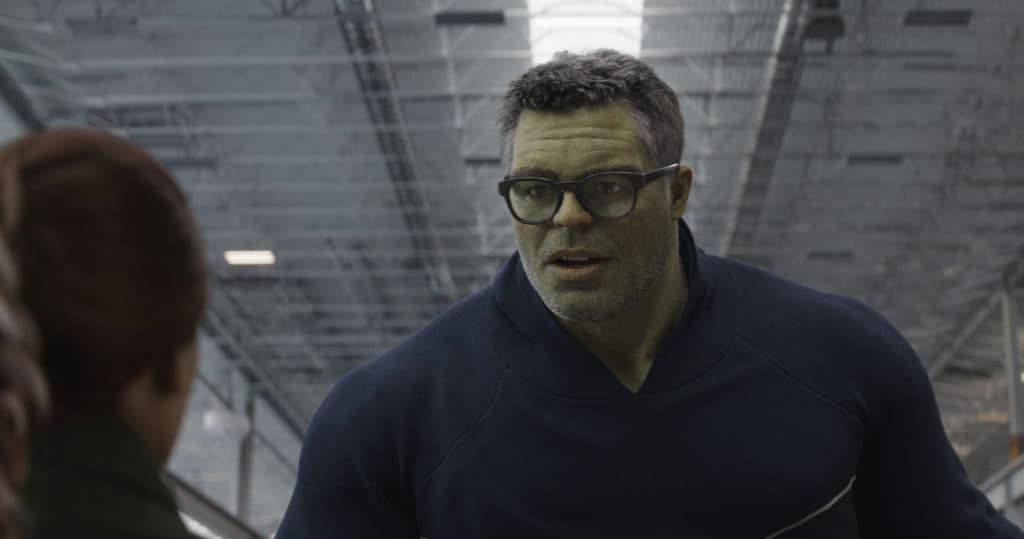 What is remarkable about this movie from the outset is what it’s actually about.Â  Yes, the film’s narrative is predominately concerned with Back to the Future-ing the events of the preceding movie by going through a highlight reel of the last ten-plus years of Marvel movies, which it does with aplomb.Â  That’s just plot, however, and is neither the narrative conceit nor filmic exploration that film proper is actually interested in.Â  What Endgame is actually about, however, is depression: about failing so catastrophically (or at least feeling as if you have) that you don’t know how to go on with yourself.Â  Some find solace in love, others in loss.Â  Some find opportunities to become their best selves, while others can only seem to wallow in their perceived failures.

The film’s second act might be its wonky, fan-servicey time heist.Â  Its third might be the kind of bombastic blow-out that we’ve come to expect since the first Avengers‘ Battle of New York.Â  But the film’s first third — its foundational opening act that sets the tone and expectations for everything that follows — is about depression, grief, loss and how people deal differently with all three.Â  Somewhere in this four-quadrant blockbuster, somebody smuggled in an intimate character piece that has more shared DNA with something like Manchester by the Sea (2016) than it does with something like Transformers (2007) and The Fast and the Furious (2001). 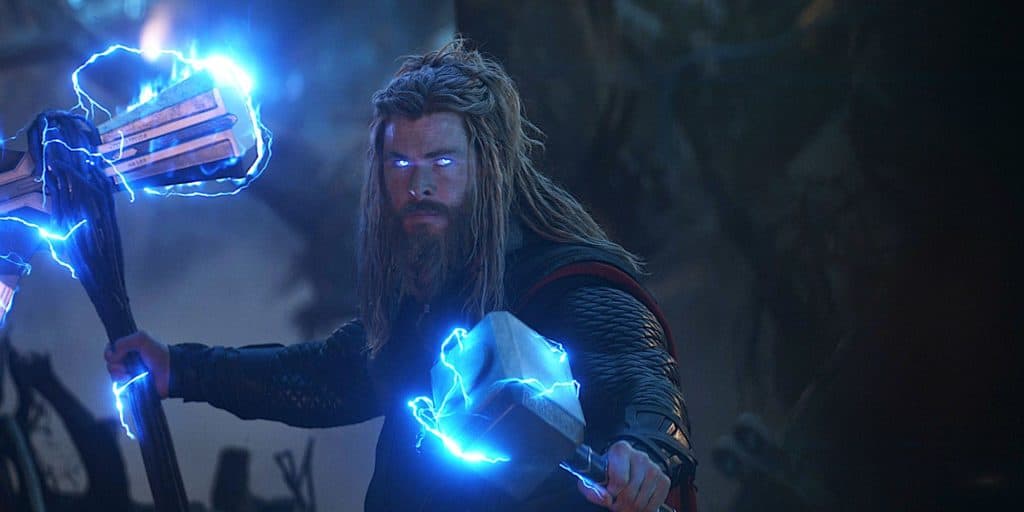 This is, I believe, where the movie is at its strongest: not when it’s trying to be a $350-million spectacle, but when it’s exploring the shattered psyches of the characters that we’ve grown to know and, yes, love over the past decade.Â  Watching Thor shut out the world and retreat into his own safe little sphere was as heartbreaking as it was compelling.Â  Watching him struggle with basic tasks that once came easily to him (and come easily still to many of his teammates) is as powerful an ordeal as anything he performs in The Avengers or Ragnarok (2017).Â  His broken-down heart-to-heart with his knowing mother was one of the most singularly arresting scenes of the entire film, and brought me to honest-to-god tears over just how affecting it was to watch him rally around her simple, unrelenting love.Â  And the fact that his elated, childlike relief when he could still summon Mjolnir to him — when he breathlessly declares “I’m still worthy” to his own surprise and his mother’s confident assurance — is somehow not the single greatest moment in this movie is a testament to just how effective, confident and powerful of a film the rest of the proceedings are (and, for the record, those other, somehow better moments include Cap finally saying “Avengers… assemble,” Cap finally proving that he’s been worthy of wielding Mjolnir this whole time, that last heart-wrenching “I am Iron Man” and the bench-side passing of the torch from one generation to the next).

I have maintained for years that the MCU has not just constituted the very best in big budget, American blockbuster filmmaking, but has easily ranked among the best moviemaking of any kind, from any country, in any context for as long as Marvel Studios has been in business.Â  Every year, it seems, a Marvel movie has clocked in as my second or so favorite movie the that year: There was The Avengers in 2012, The Winter Soldier in 2014, Civil War in 2016 and back-to-back Guardians of the Galaxy Vol. 2 and Thor Ragnarok in 2017.Â  So far in 2019, Endgame is second only to Us (2018): a one-two combo that I don’t see changing even as the second half of the year unfolds before us. 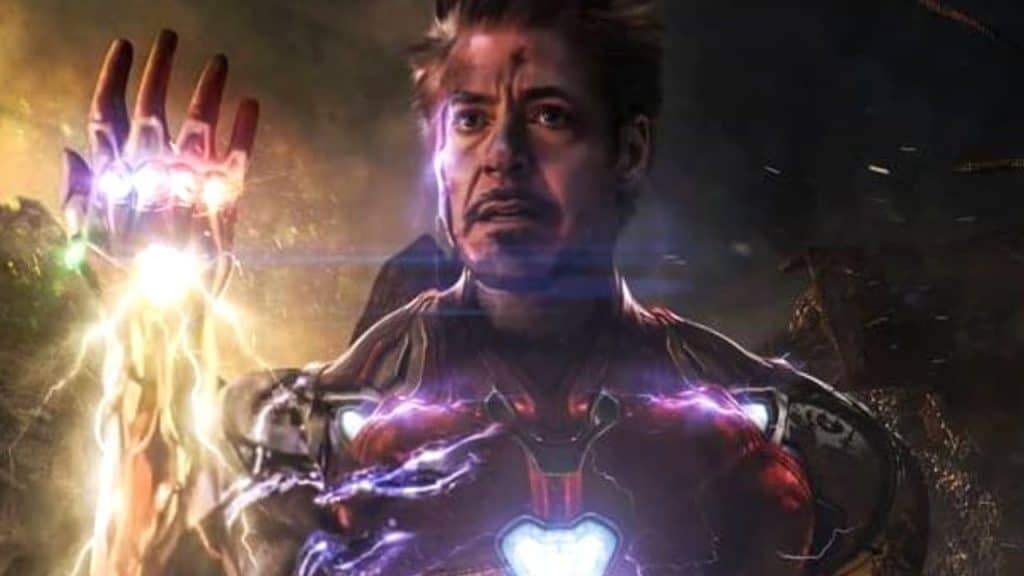 Endgame is a well-earned ending to Marvel’s Infinity War duology, Phase 3 of filmmaking and decade-spanning Infinity Saga.Â  It is studio-backed filmmaking at its very best, and likely an immutable benchmark in blockbuster craftsmanship that won’t be surpassed for years to come.Â  It is the perfect version of the exact kind of movie that it’s trying to be and damn near the most perfect of the generally unimpeachable quality of the larger MCU.