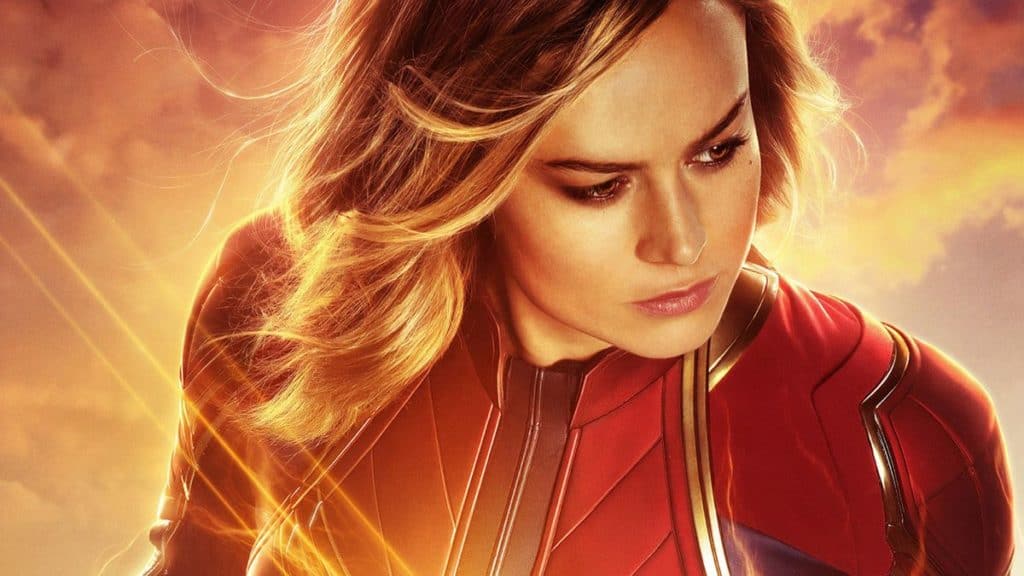 Looking back at it, I think that the reason why I didn’t write a review for Captain Marvel at the time largely came down to timing: not that I was too busy back in March to give a proper write-up of the latest Marvel movie, but because to do so at the time would have been inherently incomplete.Â  It’s the same issue that I had reviewing Ant-Man and the Wasp (2018) some months earlier.Â  Because these movies found themselves perfectly in the awkward mid-point between Avengers: Infinity War (2018) and Avengers: Endgame (2019) — and because they were expected to simply spin their wheels while the story connecting those two other movies was functionally paused — there was ultimately very little to be said about the movies in question: at least, there was in that moment, lacking the necessary context for how everything properly fit together as part of its unified whole.

It was obvious the kind of movie Captain Marvel was going to be from the start.Â  More than a decade into and nearing the end of Marvel’s Infinity Saga, we had all long since learned what we had in store for us: a light-hearted action-comedy that played off more like an intimate character drama between bombastic set pieces than as a typical brainless blockbuster.Â  The villain would be a functional doppelganger to our title character: one that would both act as a narrative shorthand to what she could become if she gave into her worst impulses but also as an economical antagonist that didn’t require the movie to devote additional time explaining how that character (or, in this case, characters) worked in the world the film presented us with, as they would operate nearly identically to Carol Danvers herself.Â  We’d see some familiar faces, get some incidental worldbuilding and end on a well-constructed and emotionally-charged action set piece in the climax that would drive home the fun and the fury of everything we’ve witnessed over the last 100-odd minutes of screentime.

In as much as Marvel has a “formula,” this is it: a comfortable synthesis of economic storytelling, blockbuster spectacle and intimate character drama.Â  It’s why the studio tends to hire indie auteur directors to helm these pictures (in this case, Half-Nelson duo Ryan Fleck and Anna Boden), why they tend to rely on their hand-picked second unit teams to deliver on dependably staged action scenes and why the villains for their origin stories always seem so “boring” (they’re really not, but that’s the usual complaint levied against them).Â  And, much to their credit, this “formula” works amazingly well for them, allowing them to churn out must-see movies with the mechanized regularity of mid-century factories: each of a similar make and model, easily passing quality control and all worth the price of entry.

And, of course, Captain Marvel was predictably no different in this regard.Â  It’s your typical, floor-model, highway ready Marvel origin movie.Â  It’s as dependable a feature as Marvel has ever put out, full of promise for the invariably superior sequel and serves the functional purpose of introducing her character to us while not upsetting the between-Avengers status quo.Â  Like all of these movies, it’s the details that make all the difference — the subtle ways in which it deviates from this reliable pattern of hero’s journey, personal growth and hyper-charged shoot-out provided by its dynamic directorial duo — and Captain Marvel certainly doesn’t lack for reasons to praise it. 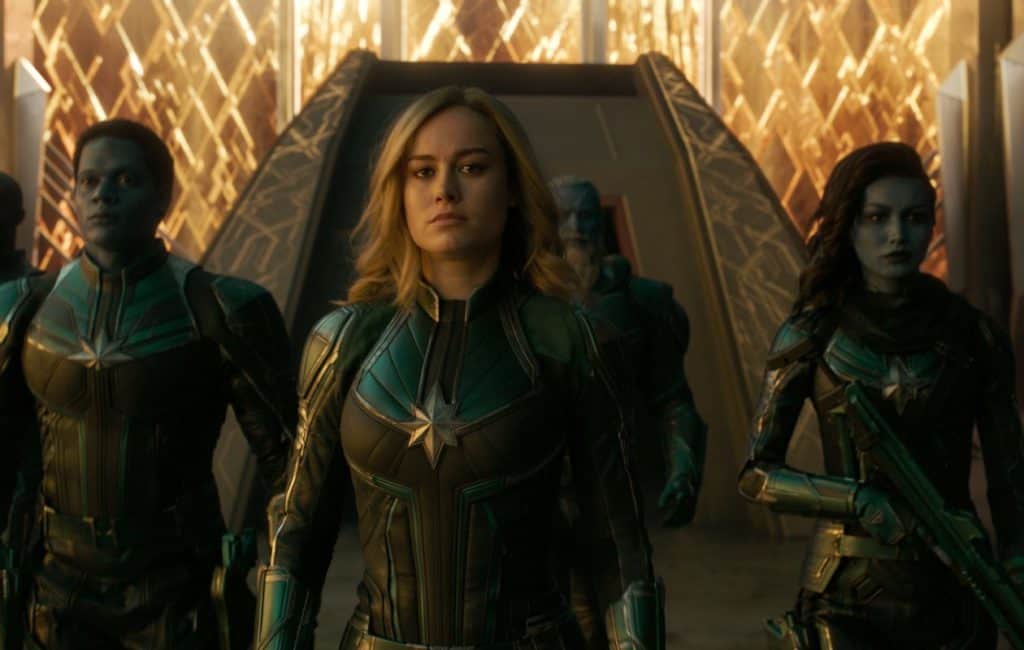 The deal this time is that the soon-to-be Captain Marvel is an amnesiac soldier from the cosmic Kree empire: an alien super soldier who can’t remember who she was or where she came from prior to becoming super-charged by an unknown artifact and brought up in Kree care.Â  After being captured by a shapeshifting alien force during a botched rescue mission, she winds up having some of her long-dormant memories unlocked and crash-landing on her one-time home planet: Earth.Â  There, she teams up with a notably younger Nick Fury and sets off on a continental roadtrip to find out the truth about her past, herself and the reason why she is as powerful as she is.

Like I said before, this is predictable, dependably good Marvel filmmaking: if not at its finest, than at least at its most solid.Â  Although each of these movies is ostensibly an action-comedy, the trend lately has very much had them dipping into otherwise unrelated genres, allowing them to borrow familiar elements and utilize them in thoroughly unexpected ways.Â  This is why, for instance, Spider-Man: Far from Home (2019) is a high school comedy, Black Panther (2018) is an afro-futurist sci-fi movie, Thor: Ragnarok (2017) is a neon-colored science fantasy and Ant-Man (2015) is a 90’s-styled heist flick.Â  The new twist that Captain Marvel adds is that it is a roadtrip movie: a lighthearted throwback to Easy Rider (1969), Rain Man (1988) and Little Miss Sunshine (2006).Â  Here, as in those movies, the journey is the destination and it’s all about our miss-matched leads learning about each other (and themselves) along the way.

In this, the film acquits itself commendably.Â  The intimate character drama between Marvel and Fury is compelling, it provides a solid framework and pathway to Marvel’s journey of self-discovery, mixes up the scenery anytime the story threatens to get a little too stagnate and provides the movie with ample opportunities for different-feeling action set pieces.Â  And I have to say, for as excited as I was about the shapeshifting Skrulls making their way into the MCU, I am more excited about what the movie decides to do with them than I ever was about their mere existence.Â  It’s the kind of clever twist that has pretty much become part and parcel with the MCU’s “formula,” but I’ll be damned if it doesn’t just work on every conceivable level.