Home
TV News
Looking Back on The TV Series Space: 1999 and It’s Influence on Sci Fi 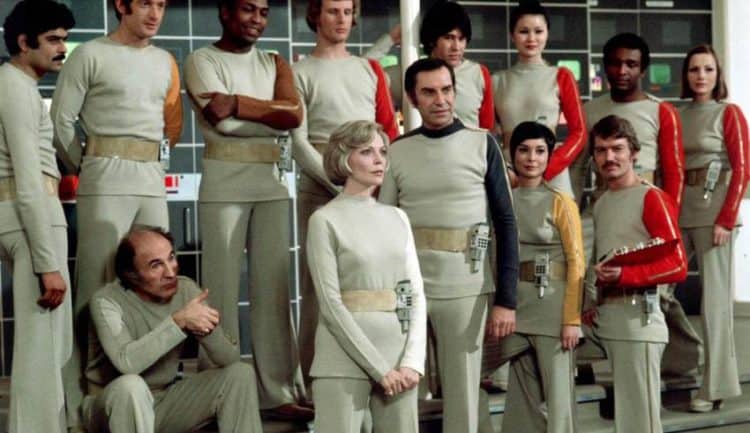 Space: 1999 had a very interesting but kind of ludicrous premise, which was that in the year 1999, don’t laugh too hard since remember that movies and TV have been showcasing the future for many years, mankind’s attempts to store nuclear waste on a secluded area of the moon backfired when the waste reached critical mass somehow and turned the moon into a giant rocket that propelled the team that was stationed on it out of Earth’s orbit and into a prolonged journey through space that continued on for about two seasons. It didn’t last beyond that but the idea of it was that it wasn’t meant to be a campy or even action-packed science fiction show. It opted to take the high road and actually create a show that was bent more on showcasing the science as much as the fiction, though it might have had to rely on the fiction a little more than it wanted.

It created a desire for a more serious science fiction show.

A lot of sci-fi shows focus mostly on action, sex appeal, and whatever it takes to get the viewer interested. One of Star Trek’s main draws was that Captain Kirk would sleep with just about any woman that would have him after all. But this show decided to take the high road until about season two when they attempted to bring in more sex appeal and drama due to lower ratings. It didn’t work since the show already had a reputation for being a bit dry and having a plot that was not only ridiculous but also seemed quite implausible. Given that it was trying to simulate the more scientific aspect of the fiction it presented it was a lot more dry and less appealing than many of the other shows that had come along. It was interest in that cobbled together an as of yet unseen plot device, but aside from that it had to rely on what people wanted to see.

The show gave rise to the need for more attention to detail and less emphasis on action.

This might sound a little boring and even contradictory to what any show would want but the idea of it would be to let the action come as it will while attempting to lay some logic down on the audience at the same time. It did that and unfortunately while some people enjoyed it, others found it to be just as plain as the uniforms used for the crew. In truth the color scheme was kind of suspect as they used some of the same colors from Star Trek but in different ways. This show was set and primed to be one of the greats and yet it kind of came out and meandered around rather than hitting the audience full speed. While the premise was interesting it didn’t follow a whole lot of the logic that it was attempting to instill within each episode. For instance, one would think that a singular blast from the nuclear waste would not only contribute to the gradual destruction of the moon, but that it would not be enough to knock the moon out of its orbit. There was likely some sort of explanation that went along with this, but the idea of it doesn’t quite make sense.

There was the idea that a moon colony could have been just a quarter century away.

Keep in mind this show came out in the mid-70s, when the mission to the moon was still on everyone’s mind. The idea that there could be people living on the moon was a thought that was still circulating and was possibly one idea that helped create the show in the first place. As for the date, well, there’s always been a fascination with the future and what might happen only one to two decades or so removed from the current time and place. The advancement of humanity has always been something that has fascinated people, and the idea that science fiction could eventually become science fact is something that many people are interested in. This show tried to embrace that ideal and run with it, but the unfortunate part is that they ran and just kept on running on autopilot it seems as their ideas started coming as though from a child that was picking and choosing from anything and everything their mind could conjure up.

The idea of the moon going through time warps and black holes without being destroyed was kind of a stretch, but then for a show devised in the 70s it was something that seemed allowable and was able to entertain people for a little while at least. Space: 1999 was a good try at the very least and if it had stuck to its guns there might have been a chance it could have stuck around to make more of an impact.