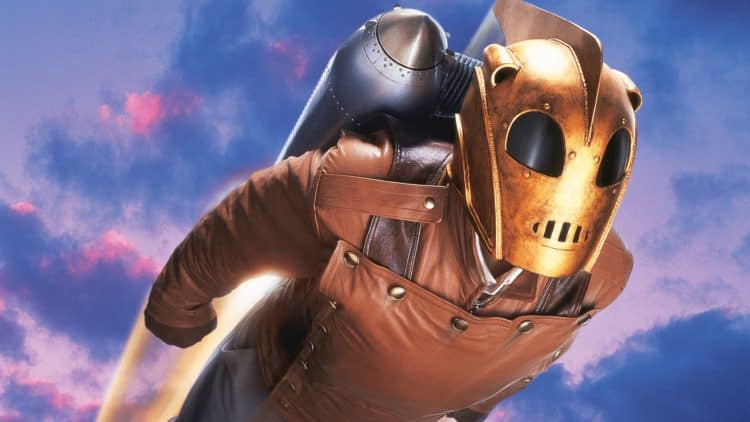 As Jeremy Dick of MovieWeb mentions, this movie was indeed a little before it’s time. The Rocketeer was one of the many movies that came out long before superhero movies were all that well-known on the big screen and was something that could have been great if it had been released a little later. But despite the lackluster performance it put up at the box office back in the early 90s it’s continued to gain a pretty impressive cult following over the years that has bee nothing short of amazing. In fact it’s been impressive enough that the movie is said to be coming back, though it’s more likely that we’ll see it on Disney+ than anywhere else since the Mouse House has more interest in adding it to the long list of properties that it’s already placing on the streaming service. It’s likely that is a much better idea since in an era when the superhero movies have managed to reach the current levels they’re at the Rocketeer is still a fan favorite but it’s also become somewhat outdated despite the fact that it still has a following. In a way the hero is a much simpler version of Iron Man without weapons and with the only capability being flight. But one big reason behind why it would need to be kept from the regular lineup is that it’s also a period piece, as the story happened back in the time of Howard Stark, if was decided to be allowed into the same universe.

Thinking that The Rocketeer would be allowed into the MCU is kind of hard to imagine at this point but with Disney it’s important not to rule anything out. For a sequel one can only hope that whoever is put in charge would agree to stick to the time period, perhaps travel a decade or possibly two forward, and keep the Rocketeer as a character that exists before the advent of the current heroes we have now. It was a fun story about a guy that didn’t really have many special qualities and found an experimental rocket pack by chance, so it’s fair to say that his status as a superhero was earned but still doesn’t put him on par with a lot of the heroes that are out there today. Keeping this character in the past would definitely be a way to use him as a blueprint for further movies since when you look at it the Rocketeer wasn’t anything other than a guy in a leather jacket, a helmet, and a rocket pack. It’s possible that he could carry a couple of smaller weapons but anything else would be hard to believe thanks to the idea of realism being somewhat important. Matt Kamen of Wired has something else to say about the upcoming project.

It is kind of amazing that people have latched onto this movie in such a big way though since back in 1991 it was a movie that a lot of people enjoyed, but like so many others it was almost forgotten by the time the next big thing came out and for years after that it was a faint mention at best and didn’t really warrant that much fanfare. But thankfully there are still those folks that happen to love some of the older movies in a way that allows them to hold onto such movies with the kind of dogged determination that keeps them alive and well within the scope of the public. It’s hard to think just how many titles that Disney has out there that people don’t remember as well, but the list is pretty long and for a while The Rocketeer has been a pretty constant resident of that list if only because people didn’t really recall the movie all that well. If you can remember that it was about a guy finding a rocket pack built by Howard Hughes and that he used it to fight Nazi’s that had infiltrated Hollywood then you’re doing pretty good since that’s a big part of the story. If you can also remember that his mechanic friend drew up detailed plans of the pack so that after it was destroyed then you’re likely a fan and have been waiting for this day for a while.

This time around, as though you couldn’t already guess, the part of the Rocketeer will be taken on by a young black female during the Cold War era, or so the synopsis goes at this point. The change isn’t the worst it could be, but it’s also enough to make a person roll their eyes as we have to sit and wonder just how many stories are going to be given the swap treatment. Hopefully the story will be kept as people remember it, since at this point being a fan favorite is still something to be proud of.