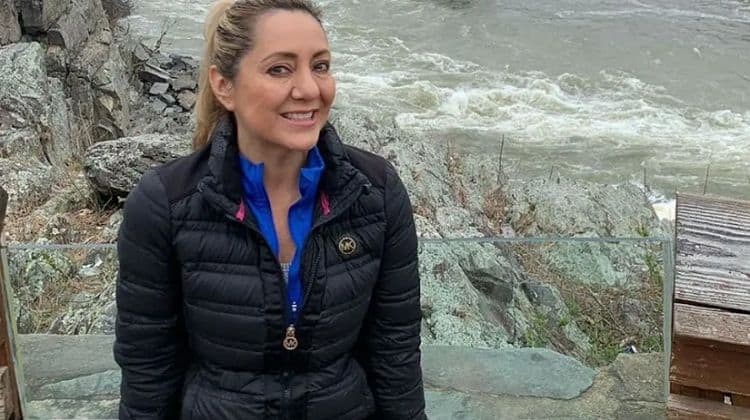 If there’s one person whose reputation definitely precedes her, it’s Lorena Bobbitt. During the early 90s, Lorena Bobbitt became well-known all over the world after several her husband’s penis while he slept. To most people’s surprise, Lorena was acquitted of the crime and went on to live her life. In the years since the incident, she has become infamous. Even if you don’t know all of the specifics, you probably have a general understanding of what occurred. Although she’s been relatively low key over the last 25 years, her name has started to circulate again thanks to a new Lifetime movie that tells her story. But who is the woman behind the legendary story? Keep reading for 10 things you didn’t know about Lorena Bobbitt.

Over the years, Lorena Bobbitt’s story has gone through a real life game of Telephone. People who aren’t old enough to remember the case have a different perception of who Lorena was. While some assume that Lorena was a middle class white woman from suburban America, she was actually an Ecuadorian immigrant. In fact, she alleges that her ex-husband used her immigration status as a way to control her and ensure that she didn’t file for divorce.

2. She Wants To Open A Shelter

The incident and subsequent trial changed Lorena’s life in countless ways, but mainly, it gave her a new purpose. Â Lorena is passionate about making sure abuse victims have a voice. One day she hopes to open a shelter for people who are suffering from domestic violence and other forms of abuse.

Lorena and John never had any children together, but she and her current partner, David Bellinger, have a daughter together. Lorena’s daughter, Olivia, is currently a teenager and Lorena admits that it’s been difficult trying to explain her past to her daughter.

4. She Never Got Remarried

Shortly after the trial, Lorena enrolled in college where she met David Bellinger. The two began as friends and study partners and began dating a few years later. They have been together for over 20 years at this point, but marriage likely won’t be in the cards. Although Lorena says she still believes in the institution of marriage, but she has chosen not to get married again.

5. She Still Maintains That She Was Abused By Her Ex-Husband

In 1993, Lorena alleged that her husband had raped and abused her and that is what led to her decision. John was tried for rape, but he was ultimately acquitted. However, Lorena still maintains that John was mentally and physically abusive during their marriage. She says, ” I was abused. He could have killed me. He choked me many times, and I felt like I couldn’t breathe.”

6. She Runs Her Own Foundation

To continue with her mission of helping those who have been impacted by abuse, Lorena started a non-profit organization called the Lorena Gallo Foundation. The organization is based in Virginia and has a mission to “prevent domestic violence through family oriented activities.”

Even if you’re innocent, going on trial can be a nerve-racking experience because you never know how the jury is going to decide. For that reason, lots of people decide to take plea deals whether they’ve actually done what they’re being accused of or not. However, Lorena says she was never interested in taking a plea deal. Instead, she wants to make sure she got the chance to tell her story.

8. She Turned Down The Chance To Make $1 Million

Most people would probably do just about anything to make a million dollars – but Lorena isn’t most people. During the 90s, she was offered a million dollars to pose nude for Playboy Magazine. She decided to turn the opportunity down and said she simply wasn’t raised to do things like that.

9. She Says She’s Happy About The #MeToo Movement

Lorena Bobbitt never planned on starting a movement, but that’s exactly what she did. Although John Bobbitt was never convicted of rape or any sort of abuse, the trial marked a turning point and became a catalyst for stricter laws regarding domestic violence. Some people even credit Lorena with helping to lay the foundation for the #MeToo Movement. Although she doesn’t like to take credit for that, she is grateful that the movement exists.

10. She Now Uses Her Maiden Name

As you can imagine, Lorena had a difficult time assimilating back into her life after the trial. There weren’t many places she could go without being recognized. Eventually, she decided to go back to using her maiden name, Gallo, and she continues to do so today.