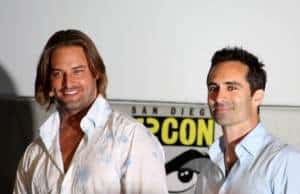 Many of the beloved cast and creative team from LOST have moved on to new projects, and they will be at San Diego Comic-Con next week! Below is an extensive list of where you will have the opportunity to attend their panels, obtain autographs, etc.

And in case you missed it earlier, here are my LOST-themed tips for surviving SDCC.

FOR BIG TALENT, MULTI-PLATFORM IS THE NEW MULTIPLEX

Bring your encyclopedia dust covers or any other Lost items for Tara to sign!

HER UNIVERSE: WHAT WOMEN WANT IN THEIR FEMALE SCI-FI HEROES

A Conversation with DOMINIC MONAGHAN

EW Lost gurus Jeff “Doc” Jensen and Dan “Dan” Snierson wax nostalgic about the past, with a surprise guest or two, and discuss how they’re “moving on” in the wake of Lost’s departure from the air a year ago. They will look to the future by previewing promising TV obsessions.

Join members of the ensemble cast, including TANIA RAYMONDE (Alex Rousseau), in a discussion about the challenges of bringing the comedy and horror genres together and how the team involved in this new MTV series bring all the elements of what they know best to the series.

LOST: A YEAR LATER WITH JAY AND JACK

Along with special guests like the Official Lost Podcast host Kris White, Jay and Jack from The Lost Podcast discuss the series a year after its controversial finale, and check in to see what former cast members are involved with now.

THE WRITE STUFF III: WRITING FOR GENRE TELEVISION AND BEYOND

ONCE UPON A TIME panel, Q&A and screening [moderated by DAMON LINDELOF]

THE VAMPIRE DIARIES screening and Q&A

ONCE UPON A TIME autograph session 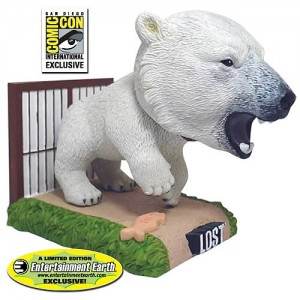 In addition, stop by Entertainment Earth booth #2343 any day to pick up a Dr. Arzt bobblehead and this year’s new SDCC exclusive bobblehead — the LOST Polar Bear!