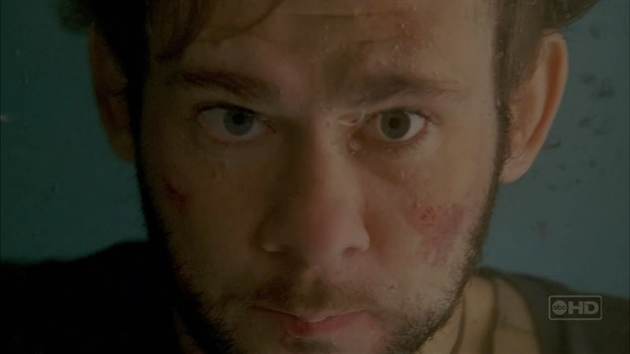 The word “water” might not sound like that big of a spoiler right now, but come finale time, it’ll probably have some new meaning. It was the final spoiler that Damon Lindelof gave during an Entertainment Weekly panel regarding LOST. In typical Darlton (a blend of Damon’s name with that of co-executive producer Carlton Cuse, for the uninitiated) style, though, no further information was given about that word’s significance, but it’s just vague enough that it probably has some huge significance.

Meanwhile, Darlton gave some pretty informative yes/no answers regarding the future of the series, as well as one maybe and one no comment. Here’s a rundown of what all they said, according to Entertainment Weekly‘s Michael Ausiello:

The answer is ‘yes’to the following:
Will Richard and Ilana exchange some words soon? Will we see another painting by Bender?
Do some of the characters’last names have significance, particularly Jack’s?
Is Jack married to someone we’ve met before?
Was Jacob telling the truth when he said someone was coming to the island?
Will we learn more about Hurley and Libby’s connection?
Will we see Vincent and Charlie again? Will we learn if Desmond was really on the plane?

The answer is ‘no’to the following:
Will we get a conclusion to the story of Ben’s love, Annie?
Do the purple circles in Bender’s mural mean anything?
Did Juliet’s ex-husband get killed by a smoke bus?
Will there be a DVD release of the show in chronological order?

The answer is ‘maybe’to the following:
Will the Hurley bird be explained? Will we see Walt again?

The answer is ‘no comment’to the following:
Will we learn why women can’t have babies on the island?