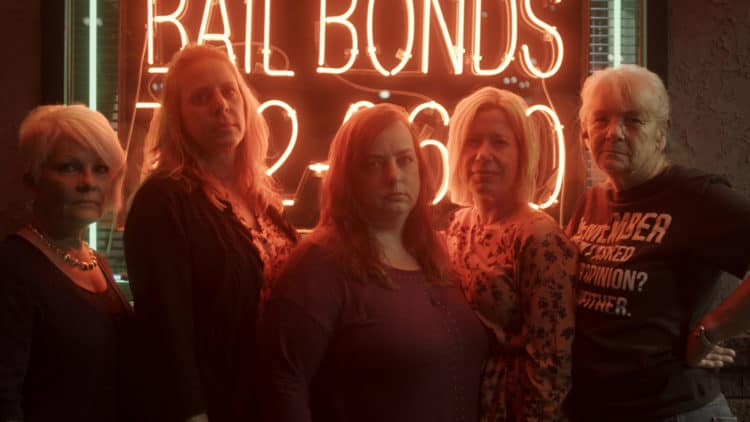 Love and fraud are two things that should never be written or spoken in the same sentence, but unfortunately these words find themselves put together far too often. Sometimes the people we meet and fall in love with aren’t who they say they are, and that’s what Showtime’s new docuseries, Love Fraud, is all about. The show follows the stories of real people who found themselves completely caught off guard when the man they were dating turned out to be a complete con artist. All of the women featured in the show have been manipulated by the same man, Richard Scott Smith, and their stories will shock you. Keep reading for 10 things you didn’t know about the Showtime series Love Fraud.

1. Richard Scott Smith Has Been Scamming People For Years

One of the reason Richard Scott Smith has been able to deceive so many people is because he’s had a lot of practice. Richard has been targeting women for nearly 20 years. Each women he’s able to successful scam makes it easier for him to move on to the next one.

What Richard Scott Smith did to his victims wasn’t just emotionally abusive, it was illegal as well. Not only did he commit identify theft, Richard often stole money from these women or left them with large amounts of debt. Sadly, these types of cases aren’t always taken seriously because people tend to blame the victims.

3. The Series Aired At The Sundance Film Festival

Although Love Fraud is just now making its way to the TV screen, it’s actually been out for a few months now. It was part of the 2020 Sundance Film Festival which took place earlier this year. Now that the project will be shared with a wider audience, it will be interesting to see how people respond to the story.

Love Fraud isn’t just about a bunch of women who are sitting at home and telling their stories. These women don’t just want camera time and sympathy, they want revenge. They also want to make sure that Richard is never allowed to run his games on another woman again.

5. There Are Four Episodes

Love Fraud is technically a mini series that will air in four parts starting on Sunday, August 30. The series has been highly anticipated for months and some people are already discussing the possibility of a season two. Since stories like the ones told on Love Fraud unfortunately happen all the time, there is definitely enough material out there to turn this into a full length series.

6. Viewers Will See Just How Common ‘Love Fraud’ Is

Admit it, when you hear stories about women who have gotten scammed by men they met online, you automatically think that the women should have been more careful, or that there must have been some glaring red flag that they missed. Although most people think fraud is something that could never happen to them, the truth is that it can happen to anyone. As the stories on Love Fraud unfold, viewers will see just how hard Richard worked to deliberately manipulate the women he was involved with.

7.  Richard Scott Smith Actually Married Some Of The Women

Several of the women who were involved with Richard weren’t just dating him, they were legally married. Of course, being married complicates the situation even further and makes it even harder for them to prove that they were duped. What’s even worse is that no one knows exactly how many women Richard was involved with. All of the victims weren’t featured in the series, and there are likely countless others who are too embarrassed to come forward.

8. Smith’s Victims Created A Blog About Him

Once Richard’s victims started to realize there were several of them, they decided to team up to try to find him and get the revenge they all deserved while also warning other women to stay away from him. The blog is still active, but it may contain some spoilers so click at your own risk.

Once a bounty hunter gets involved in a situation, you know it’s real. A female bounty hunter named Carla was brought in the loop to help track Richard down. Not only did she want to find him because it’s her job, but as a woman she knew how important it was to get this guy off the streets.

10. The Show Explores The Realities Of Dating

One of the things the show explores is just how real the concept of ‘stranger danger’ can be. Seriously, dating can be overwhelming – especially when it involves dealing with someone that you’ve never met before and who isn’t associated with anyone else you know. Whether you met someone on Tinder or at a bar, the truth is that it’s always smart to exercise caution when getting to know someone.