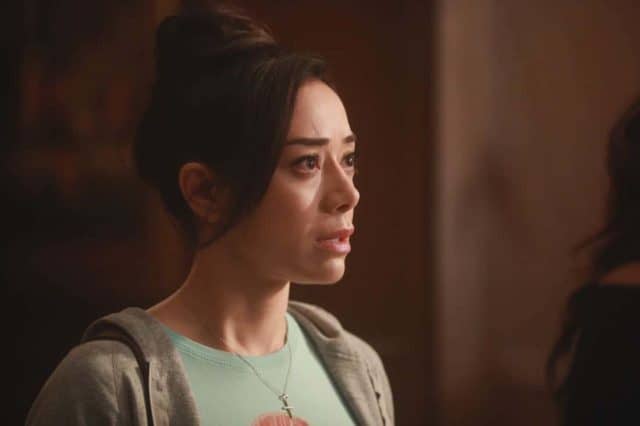 Family. We would do anything for them. Though what if they commit a crime? Can we still trust them enough to help or let the authorities deal with them? On tonight’s episode of Lucifer, Ella takes center stage as she enlists the help of Maze to track down her brother Jay after a diamond dealer lies dead in his home.

I understand Ella’s attempt to track down her brother and talk some sense into him. I mean, he is family after all. However, that does not excuse the fact that the older Lopez child kept the stolen diamonds somewhere in Nasser’s home. The forensic tech puts a lot of faith in her older brother. It would be a shame to see that belief shatter like it meant nothing. Kudos to the Devil for figuring out the truth towards the end of the episode. That, and threatening to come after Jay should the latter hurt his sister.

Meanwhile, Pierce visits Amenadiel at LUX, and the two get into a long fight that left both of them out of breath. Pierce wants the archangel to remove the Mark of Cain, but Amenadiel said that although he put the mark there, he has no idea how to remove it. Also, why would Pierce need to re-tattoo the mark everytime he heals? If it’s connected to his ability to self-heal somehow, why cover it up?

Dr. Martin also gets a visitor of her own as Charlotte Richards comes to the psychologist for help. The good doctor did not want to treat Charlotte because the former attorney used to be Mama Morningstar. Memories of her near-death experience with the Goddess of All Creation rushed to the forefront. In the end, though, Dr. Martin offers to treat Charlotte. It also seems that the doctor needs some therapy herself if she is to get past this traumatic event in her life.

Back to the case, turns out the killer is the insurance guy, Don Zeikel. He worked together with Nasser to steal the diamonds and then split the money afterwards. Nasser got greedy, and Zeikel kills him for not holding up his end of the bargain. It is also revealed that the whole stolen diamonds thing is an insurance scam set up by Tiffany James, the owner of the store that Deckerstar visited while pretending to be an engaged couple. Yeah, when desperation hits, one will do anything.

Detective Decker calling Lucifer cheap during their brief undercover schtick at the jewellery store. I mean, good on her for using her Real Housewives knowledge to the test, but the Devil is not cheap. Guy has more money to burn than anyone. Still loved the scene though! I love me some Deckerstar goodness!

Maze telling the Lopez siblings to be civil after Ella hits her brother with her shoe. Never thought I’d see the day. That, and using one of her blades to kill Zeikel. Usually, the demoness would be giddy at the violence.

The scene where Trixie is “training” with sparkling cardboard daggers is adorable. Also, matching sushi shirts with Ella. Coincidence?

Luci-boy, watching the Da Vinci Code and its sequels does not help you with your plan to stick it to your old man! On the other hand, I’m sure that Tom Hanks appreciates the shoutout and for the national treasure compliment.

Lucifer returns with all new episodes after the Olympics on Feb. 26 at 8/9c. Photo via FOX

Chloe and Lucifer’s investigation into the murder of a diamond dealer points to Ella’s older brother as the primary suspect while Dr. Martin is upset when Charlotte comes to her for help in this week’s Lucifer.