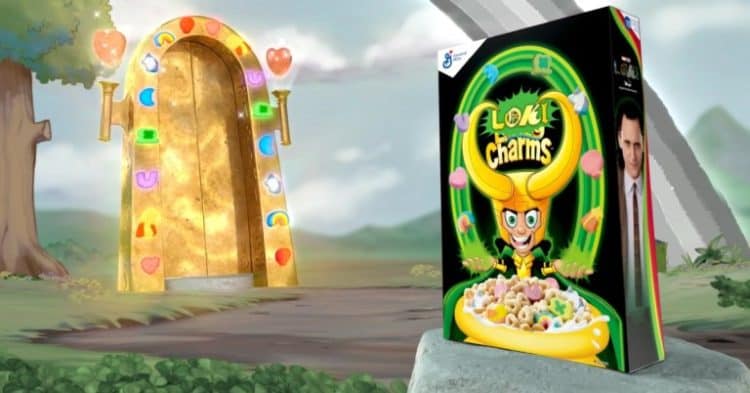 A lot of people have Loki on the brain right now since his show is coming up quickly and is expected to be a pretty big hit since people have been talking about Loki ever since it was mentioned that he’d be getting his own show. Obviously people wanted to know first and foremost how that could possibly happen since it appeared that he was good and dead during Infinity War, and he wasn’t coming back. But, in what can only be described as a moment in which it became obvious that the MCU wasn’t ready to say goodbye to a popular character just yet, Loki was given a way out using the tesseract in Endgame when the Avenges had to travel back in time to retrieve the Infinity Stones. It’s been said that everything was planned from the start and there’s no doubt of that, but it’s still evident that Loki wasn’t destined to be let go of yet, and if things go the way that some might be expecting them, it might still not be the right time to simply let go of him since the trickster god is known for finding each and every angle he can use in order to get his way.

Against the TV that might be kind of difficult, but when co-opting a breakfast cereal it definitely looks like a thing of ease. The idea of Lucky Charms getting in on the whole Loki craze isn’t too far out of bounds, but it is kind of interesting that this would be the idea for the character, even though his name plays into the gag quite well. Imagine, Loki Charms, they’re magically suspicious. That should likely make any person weary of their breakfast cereal the moment they hear it really. But one can easily guess that MCU fans are going to be looking for this limited release item and some might even leave the box unopened when they get it in order to try and turn it into a collector’s item. Ten to twenty years down the line the cereal inside is either going to be petrified or dust, or both.

People collect some strange things to be certain, and food items, those that aren’t bound to rot and smell over a period of time, are certainly among them. The benefit with cereal is that if a person doesn’t open it then there’s a good chance that it can just, y’know, sit there, as part of a collection. Some might actually open it, eat the cereal, then reseal it, possibly with the precision and care that a surgeon takes when operating on a patient. Obviously that’s an exaggeration, but the fact is that MCU fans are likely going to want this cereal and will be on the lookout to be one of those that can snag their own box for $8. There are only going to be about 3,5oo boxes available so it’s easy to think that they’ll sell out quickly. They’ll be released on June 9th, the same day that Loki will be premiering on Disney+, so it’s likely that not only with the Disney server be flooded, but the server for those doing the selling could be flooded as well. This is the type of thing that some folks might actually stay up until midnight or later to procure, while others might realize that the box is what they’re really paying for and will be content with the show.

How far Loki is going to be taken as a character is anyone’s guess since if he does get to stay alive past his own series it could be setting a very unwelcome precedent that’s already been seen in the movies, the fact that death doesn’t have much of a hold over anyone in the Marvel universe. Even in the comics, it becomes a bit of a stretch to think that people can keep coming back to life somehow and that alternate dimensions can explain away the multiple appearances of the same character. At some point, the idea of true death needs to be faced since otherwise, things get a little boring and a little too predictable. The only issue is that with Loki, true death isn’t always ‘true’ as it’s been seen in his time in the movies since he always has something up his sleeve so to speak, some trick that will allow him to sneak away and come back again at another time. A lot of people were hoping that was the case in Infinity War, but it was made pretty clear that he was dead, that Thanos wasn’t going to be tricked, and that there was no coming back, at least until the Loki series was thought up. There’s no telling if Loki is going to a limited series, but the cereal certainly will, so if you’re interested in getting a box it’s time to start the countdown.