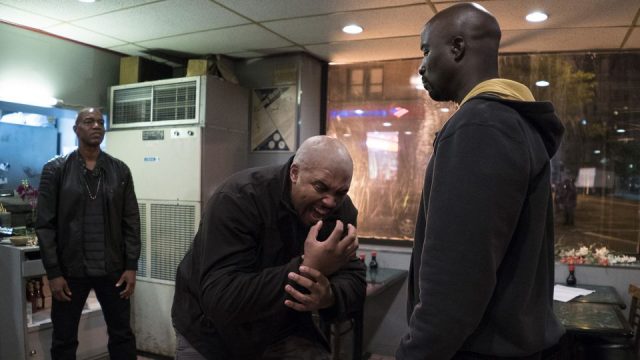 Marvel’s Luke CageÂ has easily been one of the most anticipated new dramas of 2016. After Mike Colter’s breakout performance as the Power Man in last year’s Jessica Jones, Marvel fans were anxious to see what the actor could bring to a show of his own. Would Colter be able to anchor a Luke Cage series and help it reach the same quality ofÂ Jessica JonesÂ and Netflix’s other Marvel series,Â Daredevil?

The answer, after one episode at least, is a resounding yes. Colter continues to fully embody the character of Luke Cage, who finally gets to take center stage as the action switches from Hell’s Kitchen to Harlem, where Luke tries to remain off the grid, working two jobs that he’s clearly overqualified for. One of those two jobs is at Pop’s barbershop; Luke sweeps the floor and cleans the towels for Pop, who acts a type of father figure to Luke. Pop knows about Luke’s powers, and while he’s happy to give him a job so that he can pay his rent, he’s always encouraging him to be something more, to move forward and become the hero that he’s so clearly capable of being.

However, for much of “Moment of Truth,” Luke remains paralyzed by his own past, unable to take the next step in his life as memories of his lost love, Reva, and flashbacksÂ of his time in jail haunt him. He allows his own history to define his future, fearing not only what him getting mixed up in the crime world of Harlem could do to those he cares aboutÂ but also the darkness that his involvement could bring out in himself.

Ultimately, though, in one of the premiere’s most powerful moments, Luke gains inner strength (he doesn’t need any help with the outer part) by confronting his past. He looks at a photo of Reva and remembers what she was to him, how she made him a better person. By allowing Reva inside his heart again, Luke allows himself to transform into the hero Pop believes he could be, and he takes down the thugs trying to intimidate Connie and her husband in spectacular fashion.

But even though Colter’s Luke is obviously the main focus of Luke Cage (and one of the best parts of it), it would be wrong of me to neglect to mention what else makes this first episode so terrific. Really, it’s everything that surrounds Luke; within one hour, theÂ Luke CageÂ creative team is able to create such a vivid and distinct world around its hero. Just like Hell’s Kitchen inÂ DaredevilÂ andÂ Jessica Jones, Luke Cage‘s Harlem has its own vibrant details and colorful characters; the setting feels like a real and authentic location that these comic-book characters are inhabiting, and it brings a very unique (and very welcome) mood and tone to the series.

And then, of course, there’s the excellent supporting cast, specifically Mahershala Ali as Cottonmouth and Simone Missick as Misty Knight. Ali brings a quiet rage to Cottonmouth, until the character allows that anger to explode when he beats Shameek to death. Cottonmouth’sÂ businessman persona and his uncontrollable viciousness are similar toÂ Daredevil‘s Wilson Fisk; however, there’s a style confidence, and superiority to Cottonmouth’s character that Fisk never possessed. If Fisk was the kid that got bullied in school, Cottonmouth was the bully.

Meanwhile, we don’t get a ton of Missick’s Misty Knight in “Moment of Truth,” but what we do see from her is very promising, especially Missick’s chemistry with Colter. From the moment Luke and Misty meet, there’s an undeniable spark between them, and while their potential romance is certainly something I’m excited for Luke CageÂ to explore, I also want to see more of Misty in her role as a cop and learn what exactly what her plan is to take down Cottonmouth.

The only underused supporting player inÂ Luke Cage‘s premiere is Alfre Woodard as Cottonmouth’s cousin, Councilwoman Mariah Stokes. Woodard gets even less to do than Missick in “Moment of Truth,” but anytime she’s on screen, she’s magnetic, effortlessly shifting between the dual sides of Mariah: the corrupt criminal and the inspiration politician. I can’t wait to see more from her.

Overall, “Moment of Truth” is a very strong first chapter in theÂ Luke CageÂ story. It quickly establishes Marvel’s version of Harlem and all the major characters, both criminals and heroes, that will be playing key roles throughout the season. Plus, the premiere features great action, wonderful performances, and a fantastic soundtrack.

“You want some?” Luke asks the criminal at the end of “Moment of Truth.” After this first taste ofÂ Luke Cage, I certainly want a lot more and can’t wait to see what the next 12 hours of this series have in store.

What did you think of the first episode ofÂ Luke Cage? Comment below and let us know. 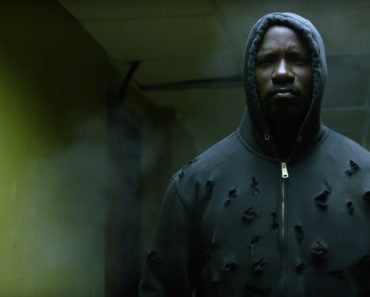 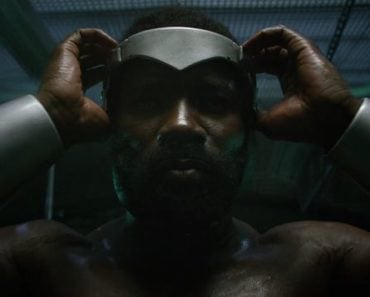 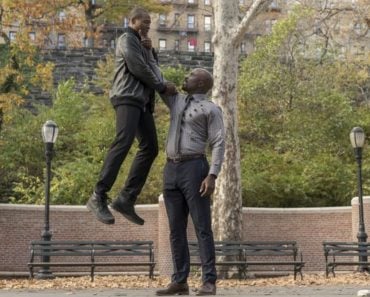 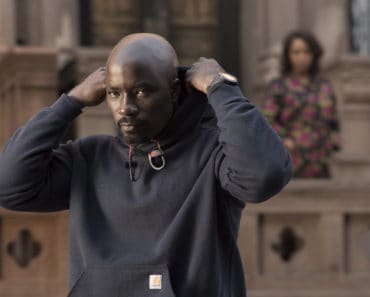 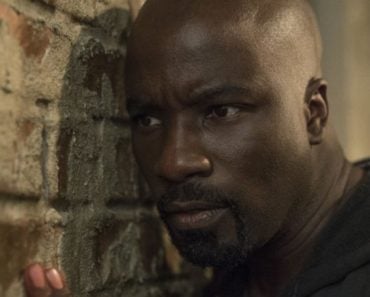