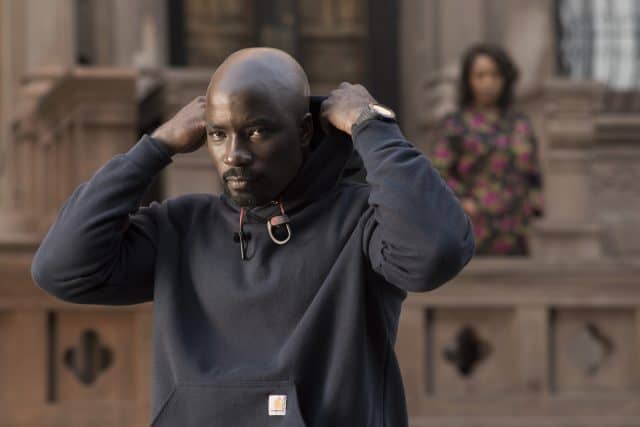 Because of the nature of the series, the writers at TVOvermind decided to split up the task of reviewing each episode ofÂ Marvel’s Luke Cage, the latest series to come from Marvel and Netflix. For me, I’ll be taking the sixth and seventh episodes of the season, so I get to discuss the mid-point of the season (which, if it’s anything like the three Marvel/Netflix seasons that came before it, would prove to be a big turning point for the show).

Unlike a lot of people, I haven’t beenÂ quite as enthralled byÂ Luke Cage through its first five episodes as I had hoped. Luke was one of my favorite parts ofÂ Marvel’s Jessica Jones (easily my favorite of the Marvel/Netflix series yet), but something has just felt a little off to me with this one. I’ve enjoyed it, but not nearly as much as I would like.

With that in mind, let’s talk about episodes 6 and 7, titled “Suckas Need Bodyguards” and “Manifest,” respectively.

The best thing that these episodes do (particularly “Suckas Need Bodyguards”) is tieÂ Luke Cage a little more into the Netflix side of the Marvel Cinematic Universe. The little voice cameo by Trish Walker during her radio show is a fun way to directly call back to Luke’s debut inÂ Jessica Jones, but the re-emergence of Claire Temple is doing wonders for the series. She entered the world ofÂ Luke Cage briefly in episode five, but she became a main character in “Suckas Need Bodyguards.” In every Marvel series, Rosario Dawson gives spectacular performance after spectacular performance, but her turn inÂ Luke Cage is better than ever. Moreso than even onÂ Daredevil (where we’d spent the most time with her by far before this series), Claire is completely in her element here. The addition to the cast not only boostsÂ Luke Cage, but it really does a good job building her character even more. So far, Claire Temple is the only line that we have acrossÂ every Marvel/Netflix series, and it really is important that she feels like a complete character. Luckily, we have that (and a whole lot more) here. Also, how great is SÃ´nia Braga as Claire’s mother, Soledad? It’s easy to see how Claire became the strong (and beautifully sassy) woman that she is.

Speaking of strong women, Misty Knight is clearly the best character on this show, right? I’ve absolutely loved seeing more and more layers of her peeled back with every episode, and it’s crazy how well-developed she is after only a few episodes. It’s also cool seeing her as a Claire Temple-esque hero, considering she doesn’t have any superpowers of her own. While it isn’t a superpower, though, she does have a very cool “Misty-sense,” as I like to call it, in which she’s able to completely understand a crime scene and what happened there. It’s a veryÂ Sherlock-type of gift that can be explained more through reality than something like Luke’s bulletproof skin, and it juxtaposes nicely with the more typical superhero-ness that Luke exhibits. 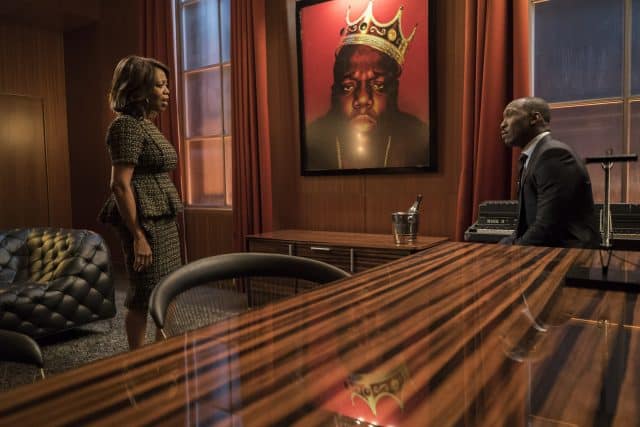 Cottonmouth was frequently described as serving the function of the second hero onÂ Luke Cage, and I absolutely loved his development on the series. In every single way, he felt like a real-life crime boss that was stuck in a Marvel world, and it worked on every level. With that said, it’s clear after “Manifest” that his story was really intended to serve Mariah’s journey more than anything else. It’s true that one of the most intriguing and engrossing elements of these first seven episodes has been the growing darkness of Mariah that has increased more and more with the more that we learn about her past and her current actions. Mariah is a completely different person underneath the skin than she is on the surface, and Alfre Woodard has done an admirable job portraying the villain. Now that the character has fully embraced that side of herself (at least as far as the audience is concerned), it’s going to be fun seeing how things progress from here on out. In a lot of ways, the twist on the series completely changes our expectations for the story, so major props to the writers for a job well done.

The action scenes onÂ Luke Cage have been the weakest element from the beginning, and it’s often felt like there wasn’t even any fight choreography established before shooting a scene (the worst example was in the first episode, but it’s been present throughout). Things have gradually improved as the series has gone on, though, but the strongest fight sequences are easily the ones that don’t involve Luke. The best example so far would be the scene that kicked off “Suckas Need Bodyguards,” but there definitely needs to be a rethinking of Luke’s use in the action in the future.

Conversely, the strongest element has been the writing on the series (particularly in the dialogue), and you almost don’t even realize that you’re being flooded with exposition because the dialogue is just so good. It was brief, but my favorite little conversation scene so far has been the one between Mariah and Luke in which he said that he’s going to take down both her and Cottonmouth, and it served as one of the deepest and multifaceted conversations that Marvel has shown yet with their Netflix series.

In my opinion, “Suckas Need Bodyguards” and “Manifest” can easily be considered the best two-episode stretch ofÂ Luke Cage up until this point. The addition of Claire Temple is the best thing that’s happened on the series, and a lot of that probably has to do with the fact that it directly gives someone for Luke to play off of (as great as Misty is, she doesn’t serve as a foil to Luke very much right now). The twist on the series’ story is also shockingly effective, and it succeeds in throwing expectations up in the air. For the first time since starting this series, I can’t wait to watch the next episode, and that’s the biggest compliment that I can give the episodes.

What did you think about episodes 6 and 7 ofÂ Marvel’s Luke Cage? What have been your thoughts on the series through this point? Sound off in the comments down below!

Because of a successful twist and the addition of Claire Temple, “Suckas Need Bodyguards” and “Manifest” is the best two-episode stretch of the series so far.