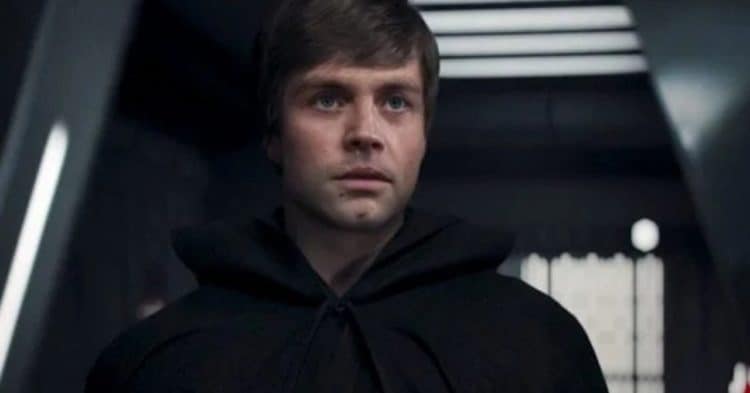 Those fans that were already getting emotional over this reveal in the season 2 finale of The Mandalorian are probably going to go nuts all over again when listening to this track laid over the scene since the return of Luke Skywalker, at least in this episode, was enough to get a lot of them squealing like over-excited children as the Jedi master showed up with his green saber blazing. There had been a great deal of speculation over who would show after Grogu initiated the call, but many might have been hoping for Skywalker to show up simply because he’s been one of the favored Jedi for a long time now. Seeing Ahsoka was definitely a treat for a lot of people since the Togrutan Jedi was someone that people were hoping would show up during the season, and it’s been surmised that she might actually make her way back to the show again in the coming season, but nothing is for certain at this time. What we do know is that Luke Skywalker came in with his lightsaber flashing, creating an image that a lot of people were hoping to see and one that a lot of folks likened to Vader’s rampage in Rogue One when he was seeking the plans to the Death Star that had been boosted only a short time before he arrived.

Luke and Vader’s approaches did serve a similar purpose since they were both after something important, but the differences were just as obvious since Luke came to save, while Vader came to destroy. But both were equally impressive simply because Vader is Vader, there’s no getting around that. But this version of Luke is what people were hoping for in the most recent trilogy, not the broken-down old man that had fled to another world because of his failure with his student and the loss of his academy. There have been several theories as to why this happened and even explanations of why it needed to happen that way, but the fact is that everyone is going to see the story the way they want to see it. One hang-up though is going to be what happens to Grogu since we already have a working knowledge of the canon as it’s been accepted and understood that the Jedi academy was destroyed by Kylo Ren and his knights. That leaves the question of whether Grogu was able to get out in time and find his way elsewhere, or if he was among the casualties. Thinking the worst isn’t something that a lot of people are interested in doing, but it’s kind of natural since thanks to the trilogy there’s not much else to think.

But it’s a big galaxy, and there’s always a chance that Grogu was matured enough to make his way out into it rather than be destroyed along with the academy, plus, there’s also an idea that Luke would have been able to get the little guy away before anything could happen to him. Maybe he even meets up with Ahsoka at some point, or another Force user, and charges them with Grogu’s safety when he knows everything is lost. It’s hard to say at this point since the writing for The Mandalorian has been far superior to the movies as of now, and trying to reconcile the two is bound to be a little tough since many upon many Star Wars fans have vilified the movies so much that trying to gain at least a little bit of redemption has only been possible through this show at this time. What’s in store for Star Wars looking forward is already exciting to think about since a lot of shows and movies are being planned, but it’s easy to think that there are going to be a few missteps here and there if only because it’s very likely that certain writers will go off on their own tangents and fans will be less than pleased about it. But one thing to remember about Star Wars is that there are a lot of stories out there waiting to be told, and some might be entirely different than anything we’ve seen to date, meaning they might not feel as though they belong within the scope of the overall story.

It’s great to see nods back to the original trilogy such as this now and again since up until now we’d never really seen Luke go full-out with his lightsaber in hand on multiple opponents, and especially not with this level of skill. Return of the Jedi was about as close as it came, and the choreography between then and now has definitely improved in a big way, enough so that people are actually excited to see more if that’s the decision that Disney makes.