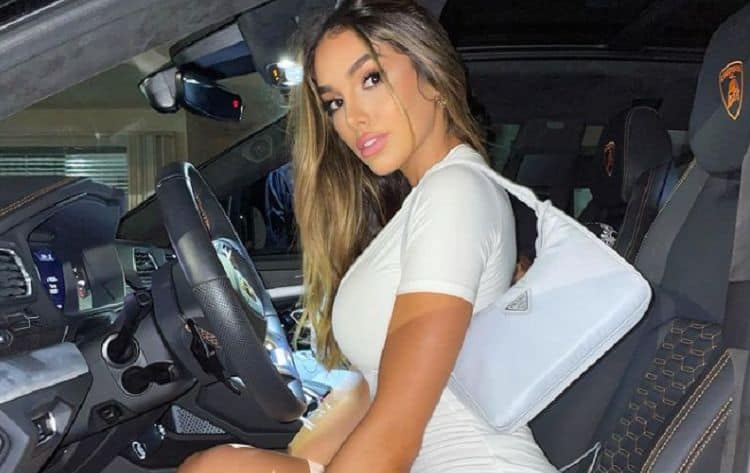 Who is Lyna Perez? We know she’s big on the internet, but what else do we know about her? She’s been working as a model since she worked with a friend in school on a project about photography. She knew then it was something she wanted to do with her life, but she also knew she had to finish school, she had to do what her parents wanted her to do, and she couldn’t really do any of the modeling she wanted to do until she was a legal adult and had the ability to go out and make things happen for herself. She’s a huge social media model, influencer, and a woman so many people follow, and we know a little about her.

She’s a model, and she’s been doing this with her life since she was around 14. She got her start modeling when she was young, but she did not turn this job into a full-time career until she was an adult. By the time she was 18, she was modeling full-time.

2. She is Confident in a Bikini

Her entire Instagram account, her website, and every channel she has for herself are her. Her in a bikini. She has a great body, and she’s not afraid to show it off and make sure the world knows she’s confident. Her biography on the ‘gram says she basically lives in a bikini, and she’s not making that up.

While we cannot find much information about her childhood or her life outside of social media and modeling, we did find out she’s a Floridian. She was born and raised in Florida, though she never specifies where specifically, we believe she is from the Miami area.

She’s still quite young, though she is nowhere near as young as some of the other women who are modeling on social media. She looks amazing, though, so no one really cares that she’s not 20. She is, however, 28, until November 4, 2021. She was born in 1992, so she’s about to celebrate her 29th birthday.

Biggie Smalls is an icon. The late rapper was at the top of his game at the time of his untimely death, and she was – and still is – a big fan. Of course, you don’t grow up in the 90s and not have a love of B.I.G.

Her modeling and her life in a bikini are doing well for her. She’s managed to accumulate more than 7 million followers on Instagram alone. She uses her space on this part of the internet to share herself wearing – you guessed it – a bikini. She loves it, she has a huge following, and her engagement rate is high.

7. Summer is Her Favorite

Again, we feel as if we could have guessed this ourselves based on her very obvious love of wearing a bikini. Though, maybe not. She is a Floridian, so she can wear a bikini most every day of the year considering we don’t actually have seasons other than summer down here. However, she’s a summer girl through and through, and most will agree with her that it is the best season.

8. She Collaborates with Major Brands

Her Instagram might seem personal, but it is her business page. Her body is her business, and it’s how she makes her money. She collaborates with major brands to promote their product to her 7 million followers. Some of the biggest brands she’s worked with and is working with right now include brands such as Bang Energy Drinks.

There will be some people who disagree with this statement after going though her photos. However, posting bikini pics and barely-there clothing photos is one thing. Not speaking about her personal life or giving away any personal details of what she’s up to behind closed doors when she’s not in front of her camera working with brands is another. She might share a lot of revealing photos, but she’s a master at not sharing any personal information about her life. She’s a pro when it comes to keeping her private life to herself.

She takes great care of her body and her mind by working out. She regularly refers to her workouts, and she insinuates she enjoys hardcore workouts in the gym as well as things that work her mind and soul, too. Yoga is a big thing to her, and we appreciate that.