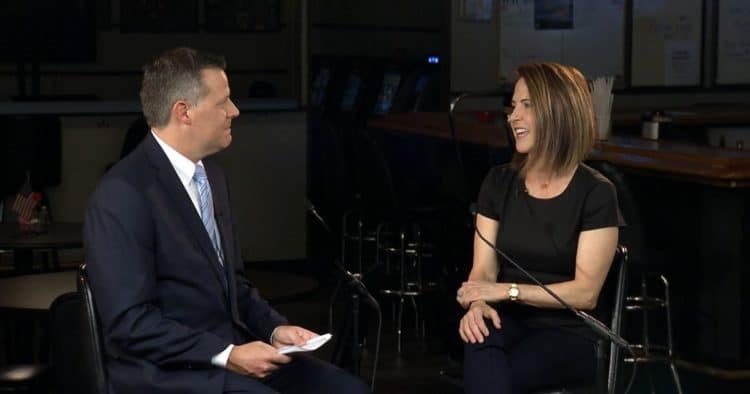 Many people never think twice about the people who work behind the scenes in Hollywood. It’s all about who is in front of the camera that’s important to many. Who is starring in what new film? Who wore what, and who is dating who, and is she pregnant or having a baby or getting a divorce? The faces in front of the camera are the ones we see, so they are understandably the ones that we notice and care most about. However, people like Lynn Novick are the reason we get to see those faces in the first place. She’s a director and a producer and while she does not work in front of the camera, she and the others in Hollywood just like her are the reason we get to see so many entertaining works.

1. She Was Not Always in Film

Before Lynn Novick decided to get into film, she was a woman who chose to work elsewhere. She worked for the Smithsonian. She was a research assistant at the National Museum of American History. Her job there sounds fascinating, but it ultimately was not her dream job.

2. She Began Working in New York

Novick’s first job in television was as a production assistant in New York. She was at WNET in Manhattan, and that is where she learned to do what she’s currently doing. That kind of hands-on experience is second to none, and she worked her way up the ranks quickly.

The year was 1994. Novick worked on producing a nine-part series called “Baseball,” and that was the year she received an Emmy Award for the work she did on that project. It was her first, and we imagine it was a moment she will never forget.

She first read Hemingway when she was in high school, and she’s had an affinity for his work since. She and her long-time work partner, Ken Burns, have a new project. It’s a documentary all about Hemingway and the life he led, the way he wrote, and the way that he changed the world as an author.

One thing that’s important to Lynn Novick is her workouts. If she’s feeling well enough to get up in the morning and work out, she does it. She gets up around 6 when she’s working on a new documentary, she works out, and she does what she can to stay healthy. However, she’s very cognizant of her overall health and will not push herself if she’s dealing with an injury or another ailment.

6. She Calls Email a Black Hole

She’s not wrong, either. It really is. It’s such a dark place to go every single morning when you wake up. It’s like connecting yourself to everything in the world first thing, and it’s not easy to come back from that and find some simple peace and enjoyment in the world outside of that.

7. She Likes to Work Out

Something that she really finds pleasure in is working out. She loves to run or to work on her strength as often as possible, and it is something she finds pleasure in doing. While many people feel it is something that requires ample discipline and an unhealthy vision of ‘you must do it,’ when they view their own workouts, Novick feels it is a pleasure. It is not a chore for her.

8. She is Very Private

Lynn Novick shares what she shares, and she is not worried if you know more than that. She’s not interested in sharing her personal life with the world. She shares as much as she feels she can in her documentaries. What does that mean? It means that you can always learn a bit about her by what strikes her as so interesting she feels she needs to create an entire documentary around it.

9. She Knows Confidence is Important

Even when you don’t know what to do, you should have the confidence to try it out and see if it works. It’s a belief she lives by, and we have no doubt it is that belief that has led her to find so much success in what she does professionally. At the end of the day, most of us have no idea what we are doing. We just try it out and hope it works. If it doesn’t, we’ve learned from it. If it does, we are successful.

10. She Was a Focused Mother

Both of her kids are in their 20s now, and they no longer live with her. However, when Novick was raising her kids, she did not work full time. She did not have a cell phone. She focused on her kids. She was there with them. She worked when she worked, but she did not work when she was with her kids. That’s so important.