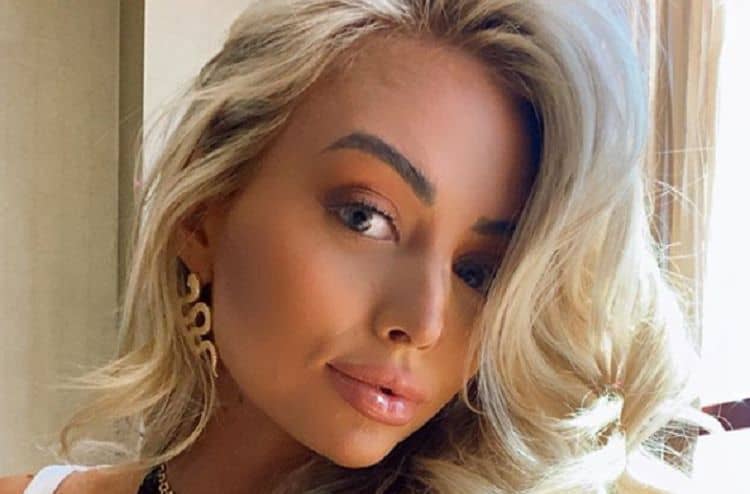 She’s blonde, she’s beautiful, and she’s got a lot of people wondering who she is and what she’s been up to all this time. She’s Love Island cast member Mackenzie Dipman, and we can say from the start that people are intrigued by her. The new reality show star is already gaining fame, and everyone is curious what she’s got going on. We figured we’d take a few moments to help you all get to know her a bit more, and we have found all you need to know about this young starlet who will probably be a household name before much longer.

She’s from Scottsdale. She knows a thing or two about being in the West and living in that high heat that hits all the time. We don’t know much about what her life was like growing up, however, so this is something that we might still learn about her.

She’s not a woman who has had much luck in love, if the fact that she’s on a reality show about finding love didn’t give that one away. She’s got so much going on in her life that she rarely has it all figured out, and that’s all right. She’s someone who will find someone to love and who loves her in return when the time is right.

She adopted a dog. She credits her senior citizen pup for making her a very happy person, and we have to sit back and agree that this is something really spectacular. She adopted an elderly dog from a local animal shelter, and it’s been the greatest thing she’s done.

Some people have a type, and we think that this might be the kind of type she likes. She only dated men who have millions in the bank, and that’s something that her future boyfriends might want to know. She likes a man who takes care of himself.

She loves sports, and she’s hopeful that the man she meets also loves sports. She doesn’t say which specific type of sports she’s interested in doing, but she’s interested in sports. We assume she won’t have a hard time finding people who will fall in love with that personality trait, though. She says that she typically knows a lot more about sports than most of the men she knows, and we can see that as being true. She does seem very into them.

And it doesn’t deviate, either. She’s had a thing for Matthew McConaughey since she was only 5. She knew right away that he was her ideal man, and she didn’t change her idea about that at all. She’s so into him that he’s been her first and only crush since childhood.

Honestly, we think that you either love him or you hate him, but there is no in between when it comes to the former New England Patriot. He’s in Tampa right now, and some fans are into it. Some are not. But, everyone loves Gisele, his supermodel wife.

Not just coffee sometimes, though. She’s a straight-up coffee drinker. She thinks three cups a day is perfection, and we really are fine with that one. Can you tell that we are also coffee fans who really do love what it does for our days?

She’s no stranger to things like being the center of attention. She grew up competing in beauty pageants, and it’s been something she’s been good at her entire life. She was Miss Arizona Teen USA’s first runner up in 2015. She was the third runner up in the Miss Idaho 2017 competition. She’s been doing this a long time, and you can tell she’s good at it.

She might have had a long string of bad luck finding men in her life who are going to make her happy, but she’s convinced that she is going to find the man of her dreams on reality television. She hasn’t let the bad luck in her history stop her from wanting to continue to look for a man who will make her feel good, who will take her seriously, and who will make things right in her life. She’s a woman who really does have it all going for her, and she’s not stopping until she finds what she’s looking for.