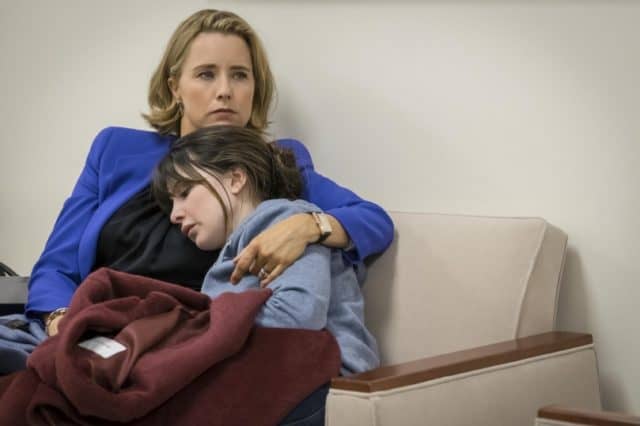 It’s every parent’s worst fear. To see their children go down an emotional spiral to the point where they may take their own life. In this week’s episode of Madam Secretary as the show returns from a long hiatus, Alison McCord experiences this fear first-hand.

I feel for the second McCord child when her college roommate Lucinda attempted suicide. Though it’s not Alison’s fault, she still feels guilty for not seeing the signs. The scene where she lashed out at Jason for breaking her night-light shows the breaking point of her guilt. Mental health is not something that you sweep under the rug. One should seek help or talk about it with those that are close to them and can understand what they’re going through. I was as worried as Elizabeth and Henry were when they couldn’t find their second daughter on campus. Good thing she was at home the whole time, but she should’ve answered her parent’s calls. I learned that the hard way but that’s another story for another time.

Speaking of the Secretary, I applaud her effort to see that the trade agreement with Sri Lanka goes through. She managed to convince President Nandasiri towards the end of the episode to reconsider his decision to close the deal with China. The latter bribed the former with tea imports, but Elizabeth convinced Nandasiri otherwise. Shame Acting President Hurst told the Secretary that the United States would not be moving forward with the agreement. As shocking as that is, I understand why. President Nandasiri pulled a fast one as he went behind the US’s back and made a deal with China. If he hadn’t listened to his tea-leaf reading psychic Ranuga, perhaps this whole mess wouldn’t have happened. I agree with Kat. The guy is a scammer.

Meanwhile, Henry attempts to get funding from the Gang of Eight to protect U.S troops in Afghanistan. Unfortunately, things did not go well as the board of senators were unwilling to listen to what Henry is saying. I have never seen the professor give up on anything, but his decision to resign as the Director of S.A.D is a good one. I just hope that it’s the right one and that the person who will replace him can handle the job.

I rolled my eyes when Jason informed Alison that he’s been using her room as a gym. I get that he wants to buff himself up for Piper, but he can just go to a gym and do that. Using someone’s things without permission is wrong on so many levels. Yes, it’s Elizabeth and Henry’s house, but it’s still Alison’s room. I don’t condone lashing out but kudos to Alison for breaking Jason’s video game controller.

This episode also hit home for Matt. He thinks that he could be the lost love that Ragnuda was saying when the psychic spoke to Daisy. Imagine my shock when the speechwriter is thinking of going through with it. I have to concur with Jay on this when he told his friend that if he genuinely loves Daisy, then he can take that chance. If not, then both mother and daughter deserve better than to be his ready-made family. I did feel sorry for Matt, however, when a woman came into the room and told Daisy that Oliver Shaw is calling for her. That’s got to sting.

I was surprised that Henry would lie to Alison about being at a restaurant instead of at her school. I suppose it’s because he didn’t want to worry her after what happened.

A tea-leaf reading psychic convinces the president of Sri Lanka to not move forward with a trade agreement with the U.S. Alison struggles with guilt after her college roommate Lucinda attempts suicide. Henry makes a career decision that may or may not hurt him in this week’s episode of Madam Secretary.