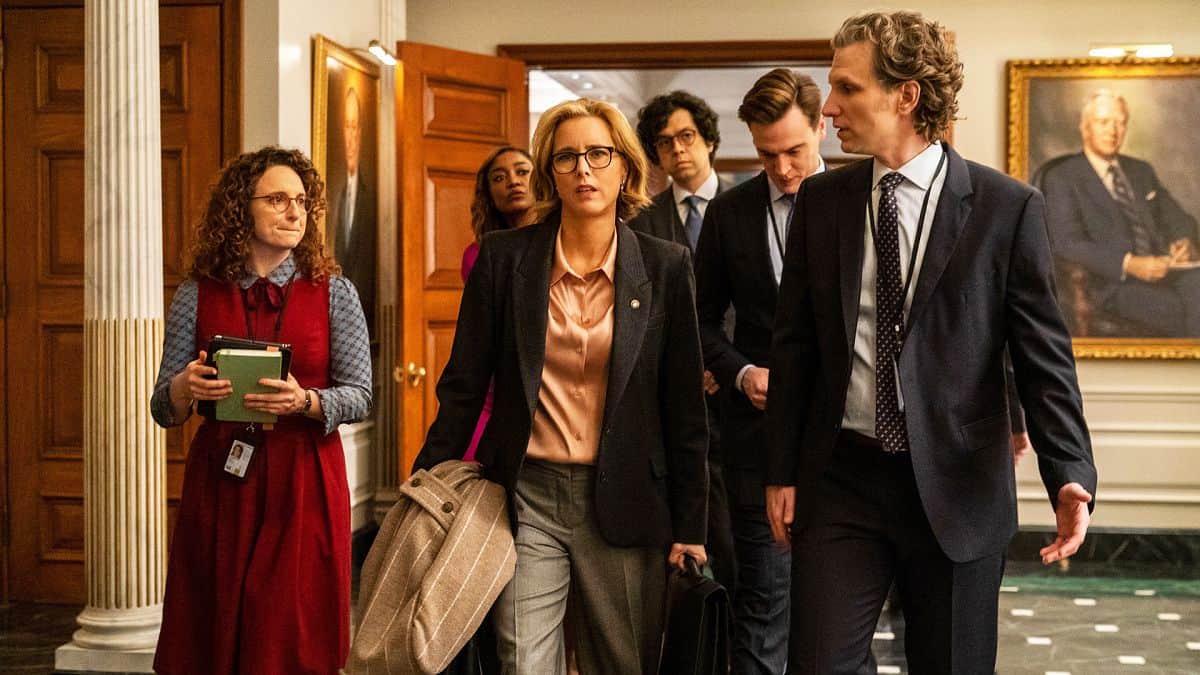 When former Vice President of the United States Al Gore spoke about climate change thirteen years ago, we didn’t take it as seriously as he did. In this week’s Madam Secretary, however, it’s about time that we did. Elizabeth tries to relocate the entire population of Nauru, a tiny island in Micronesia, just northeast of Australia. A super typhoon, ironically named Blessing, is on its way to the island. Yeah, not good.

The entire process to evacuate the Nauruan people would take much longer than an hour given that it’s not television. There’s a lot of hoops to go through and people to convince and to sign off on declaring another location as a sovereign nation. I’m not sure if relocating to an island in Fiji owned by a semi-washed up celebrity is the best option. Then again, it’s the only option that they had. Even Australia refuses to take them in, saying to Blake that they’re chockers (or full, for those of you who, like myself, don’t quite understand Australian phrases and words). It would be nice if every refugee or natural disaster crisis could be resolved in this way. Everything would be much simpler and not cause any more pain and suffering.

Meanwhile, Henry had to give a speech to an evangelical group, at the suggestion of Mike B. His topic of choice? Climate change. Yes, he threw in religion and God for good measure so no angry mob would come at him, but it was a gutsy move on his part. I was surprised that Ruby Bragg, the daughter of Pastor Bragg, agrees with what Henry talked about in his speech. I thought that she would be like her father and go against Global Warming but I’m glad that she didn’t and used her voice to publically say that climate change is a very serious matter. Kudos to you, Ruby!

Speaking of Mike B, I did not like the fact that he’s trying to change Elizabeth into the perfect presidential candidate. It’s true that people have to like her in order to put their support behind her, but she doesn’t have to pretend to agree with everyone’s opinions on things. She is not his puppet who will do whatever he says. A good campaign manager helps his/her candidate share their message in a way that will resonate with potential voters. What Mike B is doing is the exact opposite. He wants to turn Elizabeth into a politician, something that she is most definitely not. Though my dislike of him quickly faded when we find out that Gordon, Mike B’s beloved dog, is sick and doesn’t have long to live. It will be hard to see him without Gordon by his side.

In the end, the island nation of Nauru is completely annihilated by the typhoon. There’s nothing there but deep blue ocean. It may be purely fictional, but this is what happens if we continue to brush off Global Warming like it’s something that a crazy person would say. The planet is dying because of us and it’s up to us to help save it. We may have the option of living on Mars when the time comes, but that’s still years away. I’m not sure if I will live long enough to make it to Mars, but I am sure about one thing: the Earth is still our home and to quote Planet Earth, “we can either destroy or we can cherish. The choice is ours.”.

Will’s imitation of Cookie Monster needs work. I give him an A for effort, but his imitation sounded more like Yoda rather than the cookie-munching, googly-eyed monster who lives on Sesame Street.

Elizabeth using the wet/dry vac sucking up Will’s cereal was nothing short of awesome. I applaud you, Madam Secretary!

I wonder what Pastor Bragg would say to his daughter when she got home towards the end of the episode. Maybe he would give her a lecture or worse, disown her for turning her back on her family’s beliefs. It’s rather disappointing that we will not see Ruby again for a while. I want to know how her story ends.

I literally facepalmed when Bryce, the washed-up actor, wanted a Nobel Peace Prize in exchange for letting the Nauruan people reside on his island. Wow. Just. Wow. I mean, it’s true that he’s helping save an entire nation from certain death, but you don’t have to give the guy a medal!