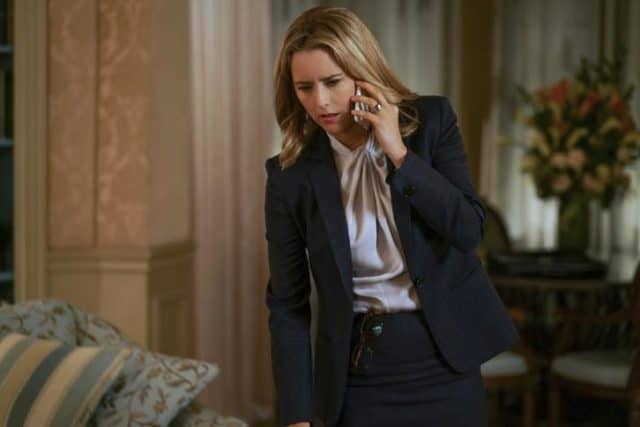 When in Rome, do as the Romans do. On tonight’s episode of Madam Secretary, however, Elizabeth and her team do not have the luxury of doing things the way of the Romans. The Secretary of State is attending the G20 conference with President Dalton. Meanwhile, Henry is heading to Israel to intercept the religious cult and their plans to unleash a powerful bioweapon.

Speaking of Henry, he should’ve told Elizabeth about him going on the Israeli mission right away. If he did, then she would not have to call him out in front of the leader of the free world. Though he did make amends by apologising later on so I suppose he’s out of the metaphorical dog house. Well-played, Professor. Well-played.

The part where the Vatican City drone was shot down, I thought that things were in the clear. Then it turns out that President Dalton and the G20 leaders were the true targets of the bioweapon. That’s what I get for celebrating too soon. At least everyone got out of the building in time and for Elizabeth’s quick thinking in instructing Jay to tell the hotel employees to shut down the air ducts. I sincerely hope that Reverend Slattery and the rest of the religious cult followers get their just desserts.

On a side note, it amazes me that Nadine has become the go-to person for the rest of the Secretary’s staff to talk about their feelings. It’s like she’s another version of Dr. Linda Martin. Blake came into her office, albeit after some inner struggle, to speak with her about meeting his former colleagues from his previous employment. I respect him for keeping his personal life private, but there are times when personal will cross into professional. Case in point, his former co-worker/ex-boyfriend Trevor. Though I do give him props for telling the Secretary his secret at the end of the episode. I had a feeling that after unloading all that on Elizabeth, he needed a hug, to which the Secretary gave him.

Another thing that amazed me is the fact that Russell Jackson is willing to help Stevie get into Harvard Law. Yes, it was at the request of Elizabeth, I’ve never envisioned her as a Tiger-Mom, but the White House Chief of Staff has the choice to refuse. My eyes went wide when he rescheduled the meeting with the Admissions Director at Harvard Law. Stevie skipped the first meeting due to Jason’s appendicitis scare, which turns out to be a false alarm. Imagine my surprise when Stevie told Russell that she wants to put off going to Law School. On the other hand, I do applaud her for wanting to help her family out.

Elizabeth and President Dalton head to Rome as Henry goes to Israel. Blake has a big personal secret in tonight’s episode of Madam Secretary.