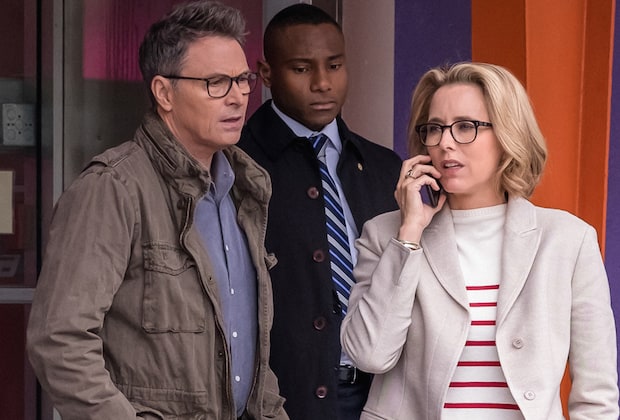 It is a truth universally known that Secretary of State Elizabeth McCord has no intention of becoming the President of the United States. We have seen her turn the offer down numerous times throughout this series. In this fourth season finale of Madam Secretary, however, Elizabeth thinks twice about her decision when the Russians launch missiles at the United States.

The Pentagon warns President Dalton, while the latter is out golfing, that the Russians are launching nuclear missiles. As a result, the president has minutes to decide whether or not to initiate a counter-attack. Eventually, the president gave the green light. Russell called Elizabeth to tell her about the possible nuclear missile onslaught and pondered after if he should call his wife and kids to tell them goodbye.

It turns out; he didn’t have to. The supposed missile attack was a mistake resulting from a simulation set by General Bradley accidentally getting put into play without anyone at the Pentagon knowing about it. Despite that, the situation was brought to light before things got nuclear, for lack of a better word, and the launch sequence was thankfully aborted.

Consequently, a relieved and fuming POTUS ripped Gordon Becker a new one when the latter informed him of the mishap. Similarly, Elizabeth argued that they should de-alert the silos. She suggests that they remove the warheads from the missiles, thus allowing leaders to make confident decisions instead of a hasty one. I agreed with the president when he visited Elizabeth and Henry at their house. Do missiles protect us nearly as much as they threaten us? I think that it’s more of a double-edged sword.

I applauded Russell for agreeing with the secretary as she made her case. He almost lost everything himself if it weren’t for the fact that it ended up being a false alarm. It seems that the United States did not learn their lesson from the events of 1979 where President Carter faced a similar situation.  History then evidently repeated itself in the 21st century. Making decisions under pressure never bodes well for anyone. Especially to world leaders. They face tough choices every day. It would be beneficial if they know that their final decision is the right one.

After Elizabeth visited Avdonin in the Caymans, much to the latter’s chagrin, Gordon Becker came to tell the secretary to leave the issue of pushing a new treaty with the Russians alone. He says to her that the reason the president listens to her is that she is his long-time friend. Wow. Just. Wow. Major kudos to Henry for suggesting that she inform the public about what happened. De-classify the whole situation and move the Senate to de-alerting. The next day, she brings it up to POTUS, and as usual, the president agreed and gave an address to the nation.

Fast-forward one month and the U.S. and Russia have agreed to a treaty to take their ICBMs off hair-trigger alert. Elizabeth and Henry go back to the Lincoln Memorial. The former then tells her husband as they sat on the steps that when the time comes, she wants to run for president. Henry offers his support and the two lock lips under the stars. I have a feeling that Elizabeth McCord will be a great president. Though if that’s the case, perhaps they will have to rename the show to Madam President.

“This is not a rational, deliberate process. It’s the rote enactment of a prepared script that forces leaders to render decisions determining the fate of the planet and [humankind] under [intense] pressure.” – Russell Jackson

“If we don’t do everything in our power to fix it, reduce the odds of this happening again, then aren’t we all complicit in recklessness that borders on immorality?” – Russell Jackson

I wonder who told POTUS that Russell Jackson is building model airplanes. Could Henry somehow let it slip? Or maybe the president heard it along the grapevine?

Gordon Becker’s comment to Elizabeth to stay in her lane because she’s too emotional was uncalled for. I understand that he has been working at the Pentagon for decades, but he shouldn’t have been so adamant about implementing something that hasn’t worked for fifty years. Change can be a good thing. It’s how one interprets and accepts the change that is the hard part.

I am intrigued by the two men that Daisy bumped into at the park. Could they be potential love interests? Or are they merely chance meetings that only lasts for a minute or two?

The interactions of the McCord children made me shake my head. It’s shocking at how people, mostly millennials, immerse themselves in their technological world. That word of mouth doesn’t mean as much as a like or follow on social media.

Elizabeth and members of the Dalton administration brace themselves as President Dalton prepares for a retaliatory nuclear attack when Russia reportedly just launched multiple nuclear missiles bound for the U.S. in this fourth season finale of Madam Secretary.