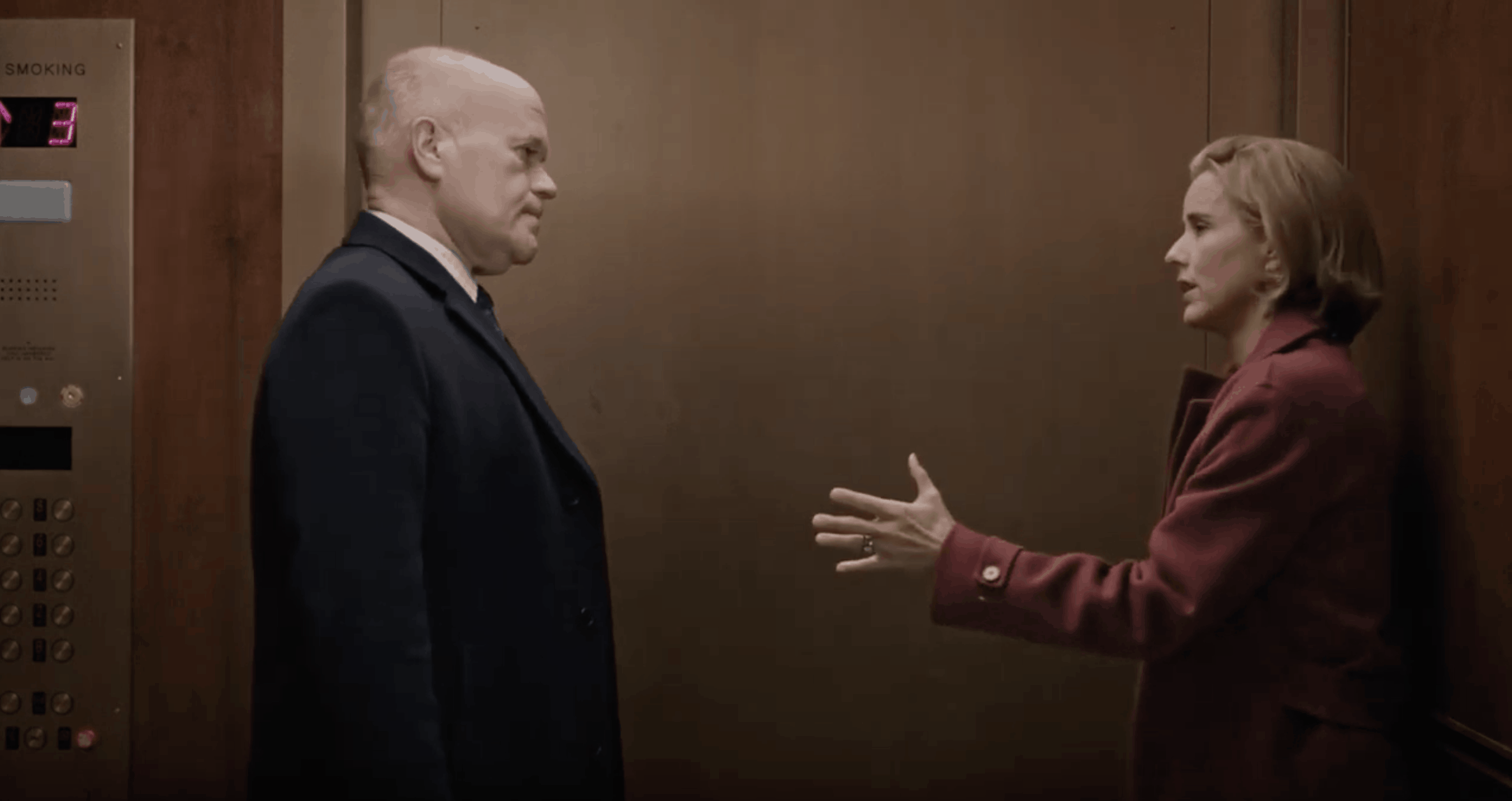 Social media is a powerful tool. It allows us to post whatever we want and whatever is happening around us. It also gives other people the opportunity to either critique it or sing its praises. In this week’s episode of Madam Secretary, a misconstrued video post almost derails an important agreement that can let US troops in Afghanistan go home.

The scene with Selfie-Girl and Matt on the plane to Kabul irks me greatly. First of all, we are not allowed to use our cellphones while the plane is airborne. Unless the stewardesses or the airline’s specific guidelines say otherwise, any technological device is to be turned off or put in airplane mode. Second of all, I know that the video Selfie-Girl made is because she thinks Matt and Farhana are pursuing a romantic relationship. She should have gathered all the facts before she starts shipping the two of them. Think before you act, Selfie-Girl!

I applaud Matt for putting in the effort to speak to Farhana’s family with Leslie the chaperone and Amina to help clear up the situation, but it only made matters worse when Farhana’s mother sent her a recorded message telling her not to come home or she will die. Yeah, that went well now did it? Amina then came up with a way to save Farhana’s life and let her live with her family: an arranged marriage to an older man who has children. It’s not the ideal solution but M-Sec did say she’s open to anything to ensure that Farhana would live.

Speaking of marriage, our resident travelling doctor Will Adam’s marriage is falling apart. A semi-heated argument arose over dinner one night at the McCords’ and that, inevitably, led to the dissolution of Will’s marriage to Sophie. While Will knows that his marriage is over, I can’t help but feel sympathetic towards Annie. It was the little girl’s interest to say Grace at the dinner table that later became the straw that broke the camel’s back. Now she’s going to have to go back and forth between parents. Children should be able to live in stable homes with both parents present. Well, provided that said parents can give their children warm, loving childhoods.

Back in the Middle East, the Rebuild-Renew Agreement between the United States and Afghanistan is close to being signed. It was almost not due to the fact that Farhana is at the Embassy after Matt let her in when she’s fearing for her life. Secretary Gordon Becker’s comments to Elizabeth about how US soldiers do not deserve to die protecting Farhana was harsh. It’s true that this is not exactly a humanitarian mission, but one to ensure that US troops can finally go home after years of fighting a war that produced no end result, I still find it a tad cold on Secretary Becker’s part.

People chose to join the military to protect the people that live in the country that they’re fighting for. That and to protect the principles that said country is founded on. I wholeheartedly agree that no soldier deserves to die, but it’s their choice. I also find that the fact that Farhana’s life is not worth risking those of American soldiers a bit unsettling. All lives matter no matter who they are. Although the same cannot be said about those who commit serious crimes.

The subplot of Henry bonding with Will over their respective relationships is interesting, to say the least. The McCords are not exactly the model couple as they have their share of issues to work on, but the main thing is that they worked through it. Marriage, as Elizabeth said, is a miracle and an ordeal. You have to put in the effort to make it work and make compromises when necessary. If you don’t, then the whole construct of marriage will crumble.Â

In the end, both the US and Afghanistan sign the Rebuild-Renew agreement. Farhana marries the man that her family promised her to. My heart goes out to Matt as he comes to terms with the fact that the young girl will have to be a slave (his word, not mine) to her new husband and help take care of his children. Not every woman can have the luxury of choosing who to love and marry, Matt, you should know that.

Kat’s OCD about the army officer (correct me if I’m wrong) messing up the folders amuses me greatly. Sara Ramirez is hilarious!

The sarcastic comments from Kat and Jay about Matt not giving his mother a nice birthday present made me chuckle. I do hope that he got her something nice cause she did, for all intents and purposes, bring him into the world.

I look forward to seeing Uncle Will interact with his nieces and nephew while he recovers from his divorce. Jason would have a lot of opinions about certain things and I’m sure his uncle will share his thoughts.