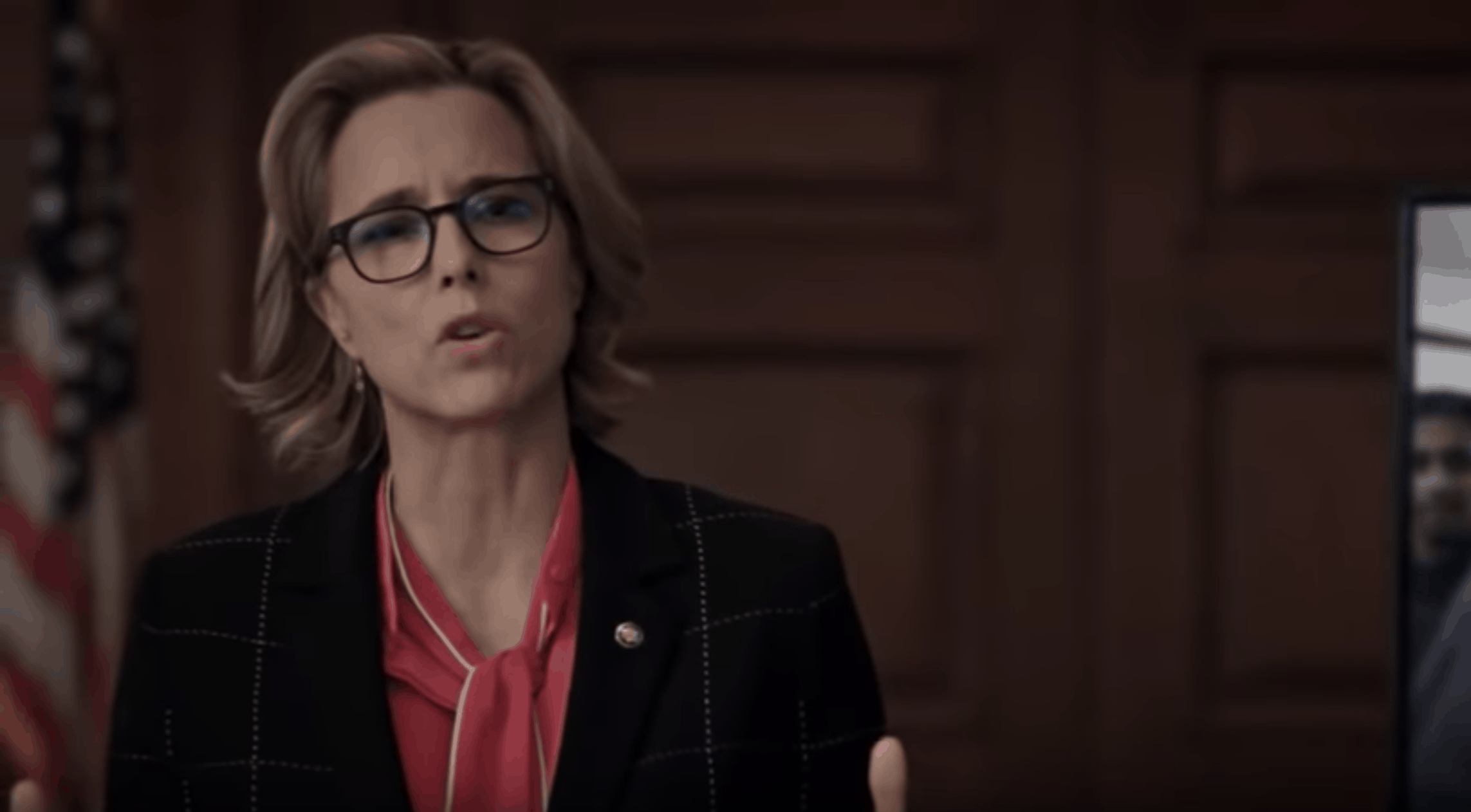 There has been a lot of inner struggling on Elizabeth’s part. Though after some encouragement from those around her, our M-Sec is finally running for president. Yet before she can declare, she must first deal with one final crisis in this week’s episode of Madam Secretary.

The theme for most of the hour is still centered around climate change. That, and the assassination attempt on Elizabeth’s professor friend. I find Elizabeth’s speech to be powerful and hits you right in the feels as the kids would say. It expresses the concern about the refugees and the drastic changes that the environment is undergoing. Daisy’s comment about the speech being about positive messaging confuses me a little. Isn’t the whole point of the Climate Migration Symposium to raise awareness that this planet of ours is dying and people are paying the price? I agree that doom and gloom isn’t the speech-giving norm, but people need to get this doom and gloom through their thick skulls. Though I guess it could be dialled back a bit so it wouldn’t make people feel as depressed as Blake did afterwards.

In regards to the assassination attempt on Lena Kaminska, a former UVA colleague and friend of Elizabeth’s, it was shocking, to say the least. At first, I thought that it might be protestors who didn’t agree with Kaminska’s beliefs. My eyes widened when it was, in fact, Lena’s own country that wants her dead. When President Demko lied to cover up the truth, it made me dislike him immensely. The things that he’s willing to do to stay in power is truly appalling. His speech in the Polish Parliament that nationalism is the way to the future irks me greatly. That what makes a nation strong and free is to instill fear, hate, and prejudice into the people. At least he managed to heed to Elizabeth’s advice about submitting his resignation as president and call for an election towards the end of the episode.

Meanwhile, this Alison dating Lucas Morejon subplot is intriguing. I mean, she didn’t tell her parents about her new beau for three weeks. Way to use your parent’s high-stress jobs to your advantage, Miss Alison! If it wasn’t for the chance meeting at the cafÃ© with Stevie there, this secret relationship would remain as such. I knew that this would lead to some minor issues at home, but I didn’t expect it to implode into a heated family argument. I do not condone Jason’s comment about his two sisters’ taste in past or present boyfriends. Perhaps Karma will come back and bite him in the butt when he gets a new girlfriend when he and Piper hit Splitsville.

The heart-to-heart scene with Elizabeth and Alison was great. Both expressed their thoughts on the aftermath of the heated family argument and Elizabeth voices her concerns that she can’t be a wife and mother while simultaneously running for president. I’m glad that Alison has become mature enough throughout the series to understand the life that she is now living. I also give her props for being willing to give up her chance at happiness. Granted, it was done to make peace between her Mom and Senator Morejon, but the sentiment is there nevertheless. I love me some character growth.

During the process of dealing with the climate migration crisis, certain European countries have backed out of signing the treaty. I could feel Elizabeth’s worry over the fact that the symposium would be for naught if the treaty crumbles. It’s moments like this that drives the show’s narrative. The turmoil and drama that the characters go through on a daily basis draw the viewers into it, making them feel what the characters are feeling.

The final scene of the episode with Elizabeth handing President Dalton her resignation is both sad and hopeful. It’s sad that Elizabeth won’t be the Secretary of State anymore since she has to relinquish her position before declaring her run for the presidency. I am hopeful, and a bit scared, that the next Secretary will do as good of a job as Elizabeth has done. If by chance, Elizabeth loses the presidential race, and I do mean if, I’m sure that the State Department will welcome her back.

Elizabeth and Henry listening to Lucas’ DJ music. Oh, the looks on their faces were hilarious!

Kudos to Henry for getting through to Senator Morejon about the sanctions to be placed on Poland.

The decoy ambulance tactic used to get Lena out of Poland was ingenious!

Wonder if Lena will decide to run for president back in Poland? I agree with Elizabeth that she might be what the country needs, but it’s still her decision.

I had an imaginary sweat-drop on the back of my head when Blake informed Elizabeth about the article written about Alison and Lucas. His look of realization that the secretary is hearing all of this for the first time is priceless!

Elizabeth dropping the muffin that she wanted to eat onto the counter after hearing the news about Alison. Nice touch, show.

Russell telling Elizabeth that she’s ready to be president. Just when you couldn’t admire the man anymore, he goes and says this.

Matt using Nina as a cover against Ambassador Harriman after Blake refused. Not cool. Though props to her for standing up for herself against Harriman.