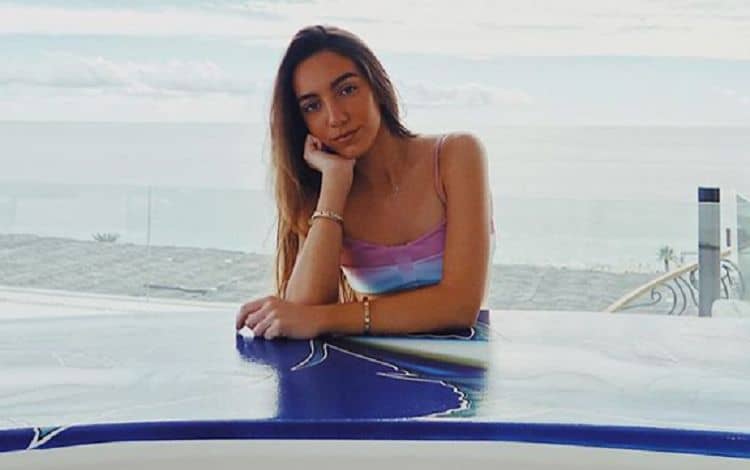 MTV was once a channel that aired things like music videos, but those days are over. This is now a channel that’s all about reality television and real-life shows that bring people entertainment and curiosity, and they’re currently bringing us the likes of Maddie Busch. Don’t know who she is? Well, you are not alone, but only for a short time. The more people get to know about her, the more they want to know her. She’s a Busch as in the beer family, and she — along with her famous beer family — now have their own reality show. Her name is one that’s about to become a household one, so it’s time to get to know what you can before it’s all too late.

That’s right. Her mom and dad have seven kids, and she’s just one of their kids. She’s still in high school, and she seems to be one of the calmest, most level-headed teenage girls on television. We are not entirely sure where she falls into the lineup of kids, but we are fairly certain she is neither the oldest nor the youngest.

2. She Loves her Family

She’s a firm believer that family comes first, and we do not disagree with her in the least. She is someone who not only loves her family, she also respects them for their role in her life, and she’s big on believing that they are everything to her. She likes to be home with her family, hang out with them, and make memories. She’s that kind of girl, and no one can change her mind about that.

Her main focus right now as she finishes up her final year of high school is to get into college. She knows that her family name and her financial background could probably get her into any school she wants — even though there’s a lot of press about how you don’t do that just because you can do that right now — she’s working hard to earn her way into a good school. She is not afraid of hard work, and she’s not about to let anyone get in her way.

4. She’s the Most Mature

Her family calls her the most mature of all the kids. She’s closer to the young side compared to her siblings, but they all agree that she has a personality that keeps her more mature and grounded than most of them. She works hard, they all respect her, and she’s someone who is more interested in being calm and collected rather than partying and having a good time with other kids her own age.

Her Instagram feed is filled with photos of her all over the world. From New York City to Vail to Cabo and everywhere in between, it seems that she’s a girl who gets to appreciate the hard work her family put into their business by reaping the benefits of the travel. She’s been all over the world, and she loves it. She’s clearly enjoying her life to the fullest.

She likes sports, and she also likes to participate in them. She’s got photos of herself on her social media platforms not only skiing in Vail but also attending Baltimore Ravens’ football games to watch her favorite players win. She’s a fan, and she’s good about making it clear she’s into sports and all things fun.

7. Her Life is Suite

Her photos include a lot of her in hotel suites, private planes, and enjoying the finer things in life, but she doesn’t seem to take any of those things too seriously. It is all a part of her everyday life, and she’s accustomed to that, but she also seems relatively unaffected by most of it, too. Her everyday normal is different than the everyday normal of most people, but that doesn’t make it any less normal for her.

8. She’s Close to Her Brother, Gussie

His name is August, and she seems to be closer to him than any of her siblings. Her Instagram feed is peppered with photos of the two of them hanging out at football games and on family vacations, and such. They seem very close, and we love that. Perhaps she developed her love of football when her brother played for the University of Alabama on the National Championship team years ago. Of course, she also posts a lot of photos of herself with hers sisters and her little brother, too, which is sweet and we appreciate that. If her family says that family is important to her, the photos she chooses to share makes it clear that they are everything important to her in the world we love that.

9. She Loves Her Friends

She seems like the kind of girl who is less about having all the friends and a lot more about having just a few close friends. We love that about her. She is clearly a good friend, because she only posts photos that are flattering of everyone in them — she’s not one to post a great shot of herself at the expense of a friend who is making a weird face or not looking her best — and that speaks volumes. She spends a lot of time with the people she loves, and her small group of close friends clearly means a lot to her.

We just cannot say it enough. We think that those who love animals are automatically just good people. Don’t you have to be a good person to love sweet little animals and their lives? We appreciate that and all that it means for them. They have so much to offer, and we are not going to sit here and pretend that we don’t love them for all that they do. Animals mean so much to people, and it helps us think more highly of people who love them right back.