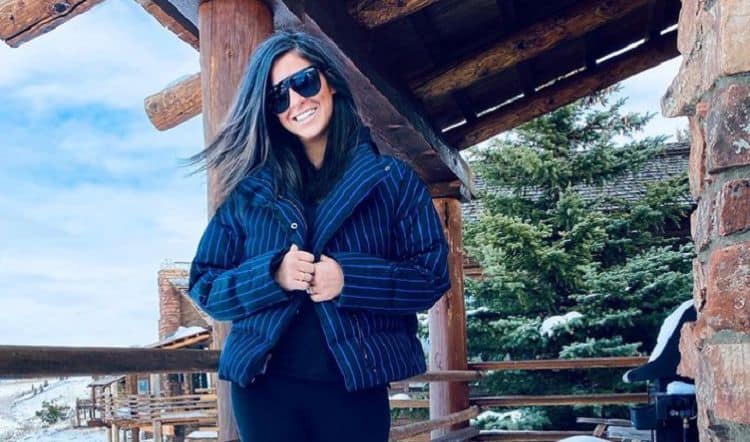 Well-known for being the most well-dressed member of the Southern Charm cast, Madison Simon has brought a large amount of style to the show. Throughout her time on the show, Madison has proven to have the perfect balance between business in pleasure. At the end of the day, no matter what she’s doing, you can always count on her to give it her all.  Madison will also be appearing as a yacht guest during an episode of another popular Bravo series, Southern Charm. If you’re a fan of Madison’s this will give you the perfect chance to see her do something a little bit different. Keep reading to learn 10 things you didn’t know about Madison Simon.

1. Her Mom Sparked Her Interest In Fashion

Madison has been working in the fashion industry for most of her life, and her love of fashion began at an early age. Madison told UM Square Magazine, “when I would watch my mom get ready and pick out her outfits and put on her makeup and even down to the finishing touches of her lipstick, I would always fantasize that I would become part of that world one day.”

There are lots of people out there who simply won’t eat certain dishes if cheese isn’t involved, but apparently Madison could do without cheese all together. According to Bravo, she makes it very clear during her episode of Below Deck that she doesn’t like cheese. Unfortunately, the crew missed the memo and attempted to serve her pizza with cheese on it.

3. She Has A Degree In Marketing

Since fashion is clearly Madison’s passion, many people have probably figured that she went to fashion school or studied fashion formally in some capacity. However, her college degree is actually in marketing/management. She graduated from the University of Mississippi in 2010 and I think it’s safe to say she’s been making very good use of her education.

Just because Madison has lived in South Carolina for most of her life doesn’t mean that she isn’t a woman of the world. In addition to having lived in New York and Mississippi, Madison has also done a lot of traveling. Some of the countries she’s been to include Mexico, Costa Rica, and Thailand.

5. She Enjoys Interacting With Her Followers On Social Media

Being on the Southern Charm has resulted in Madison becoming a social media star. Despite having nearly 30,000 followers, Madison still enjoys getting the chance to connect and communicate with people individually. It is fairly common to see her responding to people’s comments on her Instagram photos.

6. She Was An Intern For Vogue

In the fashion industry, there is arguably no name bigger than Vogue. Madison is proud to say that she once worked with the internationally known brand as an intern. According to her LinkedIn profile, Madison interned at Vogue in the summer of 2009 and worked under George Cortina.

7. She Participated In Blackout Tuesday

South Carolina is known for being a pretty conservative state, but Madison appears to be open minded with a lot of her views. She has shown her support for the Black Lives Matter Movement and participated in a virtual show of solidarity in June 2020 called Blackout Tuesday.

8. She Is Very Family Oriented

Madison doesn’t have any children of her own, but family continues to be one of the most important things in her life. She has an especially close relationship with her father, Marshall, who is the owner of the department store where she works. The store, Gwynn’s, was founded by her grand parents and has been operating for 50 years. Madison initially began working at the store when she was a teenager and she has climbed the later to become the Director of Marketing.

9. She Is All About Good Vibes

The world is full of negativity and it can sometimes be hard to the good things that are going on. Although it’s not always easy, Madison does her best to maintain a positive mind set. Through the way she lives her life and the content she posts on social media, she hopes to spread good vibes to everyone she comes in contact with.