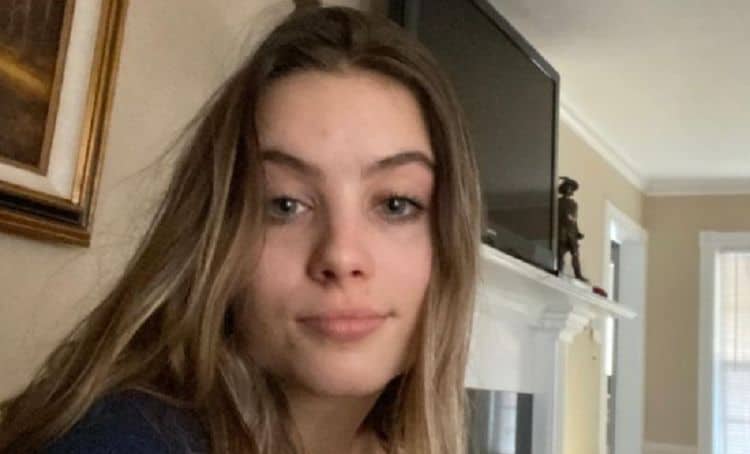 There was once a time where spending every single day on the internet was seen as nothing more than a waste of time, but those days are long gone. These days, people can gain celebrity status and make lots of money just by posting the right things online. This is something that has become Maggie Thurmon’s reality over the last year. In what seems like the blink of an eye, Maggie built a following on TikTok that now includes nearly four million people. She has become popular for posting funny videos that often include her dad. On top of her content, many people are drawn to her down-to-earth personality. No matter what Maggie decides to do next, it looks like she has a bright future ahead of her. Here are 10 things you didn’t know about Maggie Thurmon.

1. She Can Ride A Unicycle

Maggie has never been afraid to try new things and she has lots of interesting talents because of it. One of them is that she’s able to ride a unicycle which is something she learned to do when she was very young. She also enjoys skateboarding and she likes to share her progress with her followers on social media.

2. She Is A College Student

Lots of young people who get popular online decide to make social media the center of their lives. While it’s true that Maggie has put a lot of time and effort into building her social media presence, she’s also focused on other things. She is currently a college student although she is considering leaving school early to focus on creative pursuits.

Maggie is grateful for all the people who support her and she looks forward to connecting with them. She has an account on Cameo where she makes and sells personalized video shoutouts for her fans. Unfortunately, she isn’t accepting any new orders at the moment, but people can request to be notified when she’s back in action.

Social media isn’t the first time that Maggie has gotten in front of the camera and entertained people. She has actually been acting for several years and according to IMDB, her first role was in 2010 in a short film called The Candy Shop. Although Maggie enjoys what she’s doing now, she ultimately would love to get into acting full-time.

Maggie has an adventurous spirit and she’s always looking to have fun new experiences. Traveling is one of the best ways for her to do that and she is fortunate to be in a position that has allowed her to travel to different parts of the world. Some of the places she’s been to include Singapore and the Bahamas.

6. Her Faith Is Important To Her

Maggie doesn’t discuss religion a lot in her content, but she was born and raised in a Christian household and as she’s gotten older she’s continued to strengthen her faith. Her belief in God is something she keeps are the forefront of her life and it plays a major role in everything she does.

TikTok is the platform where Maggie has built the biggest following, but she has also decided to start a YouTube channel where she can post longer videos. Maggie’s content consists mostly of vlogs. Her channel currently has 26,400 subscribers and it has gotten more than 238,000 total views. Maggie also has 108,000 followers on Instagram.

Even some people who have multiple tattoos couldn’t imagine what it would be like to get inked on a place as sensitive as the inside of their lip. Maggie, however, decided that she wanted to see for herself what it would be like. Maggie got a lip tattoo in 2020 that says “howdy”.

9. TikTok Has Helped With Her Confidence

Popularity isn’t the only thing Maggie has gained since she started getting a lot of attention on social media. Posting on TikTok has also had a positive impact on her self-esteem. In a video on her YouTube channel, Maggie shared that posting on TikTok has helped her develop a thicker skin and an overall sense of confidence.

10. She Plans On Dropping Merch

Creating merchandise is a popular trend among social media influencers and lots of Maggie’s followers have wondered if she has any plans to join in. The answer is yes. In a YouTube video, Maggie mentioned that she is in the process of designing merchandise and she hopes to release a few items soon.