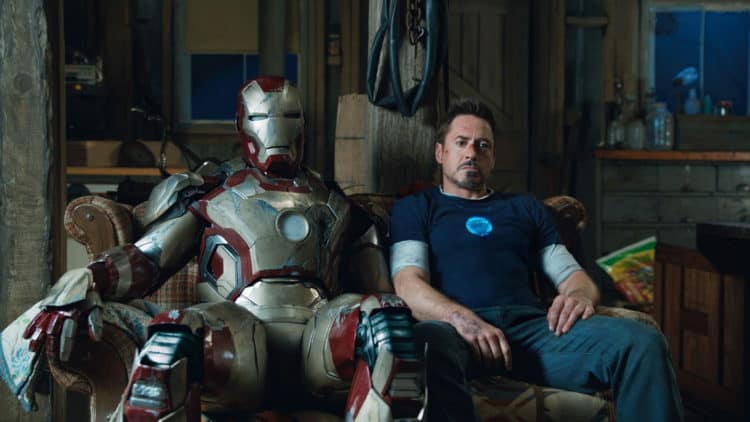 Remember, it’s not Christmas until Hans Gruber falls off the Nakitomi building, or Kevin McAllister outwits and mangles two inept crooks. Well, now you can add Iron Man taking on an army of Extremis soldiers since according to Neeraj Chand of MovieWeb, Disney+ is pushing that particular idea. You can’t really discount the fact that there are a few Christmas themes throughout the movie such as Jingle Bell Rock being played in the background and Santa hats and other common visuals to mark the season, but the idea that Tony is suffering some major PTSD and anxiety issues unfortunately seems to go with the season as well. Like the other movies that have kind of a darker lean for adults, one has to look at this movie in a very objective manner at first in order to really claim, with any certainty, that it’s anything even remotely like a Christmas movie. When you pit it against some of the more traditional Christmas movies though and take some of the elements that Christmas movies are known for, it becomes slightly easier to make the connection.

Let’s look at Scrooged for example. I know, Home Alone and Die Hard are usually the measurements used to gauge something like this, but sometimes it’s fun to go off the reservation a bit and go beyond conventional thinking. Scrooged, with Bill Murray, is in fact a pretty standard Christmas film and yet it’s got such a dark and disturbing lean to it that one has to think that a horror writer got hold of an old Christmas tale and said “How can I spice this one up?”. In the current day one could almost think that John Favreau might have sat down and asked, “How can I make a movie that’s a Christmas movie without the Christmas?” Okay he probably didn’t say any such thing, but if anyone knows anything about anything, the Christmas season is one time of year among many when feelings of depression, anxiety, and all the inner demons that people suffer with tend to come out the strongest since it’s typically a time to spend with family, friends, and to enjoy that good old-fashioned holiday cheer with a big side of anxiety. Still not quite making sense? Well, in Iron Man 3 Tony is seriously stressed out and having panic attacks, and if you look at the average person during Christmas season they might seem fine and well-adjusted on the outside, but a lot of them are about to fall apart on the inside. Tony’s been given the reverse effect since it’s obvious that he’s falling apart and yet on the inside, when he really focuses, he’s as cool as can be. The whole Scrooged example is simply to show that as Christmas-y as things can seem the dark bent to a movie like Iron Man 3 is just a reminder that the holidays aren’t perfect for a lot of people, but somehow, some way, there’s that one small ray of hope.

You see, as bad as things get for Tony, and they get pretty bad since on top of having panic attacks his home is blown up, his girlfriend is kidnapped, and the terrorist that attacked him steals his armor at one point and even captures the president of the United States. So things are pretty bad, but he still has one ray of hope in the movie, and while it’s not exactly attributable to Harley Keener, the genius kid that helps Tony when he’s in need, the idea that Keener CAN actually help Tony out is the key to making things work and turning the tide on Killian and his Extremis soldiers. So the redemptive side of the story, basically the same as Frank Cross realizing there’s still hope for him, or Kevin McAllister realizing that he can and will defend his home, and even John McClane’s stubborn refusal to give up, are all elements of that Christmas spirit that emphasizes the belief that miracles really can come true for Christmas. Of course, with these movies the act of a miracle doesn’t exactly come easy but the struggle is what seems to make it all worthwhile no matter how bad it gets since Tony and Pepper reunite, he finally gets rid of Killian, Harley gets a garage full of modern technology as thanks for his help, and things go back to the slightly more even keel that they were before the entire mess happened. It’s not perfect, but it’s a better ending than thinking that Iron Man could be taken out by anything less than the Infinity Stones.

So you can look at this as a Christmas movie or choose to deny it as much as you want but Disney+ has thrown down the gauntlet on this one, no pun intended I swear, and has made it clear that Iron Man 3 is another part of the season for a reason.