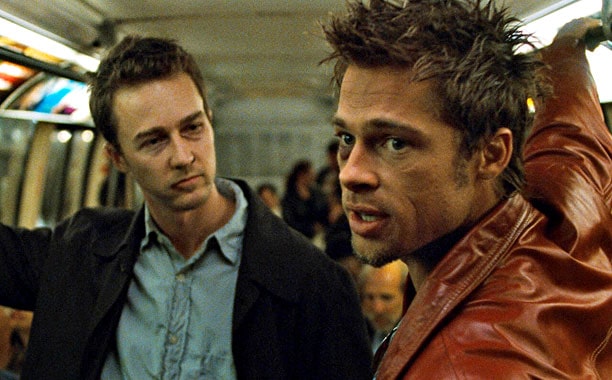 So you did read the title of the article right, don’t get too confused about that part, but instead of playing Superman in the MCU, which would infuriate a lot of DC fans no doubt, as well as Marvel fans, Brad Pitt is apparently being eyed to play Hyperion, a very Superman-like character in the Marvel universe. There are a few reasons why this could work and a few why it would be rather difficult. Once we get past the predictable “We told you so” narrative that Christian Bone of We Got This Covered and many others of the publication like to include in their literature it becomes easier to think about why this could work. Brad Pitt has apparently been on the mind of those at Marvel when it comes to including him in the universe, but the original idea was to bring him in as a villain apparently, though that thought was obviously vetoed as the idea is to now bring him in as a hero. But bringing him in as Hyperion could be kind of problematic since the character is counted as a hero, but his history is kind of complicated. Given that The Eternals movie is coming eventually though it does make sense that someone associated or at least related to their story would be able to perform a standalone movie, so long as they pick the right person.

Hyperion is kind of a strange character since his origins aren’t entirely clear unless one reads them all and decides that they want to follow one narrative over the others. One thing to note though is that he’s immensely powerful in more way than one and does in many ways mirror Superman, from the story of their childhood’s to the powers they possess. It’s been no secret that Marvel and DC have ‘borrowed’ from one another over the years, but some of the back and forth between them has been filled with blatant ripoffs that some might see as actionable offenses in some alternate world. Still, with a different look and a different name it’s easy enough to think that people won’t really care since each hero belongs to their own universe. The deal with Hyperion though is that not a lot of people know about him since he hasn’t been the most popular character outside of the comics. That could be where Brad Pitt comes in since his own popularity is immense and his fan base eats up just about anything he does. If Marvel could find a way to turn Brad into Hyperion and make it convincing, they might have cause to believe that this movie would be a box office hit, or at least a pleasing attempt to bring another hero into the fold.

The hero, it’s kind of funny to call him that since he’s been kind of a thorn in the side of the US government in the comics, is not the standard issue type that wants to do good and help people all the time. Reading his story it’s evident that he was lied to for his entire life and he might feel a certain way about that. But he’s also one of the heroes that’s so immensely powerful that stopping him takes a tremendous effort and much like Superman he’s the type that could possibly tear his way through a gaggle of heroes before someone figured out how to put a lid on his power set. Just thinking about Hyperion getting mad and doing mass damage brings to mind Brad Pitt’s performance in Fight Club as Tyler Durden’s alter ego, and the craziness that ensued in the parking garage when the two went at it. Imagine that figment being powerful enough to not just toss the Narrator around, but actually through walls. Of course when done to a normal human this would mean instant death, but in the MCU this would likely be done to a super-powered individual that had a level of durability that would enable them to take on a speeding truck and only suffer minor damage. This isn’t the kind of hero that one tosses someone like the Punisher at for instance, as Hyperion’s power levels are great enough that it would take someone in the MCU that has the kind of access to such immense power that it would likely be capable of giving Superman trouble. But if anything has been learned about how Disney handles Marvel heroes, it’s that they’re all bound to be dialed down a bit when they finally hit the screen.

In reality putting Brad Pitt in this role would be interesting to say the least since it would give him a challenge it feels like considering that the only Marvel role he’s ever shown up for was a one and done appearance as Vanisher in Deadpool 2. But as Hyperion he would need to tap into that crazy we saw in Fight Club in a big way.