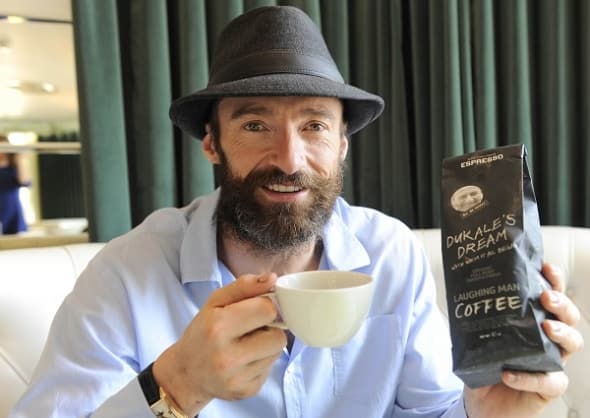 It’s been almost five years since we last saw a James Bond film. While that may not be too long according to franchise standards, we’re beginning to sense a shift when it comes to the face of Bond. The time for change might be coming soon. Daniel Craig has done an incredible job following up on Pierce Brosnan’s Bond during the 90s. When Craig took up the role of Ian Fleming’s super spy, most fans were divided as to whether Craig actually fit the bill. He wasn’t the usual kind of attractive that the fictional character is known for. Craig gave us a rugged Bond–one that’s totally sexy and attractive in a rough around the edges kind of way. By the time Casino Royale ended its run in 2006, everyone was convinced that Craig was the right guy for the job. He even gave the character dimension that it didn’t have before, and that’s not easy to do for a character that’s been around in film since the 60s.

The 51-year old actor is currently filming the next Bond film, Bond 25, which is slated to come out next year. Variety recently reported that filming for the show has been suspended due to an injury that Craig sustained during shooting. Bond 25 has had its fair share of setbacks from the get go, but the project is the much awaited 25th installment in the franchise. The show will go on, as Craig is expected to recover. The actor has done all of his own stunts in his Bond movies, and this injury is supposedly minor compared to his previous ones. Craig is to be joined by other big names including Ralph Fiennes as M, Naomie Harris, LÃ©a Seydoux, Jeffrey Wright, and Ben Whishaw, with Rami Malek as the film’s villain.

Craig has always been vocal about the challenges of playing the role of James Bond. However, he has also expressed how much he appreciates the job, as he said in this interview for the British GQ. Craig has expressed the desire to retire the tux back in 2015 only to come back for another ride in the fancy car. There’s a slight possibility that Craig might play the role again after Bond 25, but it’s more likely that we might see a new face wearing the tux.

One of the names that have always been thrown in the mix is Hugh Jackman. Jackman is known for his roles in the X-Men franchise as the famous Wolverine. He’s also recently starred in one of the biggest musical films of the decade, The Greatest Showman. The 50-year old actor might not be the front-runner for the show for the most obvious reason that he’s not British–he’s Australian. Casting a Brit for the role might be the natural move to make, but it doesn’t mean that it should be the only move. Even Daniel Craig has suggested that females should also be considered for the role of James Bond, so why not people from other ethnicities?

Apart from that logic, there really is no other reason why Jackman shouldn’t be the next James Bond. For one, we all know that he can very much carry the action. Craig elevated the level of action and darkness in the James Bond films. We’ve seen Jackman do that and more in his films as well. The entire franchise of Wolverine’s origins is more than sufficient evidence to make the case for Jackman as the next James Bond. And if that’s not enough, we can certainly remember Van Helsing as another example.

If not for the action, Jackman could very well carry the emotional tone of a movie. Jackman is just as efficient in drama as he is in action–maybe even more efficient. Ranker.com puts Logan at the top of Jackman’s best film, and this film in particular showcases Jackman’s ability to be tough yet vulnerable at the same time. We’ve seen James Bond evolve into that very same character in the last few films of the franchise, and we’ve also seen a depth in the character’s story. Jackman has the ability to transform himself completely, even though he’s got one of the most recognizable faces in the entire industry.

Apart from his talents as an actor, Jackman happens to have the look as well. He may not be the brooding type like Craig was, but Jackman has his own unique quality. He’s got the physique, and he’s got the face for it. Jackman has a certain kind of attractiveness that’s unique and not very pleasing to the eyes according to old Bond standards. Some might beg to differ, but in either case, there’s no doubt that Jackman would look good with a tux on. The 50-year old actor stands at 6’2”, and given that he once portrayed a superhero, he most definitely could pull it off for a super secret spy.

Jackman’s onscreen charisma also never fails to impress. We’ve seen that kind of charisma in films such as 2006’s The Prestige and 2017’s The Greatest Showman. James Bond has to be portrayed by a personable actor, one that could become completely believable in the role. We believe that Jackman’s skill as an actor goes well beyond that requirement.

According to this article from Dailymail, Jackman’s apparently been approached about the role before. Unfortunately, he was too tied up with the X-Men films at the time, and he believed it wasn’t the right time to take up the role. Now that his role in the franchise has gotten smaller over the years, it might finally be the right time for Jackman to put on the tux and enjoy the martini. There are many contenders for the role, but truly, none of them has the film experience that Jackman has. He’s got our vote as the next James Bond, unless of course, Daniel Craig decides to keep playing the character in the future.