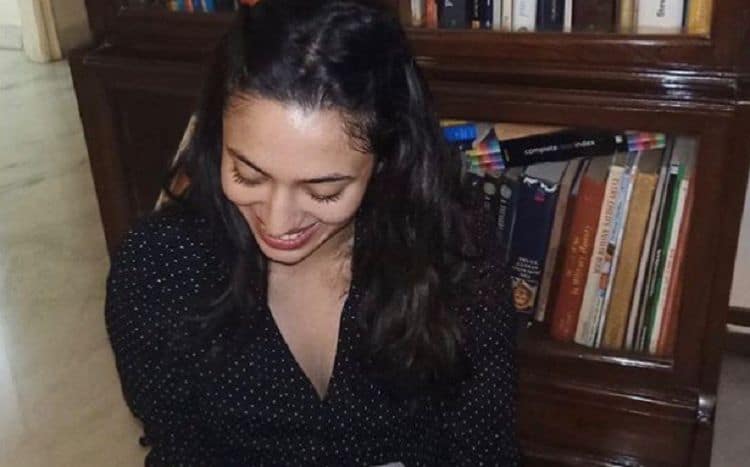 There’s something so special about an Indian film actress who is so famous where she’s from, but she’s relatively unknown in the United States. We love the Indian film industry, but we don’t see enough of it in the mainstream in the states, which is why we are not that familiar with Malavika Nair. It’s a shame, too, because she’s wildly talented and has the ability to become a world-famous star in her own right should she choose to do so. We thought we’d get to know this insanely talented actress a little better, and we will share what we’ve learned.

She was born and raised in Delhi for a short time. Her family didn’t stick around long once she was born. They left to go to Kerala, which is where she then went to school and got her education. She did move back to New Delhi in her later years, however. She studied there at an establishment called the DAV School.

When she finished her primary education, she made the decision to go on to further her education. She went to the St. Francis College for Women. She was in her second year as of 2018, but we are not sure if she’s graduated or if her roles have required her to take off some time that she would otherwise use for her studies.

While she was going to school, she spent some time modeling. It helped her not only pay for school and her living expenses, but it also helped her to get some work in the industry. When you have a recognizable face, you get to take advantage of that as often as possible.

College has been good for her. Not only does she get to further her education and work hard on a degree, but she’s also made some wonderful friends. We’d assume that some of them will even go on to become lifelong friends who will stay with her in her life for many years. She loves spending time with her friends and hanging out doing the normal life thing, and we love that.

One thing that she is in her personal life is very private. She does not discuss much about herself unless it is work-related or doesn’t get too personal. We know how difficult it must be to maintain any semblance of her privacy being so famous, but she is very graceful about doing just that in her life.

6. She Had Big Dreams

When she was in high school, she had a dream. She wasn’t going to become an actress. She was going to become a pilot. She took a lot of courses in science, and she was hoping she could become a pilot. However, things changed throughout that age for her, and she’s made a slight change to her career path. We love that she wanted to fly planes, though.

We don’t know what sports she played growing up, but we do know that she played sports in school. she always felt that being active in the sports world of school was important, but she does know that her academics are the most important. She focused primarily on learning, and that seems to be something that’s worked out well for her. She was a good student, and she’s clearly intelligent.

Not an actual juggler. Well, she could be a wonderful juggler, but we just don’t know that for certain. We mean that she’s been juggling a lot in her life. She went to college while also filming big movies and roles and films and working hard, and she did quite well at all of it. She was able to make sure she kept her grades up while also working, and that’s not easy.

While in college, she tries to say no about things that might take her mind off of her studies. She always says no at first to new roles, but she knows that she wants them and it’s easy for her to talk herself out of her no and into a yes. She doesn’t complain, though, because she knows that she’s the one to blame for overdoing it.

10. She Likes a Challenge

Anyone who is willing to go to college and also work on making films at the same time is someone who likes a challenge. That kind of load is difficult, overwhelming, and it has to be stressful. We like that she likes a challenge, and we think she seems to handle it with grace.