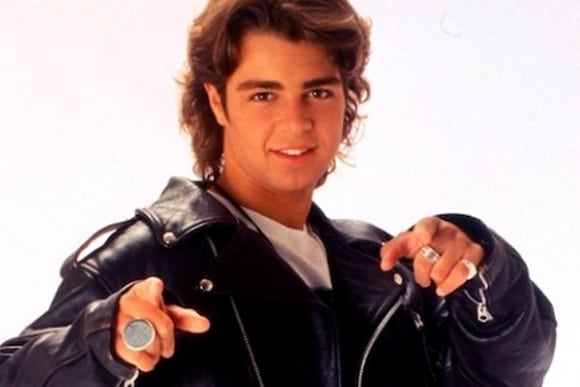 Television shows become successful for a variety of reasons. One of those reasons happens to be character development. And a vital component of developing these characters is giving them signature lines that audiences will look forward to. “Hello Newman,” for example, was a huge one on Seinfeld. Remember “You got it dude” from the Olsen Twins on Full House?

Each week audiences would wait for these lines. But in my eyes, some of these catch phrases would never make it in the real world and are in fact quite lame even though we laughed while they were uttered on television. Here are five popular guy lines that just wouldn’t pull it off out there. P.S. I can’t even begin to talk about how lame these clips are (but still funny to me).

And we all used to love that Joey Russo didn’t we folks? The sexy, hunky, yet dumb as rocks older brother of our beloved Blossom would utter this line at least once an episode. Imagine being in a bar and someone tells you a story that’s interesting. Instead of shaking your head “yes,” you pause for a moment and let out a big “whoa.” I’m 99% sure you’d have a major problem making friends, if not getting thrown directly onto the sidewalk.

It would be nice if every single time you spilled milk, broke a glass, or even punched someone in the face that you could utter the phrase “did I do that?” in a very annoying and nose stuffed tone. But somehow in the real world I have a feeling this would only add fuel to the fire. As much as the studio audience was directed to laugh by the “applause” sign every time Urkel said these words, you can bet that at least 75% of them were thinking “man I’d like to whoop this kid something fierce.”

Well OK Dave Coulier. I’m not sure what deal you made with the devil on this one, but somehow your stupid phrase “cut it out” with the lamest hand gesture ever, made it into the mainstream. I’d like to point out that this is the worst thing ever to make it into mainstream. If I saw someone utter those lines, make that gesture, and was actually serious about it? I might kill them.

It’s the one line I can tolerate. However, there’s only one crowd that could pull this off and it’s the old school Jersey Shore Myspace crowd. But I have a feeling that most if not all of them just say this stuff anyway. There’s no chance they’ve ever seen “Who’s the Boss.” But in my world, it’s just sounds ridiculous.Â  Eh, I kind of like it.Â  Sorry.