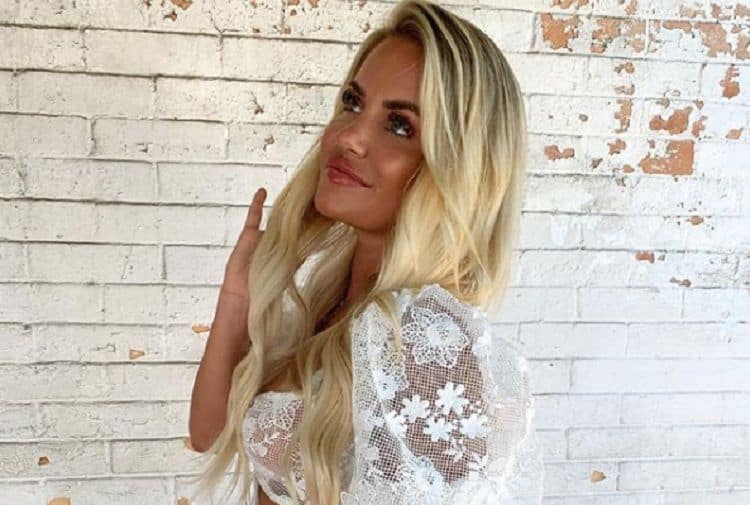 Mallory Santic hasn’t ever had much luck in the love department. Despite her outgoing personality and good looks, she has struggled to find the right person for her. That’s exactly that lead her to join the cast of Love Island USA’s first season. The chance to win a huge cash prize also probably had a little something to do with it. Although she didn’t end up lasting very long on the island, she left a lasting impact on viewers. While her quest for love continues, Mallory is enjoying all of the benefits that come with having been on reality TV. Her social media following has increased, and the perfect match for her could be just a DM away. Keep reading for 10 things you didn’t know about Mallory Santic.

1. She Has A Degree In Communications

Being a reality TV star is great and everything, Mallory also has something to fall back on when all the buzz wears off. She was born and raised in Washington and also attended college at Washington State University. However, she began her college career at Arizona State University. While at WSU, she studied communications and media studies and earned a bachelor’s degree in 2015

Going to Fiji to film Love Island wasn’t the first time Mallory found herself on a beautiful island adventure. Getting out and seeing the world is at the top of Mallory’s priority list and she spends a lot of time traveling internationally. She has visited many countries over the years including Mexico and Switzerland.

Like many of her fellow Love Island cast members, being on the show has helped Mallory increase her social media following. At the moment, she has more than 55,000 followers on Instagram. Having such a large following has given her the chance to work with several brands including the Happy Skin Company.

4. She Works For Disney

Mallory is doing what she can to capitalize on the popularity she gained from the show, but she isn’t relying solely on that to keep her pockets full. She currently works for Disney as an assistant site merchandiser, a position she’s held since March 2020. What she actually does isn’t clear, but working for Disney is cool nonetheless.

5. She Has A Crush On John Mayer

Mallory went on Love Island looking for her perfect guy, but in reality she already knows exactly who he is: John Mayer. She has a huge crush on Mayer and says, “John Mayer is my favorite man. He’s so super smart. He’s literally like a creative genius and he’s like so hot. He has all the tattoos. He’s so cute. He’s so perfect. Have you listened to the way he talks and how he presents himself? He’s so… amazing.”

6. She Used To Work For Nike

Mallory’s job history is definitely pretty interesting. Prior to working with Disney she worked for another major company, Nike. While at Nike, she was an equity ops analyst. She worked for Nike for almost a year and was working there when she joined the cast of Love Island.

While a student at Washington State University, Mallory created a blog as a project for one of her classes. The blog appears to have been abandoned after the course, but it’s still published online. Her posts consisted of videos for class assignments and a run down of everything she learned in the class.

8. She Already Picked Out Names For Her Future Kids

Mallory is very serious about finding the love of her life, settling down, and getting married. She’s already been thinking about her wedding day and has been saving up money for her dress. She also has the names of her future children already picked out. Now she just needs to find the perfect man to complete the picture of her ideal life.

9. She Was A Sorority Girl

During her time on Love Island, Mallory was definitely the life of the party. However, being on the show wasn’t the first time Mallory has earned such a title. When she was a college student, she joined a sorority called Alpha Phi. Even though sororities are definitely about more than just having a good time, they do have a reputation for partying.

10. She Moved To California

Mallory spent a lot of time in California when she was growing up, and it looks like she decided to make it her permanent home. She currently lives in Los Angeles and a few of her Love Island co-stars have moved there as well. When you’re trying to pursue a career as an influencer or entertainer, L.A. is definitely the perfect place to be.