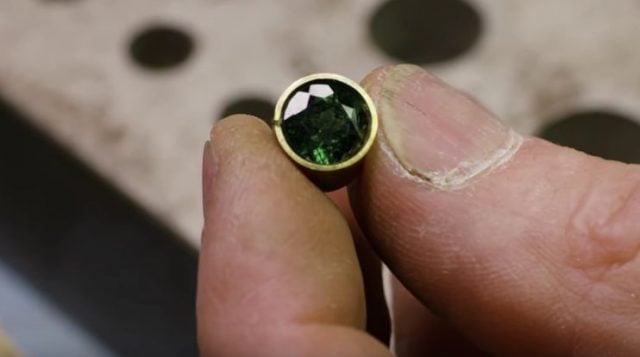 If you’re familiar with the Youtube channel “Man at Arms” then you should be.Â  This is the show where guys make cool stuff from movies come to life.Â  A few weeks ago we shared a video with you about How to Forge a Nodachi Katana Sword from “For Honor” in Real Life.Â Â  Up until now the fellas at Man at Arms have mostly been emulating weapons, armor, vehicles, and things of that nature.Â  However, this week they had a different request: jewelry.

This week, the guys at Baltimore Knife and Sword take on the Green Lantern Power Ring.Â Â  And this isn’t just an ordinary replica.Â  If it were we wouldn’t be sharing this video with you.Â  In this video you’ll see a fully functional ring that has lighting, movement, and much much more.Â  While it doesn’t quite give you the powers that Green Lantern has, it looks a lot cooler than most rings you’ll come across.

Check out how the guys made this ring below: