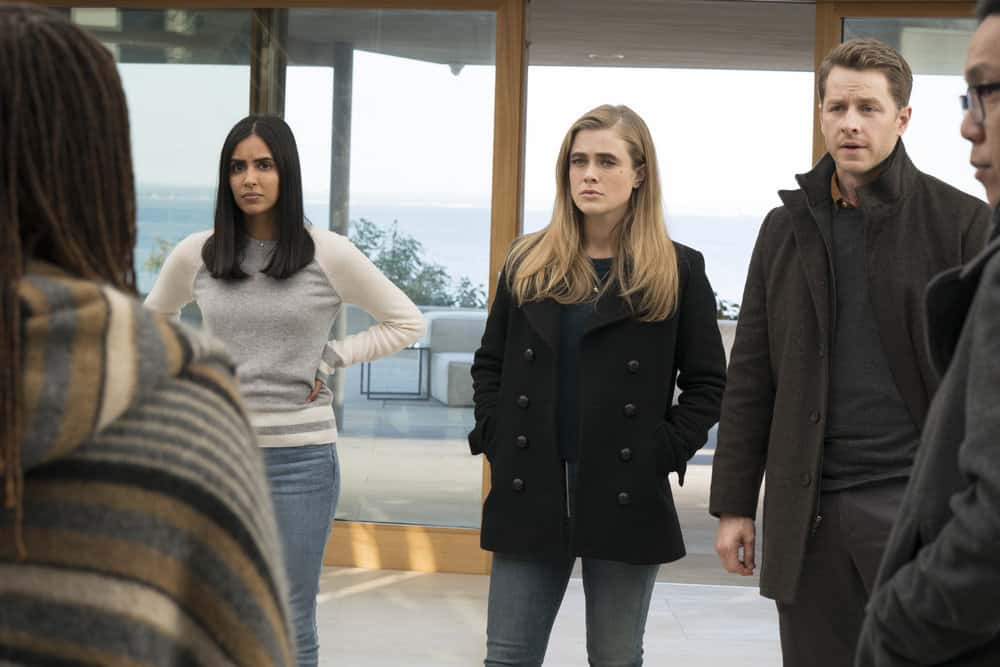 The trippiest show of the season is back with more unexplained mysteries and hardly any answers to the questions it already brought up. Manifest kicked off the second half of the first season with Ben no longer living at home and no where near an answer that let him go back — as per his wife’s wishes.

The mid-season finale ended with a lot of questions up in the air and not a whole lot of answers. Classic move for a show about mystery and Sci-Fi — RE Lost. The structure keeps you on your toes. You want to know more, you’re invested. They did a great job selling their story. Manifest is easily the best pilot of the Fall 2018 season. Will this show get a second season? Most likely. 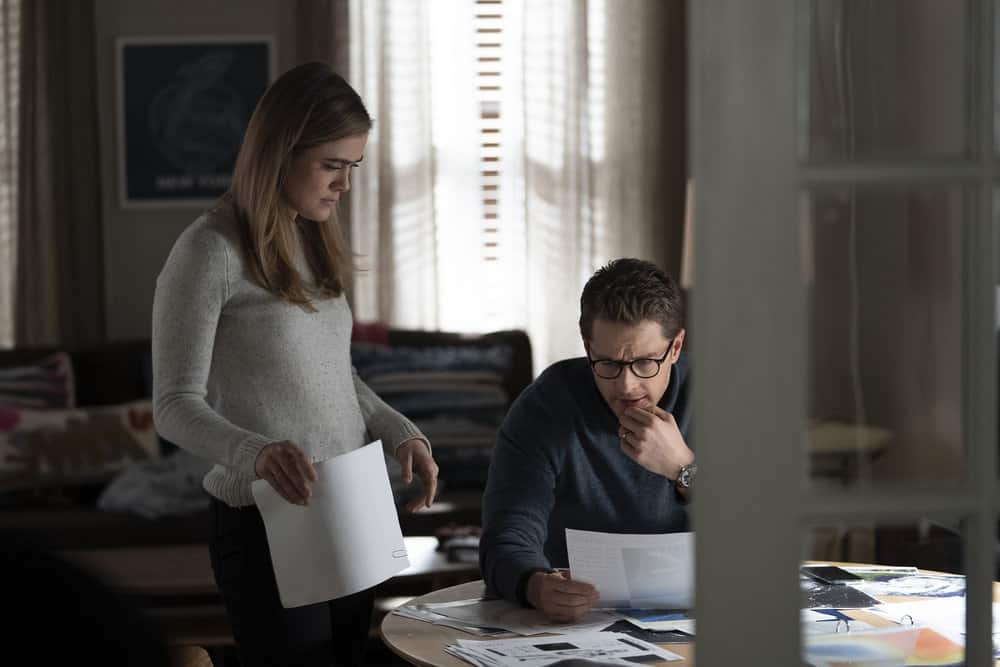 Episode 10 adds to the mystery.Â Michaela starts getting callings where she’s not only hearing a voice she’s transported, in a way, to a blizzard where she hears “find her”. This is trippy, of course, this whole show is one big trip fest. The callings are intense. She’s the only one getting these and eventually realizes that they are not her callings. They’re someone else’s. It turns out they may be Cal’s callings and he’s looking for…Michaela. Why is she missing? Why is there a blizzard? When is she going to go missing? What is the deal? No one knows.

What they do know is there a Major involved in all this and she’s looking for some sort of holy grail. What this is exactly is what they need to find out. Their best guess is she’s looking for the passengers more susceptible to the callings — i.e. Cal. Ben is now determined to keep this Major far, far away from his son and family. 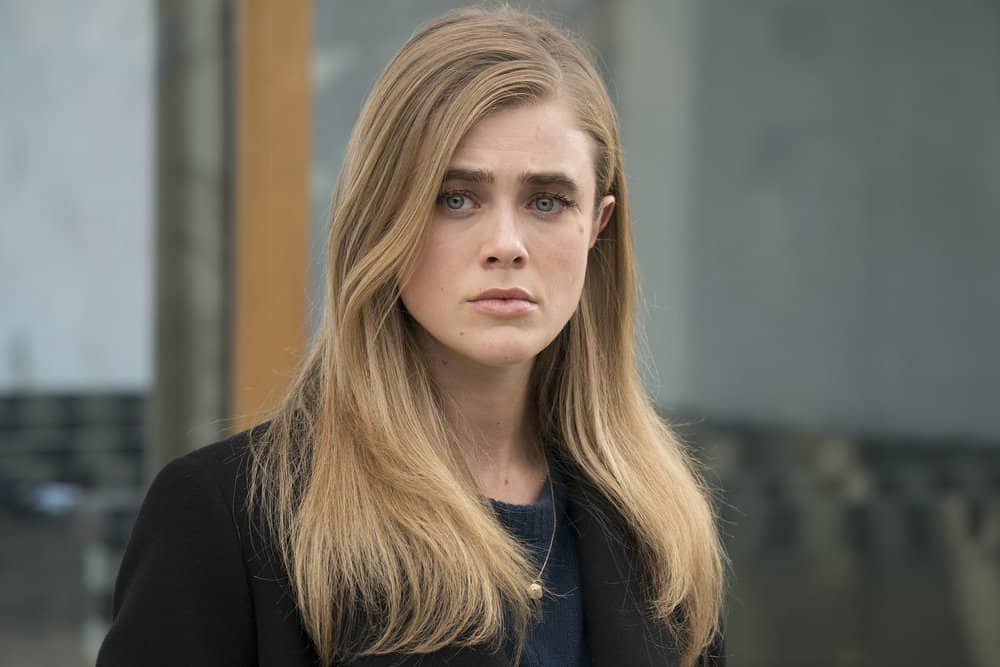 Michaela somehow wakes up one of the passengers that were being used as lab rats. How? Not sure. She gets a calling while touching his scarf and he wakes up. Thinking the calling is telling her to find his wife who hadn’t made it to the hanger, she sets out to do just that.

Jared shows up to work and naturally insists on helping her. He loves her. It’s clear to anyone with eyes that he is still mad about her. If you had any doubts, his lack of enthusiasm to his wife pretty much throwing herself at him earlier that day should prove it. By the end of the episode Jared does confess that he still loves Mic. Always has, always will. She’s his soulmate and he doesn’t want to waste his life living a life without her. Infidelity is probably not the best way to start off a relationship, especially when the wife is your best friend. But hey, Michaela is apparently goingÂ missingÂ in a blizzard at some point in the future so why wait?

Anyway, the wife is not missing she’s a survivor of domestic abuse. Her husband is an asshole, one who no longer has memories of any of this, but regardless they let her keep her location private and safe. 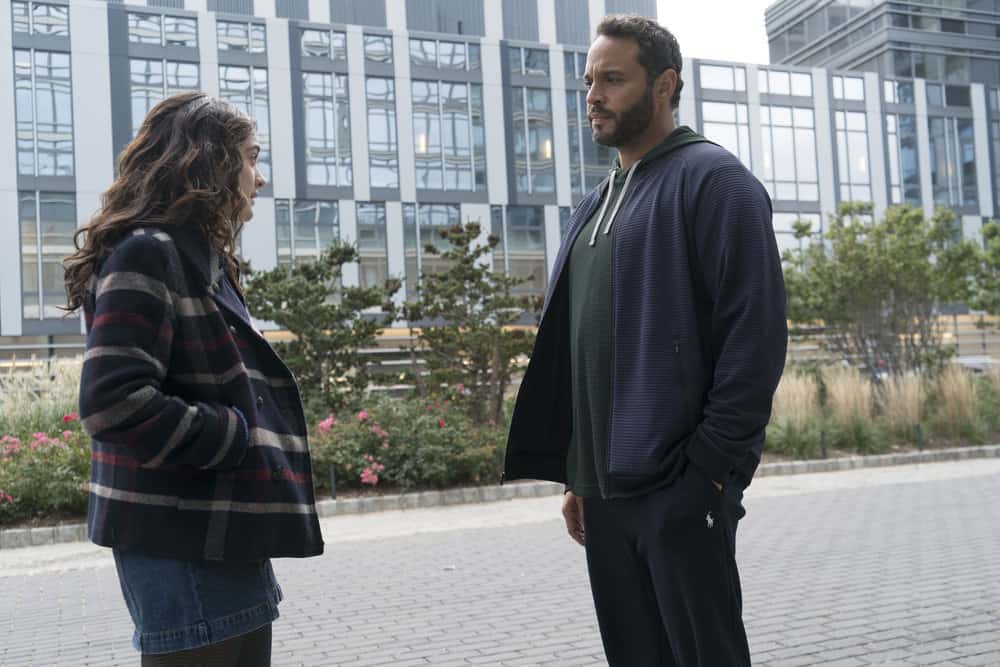 The Stone household is anything but peachy these days. With Ben on the outs with his wife, things are rather sullen at home. The kids notice. Kids notice everything, even when you think you’re hiding your marital troubles well, the kids know. So they try to help. Olive runs off to find Danny — the father she has known for the last five years when her real father was supposedly dead/missing. Cal calls up his own father, the one he has been with the whole time. They have a bit of an outs in the kitchen, which eventually leads Ben to realizing that maybe he has been a little selfish. He didn’t think of Grace, of what she was losing with him back in the picture. She continued to live the last 5 years. Eventually getting over the heartache and letting herself love again. He didn’t want to stand in her way anymore.

He still loves her but sometimes loving someone means letting them go.

Lots of questions, lots of drama. Manifest continues to boggle your mind and keep you at the edge of your seat.