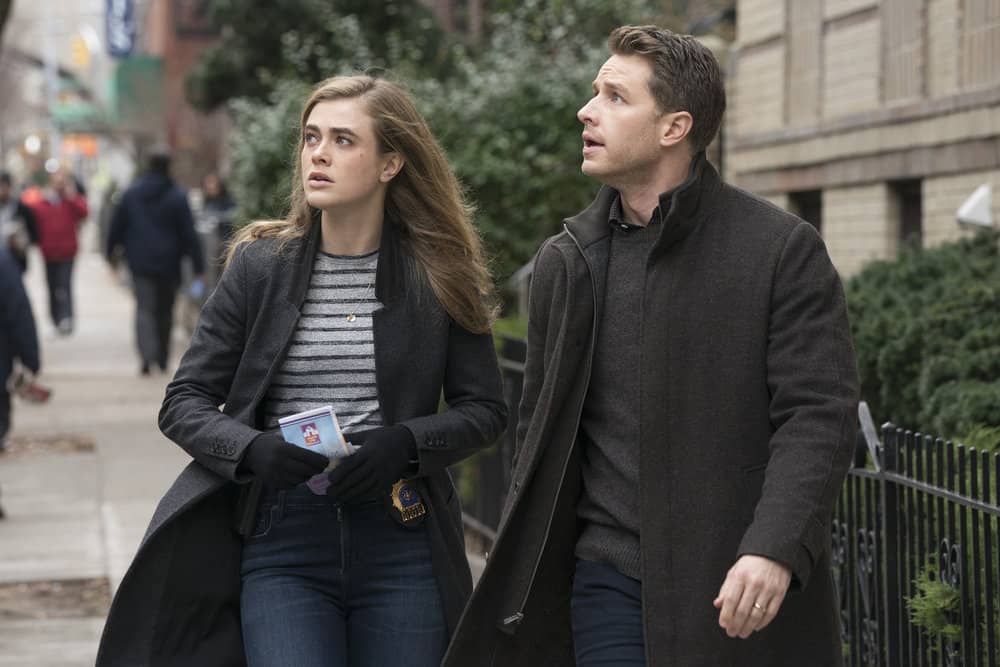 The show that has captivated the audience and leaves them questioningÂ “what just happened” everyÂ week, continues to leave you baffled. More questions arose but some were answeredÂ in the latest installment, “Upgrade,” Â in the freshman drama.

Last week, they found Zeke. A guy who was trapped in a cave for a year but thinks he was only gone for a couple weeks. He’s one of them, but he wasn’t on the plane. How is that possible? What’s the link? They ended with finding a pentagram of what looked like two people holding hands, perfectly illustrating Mic and Zeke at that moment.

At the end of last week’s episode we finally got a visual of who is the infamous Major. She’s in the city. She’s laying low. She is plotting her attack to get her holy grail i.e. Cal.

This week’s strange circle of events revolved around a wolf sighting, the Church of theÂ Returned, and a truck that had fallen into the river and wasÂ difficult to retrieve.

Zeke has a calling at the same time as CalÂ where he sees a wolf supposedly attack him. TheÂ wolf disappears beforeÂ he can move but he’s confused as to what is going on.

Cal is suddenly uncooperative and scared to actually say what he had seen. He thinks hisÂ drawingsÂ have powers. Whatever he draws turns out to be true and the poor kid wantsÂ nothing to do with this. Luckily, Zeke and Grace are able to showÂ Cal that he doesn’tÂ ‘make’ things happen he can just predict the future. The things he sees are going to happen regardless but heÂ knowsÂ before anyone else does.

He finally draws what he saw in his calling — the wolf. Only, there was more. He sees this wolf attacking Michaela. 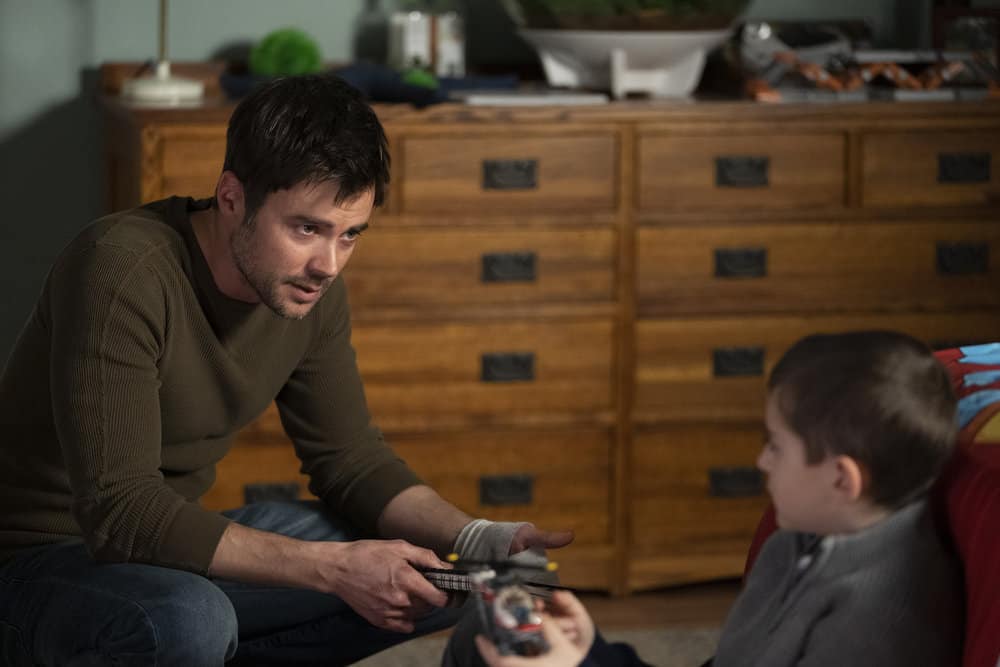 Church of the Returned:

Adrian (one of the passengers on 828)Â after being more or less worshipped on the street opens up a church where he is preaching that the returned can heel. This message is clearly false. Ben deduces the wolf Zeek saw was a metaphor for this church — a wolf in sheep’s clothing — he is playing them.

One ladyÂ takes things to the next level. She convinces Saanvi to comeÂ back and see her dying husband and then holds her at gunpoint until she heels him. Obviously, Saanvi doesn’t have magical powers.Â The callings are not magic, not really anyway. They can’t heel on the spot, that’s not how this works. She is, naturally, traumatized by the event.

Luckily, Ben and Michaela find her and save her in time.

Adrian, on the other hand, is still pushing his narrative — a narrative he doesn’t believe — to get what he wants. What he doesn’t realize is that one of the members is actually there incognito for the Major. 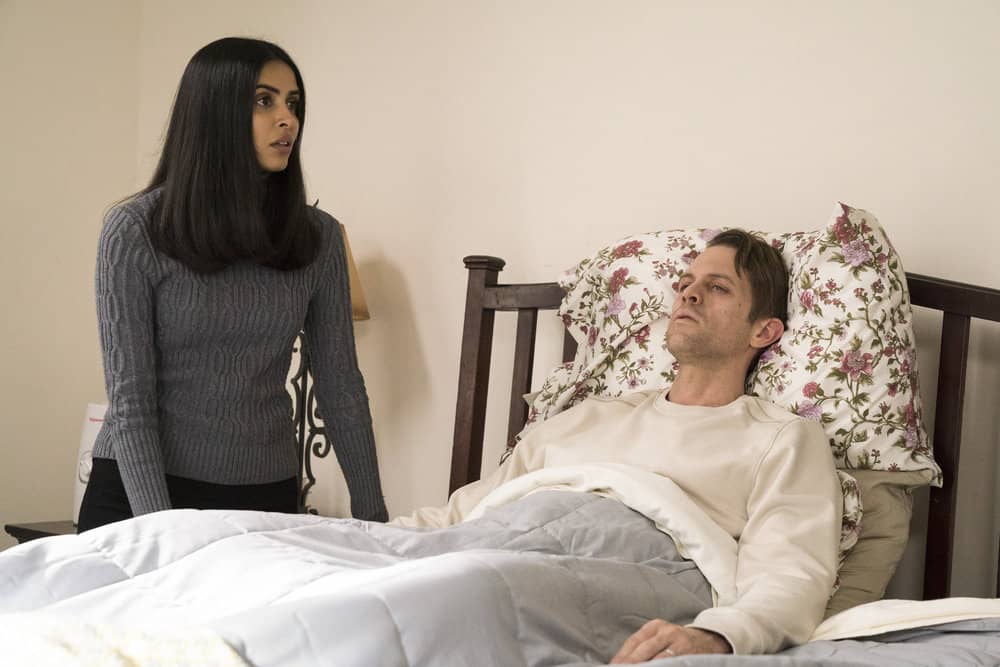 The B story revolved around Michaela and Jared. They slept together a few weeks back and now Jared was all about getting Mic back while he was still very much married to Lourdes. He’s having marital troubles and Lourdes is obviously starting to sense something is up. How can she not? She’s grinding on top of him and he’s laying there like a mannequin. Dude, you could at least keep up the act until you break the poor girls heart.

Michaela, on the other hand, is feeling guilty. So, so guilty. She slept with her best friend’s husband and she can’t stay in the same room as Jared to avoid feeling what she’s feeling. She also spent the past couple days trying to figure out how Zeke fits into the storyline and brings him home, setting up another love triangle for Mic.

They are tasked with overlooking the truck recovery and taking the opportunity to separate themselves, Mic let’s Jared have days and she takes nights. Of course, while Jared is out Lourdes comes over and confronts her. She straight up asks if they’re cheating on her, to which, Michaela can’t even keep her face straight and let her down easy. She knows. She’s pissed, and rightfully so, Jared is a twat. Honestly, yes, Michaela and Jared have a history and to her she was just engaged to the man, but the rest of them have moved on and Jared doing Lourdes dirty like that shows he’s more of a jerk than we initially thought. Yes, the sentiment behind it, getting back with Mic is nice and all but currently not really feeling these two.

Michaela gets a call before she’s can deal with the situation any longer gets a call saying the truck that had been missing was found. They find a body still in the truck. Having been underwater for over 4 days, they are expecting a nasty situation but the guy wakes up and lunges towards Mic — more or less confirming Cal’s drawing of the wolf attacking Mic.

The Major has now voiced that she thinks Cal is her holy grail but she’s laying in wait until she can confirm it. Olive and Ben, however, figure out the pentagram that Mic and Zeke found thinking it was them is actually the consolation Gemini — the twins. Is the connection between Olive and Cal what’s causing Cal to have stronger callings? What do twins have to do with it? Olive wasn’t on the plane, she doesn’t have the powers.

So many questions, so little time. Two episodes remain for the first season of Manifest. No word yet on a renewal, stay tuned to find out what it all means.