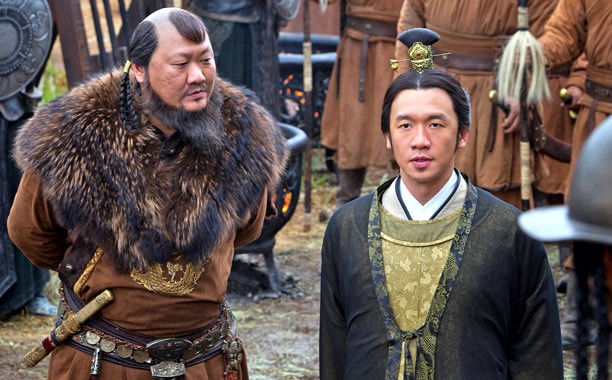 The wayÂ Marco Polo‘s paced its first season, it was almost expected that “Rendering” would delay the Battle of Xiangyang until episode nine or ten – that is, until the show tacks it on at the end, almost as an afterthought. Consumed by the idea of people trapped by invisible (and in some cases, very physical and real) cages, “Rendering” somehow forgets that the most powerful image of its central metaphor is found in the conclusion, the battleÂ Marco Polo‘s been building to all season… and then doesn’t show us at all, save for a few glimpses and silly paintings (Heads on sticks! Blood! Horses! War mural!).

That ending… there are head-scratching decisions, and then there are just things that plain don’t make sense. Having cut the second, successful battle of Wu Cheng off at the knees (it happens off-screen, between the last episode and this one), all eyes were on the walls of Xiangyang, with everyone from Byamba to Marco and Kublai himself making overly wordy, melodramatic statements of what will happen on the battlefield (Byamba’s plan to prove himself to his future father-in-law in the “shadow of the wall” is a nice gesture, but sounds silly withÂ Polo‘s overwrought, stuffy dialogue). We even get the obligatory showdown scene with Kublai and Jia’s pre-war parlay… yet, “Rendering” is more interested in its nonsensical love stories (someone please tell me why Kokochin/Marco is something we should care about – or more importantly,Â theyÂ should care about?) than the political material it spends half the episode talking about.

Instead, we get a budgetary-friendly four seconds of battle footage, all detailing the show’s biggest twist yet: the entire construction Marco drew for Kublai’s invasion was a ruse, a complete fake out planted by Jia so he could corner every Mongol warrior and turn the battle into a one-sided bloodshed. I briefly considered Hundred Eyes as the culprit – but he couldn’t sell out Marco’s information to Jia, since he didn’t share it with him until after they’d left the city (or so I can only assume… the cutaway from Jia/Hundred Eyes fighting to HE leaving peacefully still leaves me wonder).

Regardless,Â Marco PoloÂ goes for itsÂ Game of ThronesÂ twist when it turns Kublai’s charge into a slaughter; however, it spends so much time with Kokochin and Kutulhan making out with their new boyfriends, there’s no weight to the conflict. Scenes with characters talking about what a battle itÂ willÂ be, and whatÂ willÂ happen afterwards is empty; and the moreÂ Marco PoloÂ piles it on with each and every character outside the wall, the more obvious it becomes that things will not play out as planned. For Christ’s sake, Jia has a hooker murder herself in front of him (you know, since he “loved her” so much… what a nice guy, right?) – do we not think that his calm demeanor when he realizes Chabi is still alive means something?

And while it’s a fun twist to have Kublai fail miserably due to Marco’s great information, it doesn’t begin to address the heart of the fundamental conflict on the show, which is the contradiction of Kublai adopting the knowledge and culture of other worlds, while still wanting to control them and bend them to his will. Chabi addresses it briefly when he tries to quote the Bible, and everyone seems willing to point out Kublai’s council isÂ notÂ Mongol – but when the show tries to put these ideas into play, there isn’t enough material around it to support it. At this point, everyone except Marco on the council and Byamba on the battlefield is trying to usurp the throne in some way;Â Marco PoloÂ is so addicted to alluding to possible future conspiracies and power shifts that it fails to ground itself in the present, where its stories matter.

However, that shortcoming is obvious in the episode’s pacing; after indulging on its own half-baked romances and pompous, goofy dialogue about world changing and power blah blah blah, the most important moment of the entire season happens off-screen, and we’re treated to twenty seconds of Jingim screaming at Marco that he’s a traitor. Yes, it puts the characters in an interesting dramatic position, but only in the curiosity of how the show will write itself out of it; just as it doesÂ with Mei Lin, Jia, Xie, and Kokochin,Â Marco PoloÂ likes to build cages around their characters (bringing us back to the central metaphor) and then suddenly rip the bottom out of them, resolving silly dramatic constructions with flashy, hollow moments in order to quickly move onto the next loud, probably violent thing. Kokochin’s story is a great example: anchored by 10-second flashback, she kills the man most loyal to her, and allows her servant to die to protect her lie. Yet, she gives it up mere hours later to a stranger, a man as foreign to her as everyone else in the Capital, but someone that she is supposedly in love with (or at least attracted to enough to sleep with in a dangerous place; a tent that doesn’t have a door lock, as Byamba learns the hard way).

Kokochin’s story encapsulates the show’s fascination with ideas and inability to turn them into anything meaningful; she’s a weak woman who cowers in front of a pocket knife and gives up her biggest secret to a stranger, but expertly wields a bow and arrow and can sometimes display enough intelligence to keep her social position rising; whenÂ Marco PoloÂ wants Kokochin to be something, it doesn’t spend any time forming character or setting up anything but the most simplistic, derivative one-note stories. And by inexplicably pairing her with Marco (seriously: WHY do these two like each other at all? The show’s done absolutely nothing outside of a Marco fantasy to build this relationship) it robs the entire character of having any drama whatsoever, simply another character on a show of allegiances and devotions that change so constantly (or are at least alluded to be changing at any given time), nobody has a foundation to stand on.

On the shoulders of the promising episode that preceded it, “Rendering” is everything bad aboutÂ Marco Polo, right down to the willing suicide of a prostitute and the anti-climatic pacing that robs the episode of a much-needed dramatic release. Instead of focusing on what it manages to do well (build momentum for well-designed action sequences), “Rendering” spends 58 minutes mired in the same flaws of the past (bad character, lack of development for big stories, laughably bad dialogue),and then has the gall to deny the audience the moment it has built to all season, and ask us to be invested in the result. We never see the confidence of Kublai and Marco turn to fear, dismay, and failure; and without that, Jia’s big, secret plan feels more plot wrangling than carefully constructed climax. Instead, we get a minutes-long scene of Kublai’s prisoners being decapitated and ‘rendered’ down in a vat; and in a nutshell, that sums upÂ Marco Polo‘s priorities – and ultimately, its sheer lack of depth. 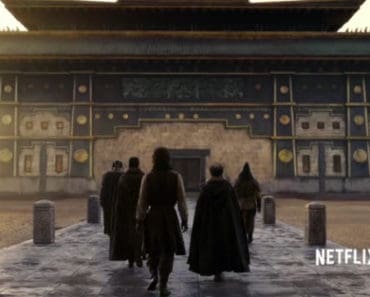 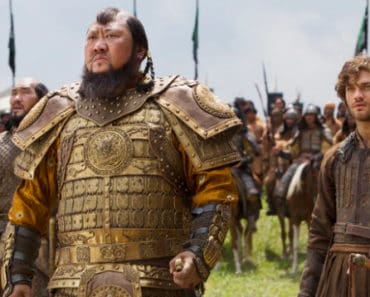 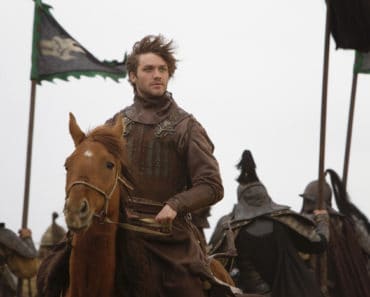 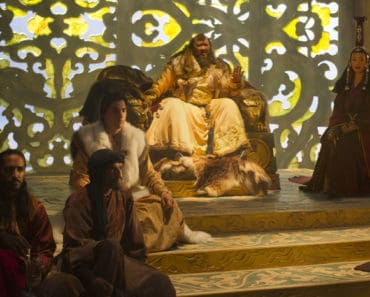 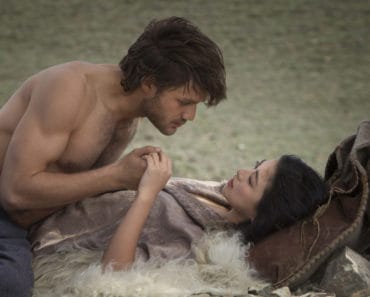 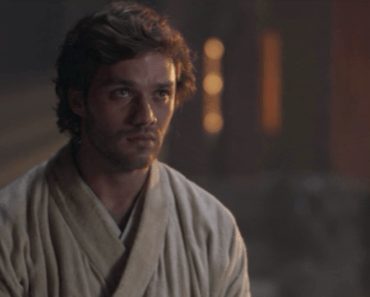