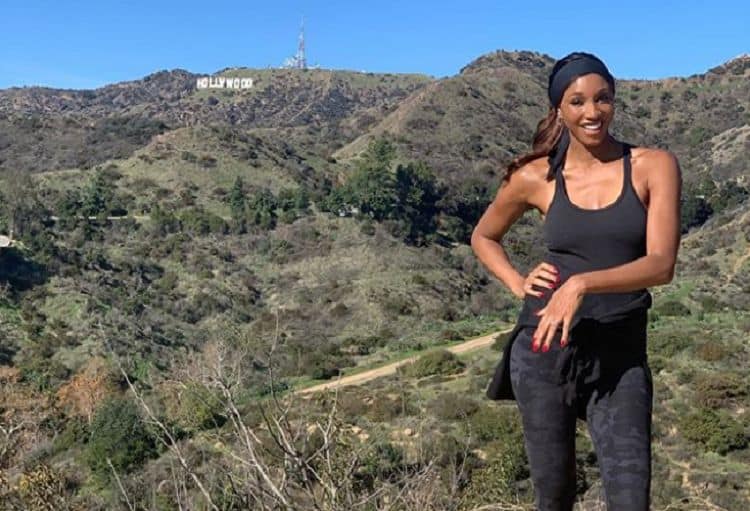 Maria Taylor wears many hats in ESPN where she is an analyst, host and reporter. Her determination to make it in the industry is due to having strong black women showing her that skin color should not hold her back. Her grandmother was not allowed to go to the university due to her race but she still managed to get an associate degree and later run her own business. Maria is mainly known for the love she has for sports and even encourages people to run no matter how short the distance is; with time, they will cover more miles. Let’s see how she got to be in the sports career and those who have influenced her along the way.

1. She was made fun of due to her height

Many celebrities have been mocked due to their physique, and luckily for some, they did not succumb to the societal pressure. For instance, Jennifer Lopez was considered too curvy to make it in the entertainment industry that appreciated skinny girls. Maria took after her father, who stands at six foot seven. Her height of six feet two led to her classmates calling her a Jolly Green Giant, but since she could not do anything about it, she had to learn to make the best of it through sports.

2. The lessons she learned from her parents

In this age where couples can walk in and out marriage as they please, Maria’s parents taught her that a union is hard work, and both people involved have to try and make it work. Therefore even if her mother was busy as a career woman being the Chief Financial Officer at the Institute of Paper Science and Technology and her father worked for the FBI, they still took their vows seriously. Additionally, Maria’s father taught her that even though she was a girl, she had to know how to change a tire and everything else about cars; hence at 16, Maria got behind the wheel of a 1992 Honda Accord and was told to drive downhill.

3. She only tried volleyball to get out of basketball training

Maria has been playing basketball since she was in sixth grade. Consequently every year they had strengthening training which Maria did not look forward to so when her coach suggested she should try volleyball, she agreed. The sports host revealed that she fell in love with the game at first serve, and for three years in a row, she was voted the MVP in high school before proceeding to play for the University of Georgia’s volleyball and basketball teams.

4. How a locker room conversation made her have faith in God

In her sophomore year, Maria and her teammate, Katie, were in the locker room with Katie in tears, saying she needed to quit playing. Katie said that volleyball was taking up too much of her time, and that was not in accordance with God’s purpose for her, so she had to give it up. For Maria, who knew that Katie’s entire world revolved around volleyball, she was surprised that someone would lay it all down to serve a higher calling. Therefore Maria started going to church and joined bible study groups that introduced her to how it felt to walk with God.

5. She relies on her faith to go through challenges in life

Life is a series of obstacles that you must find a way to overcome, and that has been the case with Maria, who confessed that her broadcasting career and being a public personality is not a walk in the park. She told Sports Spectrum that she has come to know that whether people love or hate her, it has nothing to do with her. However, she knows that it can cause depression and anxiety, and Maria depends on her relationship with Christ to remind her that she is enough as she is.

6. She fell in love with her husband at first sight

It is clichÃ© to hear that people fell in love the moment they laid eyes on each other, but it is romantic. When Maria went to North Carolina to watch the Charlotte Hornets game, she noticed one man and told her friend that if she kept going there and seeing him, she would end up dating him. Apparently, the stranger, Rodney, had been attracted to her as well because he approached her, and they exchanged numbers.

7. She had two proposals from the same man

After eight months of pure bliss, Rodney proposed to Maria, and she accepted. They even started making wedding plans hoping to wed in June 2016, but after careful consideration, they realized they were rushing, so they called off the wedding. Three years passed without a wedding and no communication, but they still felt connected in every way. Rodney proposed again during a picnic, and she accepted, again.

8. She never dreamed of what her wedding would look like

Maria never bothered with building castles in the air about her dream wedding; she was too preoccupied with being a tomboy to entertain such thoughts. However, the minute she saw the engagement ring, she loved it. As for her wedding venue, Maria chose to go to Oceanfront Hilton Sandestin because she had been there for work. As she told The Knot News, Maria had fallen in love with the beach, thus thought it was best for the wedding venue.

9. Her advice to women who want to have careers in sports

Maria knows that one has to be ready to grab opportunities since sometimes no one will offer them to you. She remembers that when she attended coaches’ meetings, she was usually the only female in the room, and no one bothered to shake her hand. For a while, she was comfortable sitting alone in the corner until one day, she decided to shake their hand instead. Similarly, women are not handed anything; hence Maria advised them to work hard and learn to give their all in whatever task they are given.

10. What led to her co-founding the Winning Edge Leadership Academy?

The principle of paying it forward has led to many people giving back to society in the many ways they can. For Maria, she was talking to Corrine, and they found out that they had been mentored so much it had impacted their careers, so why not mentor other people. They founded “The Winning Edge” and launched their first class in August 2015. They aim to level the playing field by bringing diversity and offering learning opportunities.