Home
Music
Mariah Carey’s “All I Want for Christmas:” The Gift That Keeps on Giving 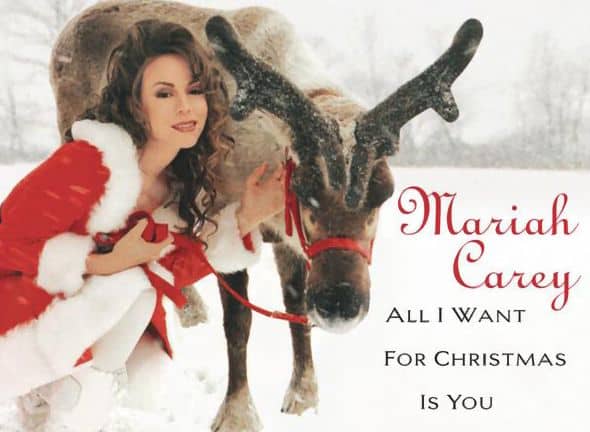 Are you ready to hear how much Mariah Carey makes from her song All I Want for Christmas Is You? It’s truly the gift that keeps on giving since it’s paid out every holiday when it’s rolled out like clockwork. The star makes a reported half a million dollars, or 376,000 pounds roughly, when the song is doled out for the holidays. So if you think that her sales are ever down just think about the royalties that continually come in for use of her songs. Neither she nor any other artist whose songs get used on a continual basis are ever hurting for money unless they’re spending it faster than they make it, which seems pretty common.

It seems like no matter what she does or says or what kind of malfunctions she has onstage though Carey is bound to remain as popular now as she was when she first started. There’s something about her that fans just love and can’t get enough of. Granted, she is a very beautiful woman and she does have an amazing voice, but there still seems to be something beneath all the glam that doesn’t feel like it’s worth paying attention to. Of course that’s an opinion and not a hard fact. She’s proven many times over that she’s worth listening to and is in fact a decent person to many people.

But doling out this kind of money per year for a single song seems a little insane. Every time the song plays, and it plays a lot of if you’ve ever listened to Christmas music on the radio, she’s getting paid. Imagine just laying down a single awesome track that people love and then getting paid for it without having to reproduce it more than once a year, or maybe a few times during a single month. There’s nothing to say that a singer’s life is easy at all, but earning that much just in royalties is something to talk about. Most folks won’t even earn that much in a lifetime and a lot of singers are earning that in one season.

Maybe it’s time to reassess how much performers and those that appear in front of the public get paid, because it seems that they get to live the life of luxury for doing something that comes natural to them while the rest of the world gets to hope and dream. Or maybe not, since the life of a performer comes with just as many drawbacks, one of those being that they seem to have no expectation of a private life and anywhere they go they’re bound to be hounded by fans and people that want to get an autograph or a picture. In other words a lot of stars can’t just mingle with the public without getting mobbed.

So there are benefits and drawbacks of being a big celebrity, but the paydays seem to be one huge benefit that comes around every holiday season. Â And to think, that’s just one season, she still gets royalties from her other songs throughout the year.