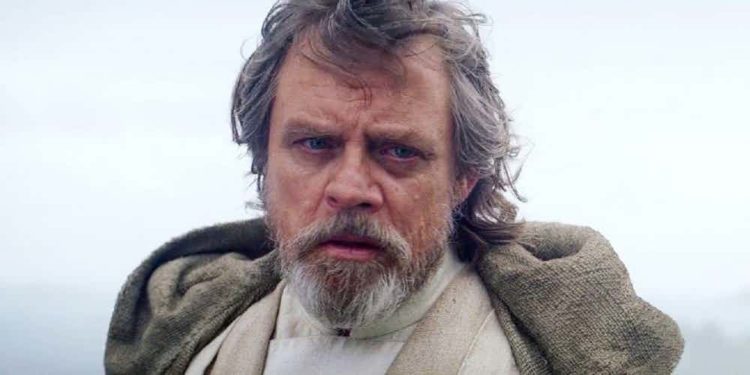 Imagine having to keep a secret that could rock an entire movie and adjust its course for one solid year. Mark Hamill had to do this for The Empire Strikes Back as Abbey White of Looper states and it was one of the hardest secrets in the world to keep it sounds like, especially from Harrison Ford and Carrie Fisher, who found out with rest of the cast and crew what had been dubbed over Vader’s expected line. The original line that the rest of the cast heard was “Obi-Wan killed your father” instead of “I am your father” which is a big twist since it sent the Star Wars franchise into overdrive considering how horrible Vader really was and the fact that Luke was his son, even if the full truth of their history hadn’t been developed at that point. The most revealing line in ESB is one that has driven memes, been used over and over in pop culture throughout the years, and became one of the most iconic lines in any movie, ever. It essentially became one of the all-time greatest twists that has ever happened in cinema and as a result it became one of the most defining moments in the Star Wars franchise. Anything that came after was altered in a fundamental way since being the son of a Sith lord carries quite a bit of weight with it, especially since the character didn’t reveal the truth to his comrades until later in Return of the Jedi.

In fact, the third movie was originally titled Revenge of the Jedi, but given the nature of the Jedi Order it was deemed that it would be a little too combative and even aggressive, thus Return of the Jedi became the working title after a while. Huw Fullerton of RadioTimes had more to say about this. Given that revenge isn’t typically sanctioned by the Jedi it makes a lot of sense, but unless this was something that Yoda taught to Luke it’s very likely he didn’t know much about it. After all, he was given very rudimentary training by Obi-Wan and Yoda and kind of had to administer a great deal of his training to himself over the years. In the EU canon he picked up a great number of Force tricks and techniques by restoring the Jedi Order, but in the current canon it might be that he did the same. It’s hard to say really since the story was forced more upon Rey than anyone else, and Luke wasn’t given a huge part in it. But just thinking that he had to keep a secret this big for so long is enough to make a lot of people anxious since he couldn’t even tell them until the premier when they found on their own, at which point the whole ‘wtf’ attitude would make perfect sense.

Funnily enough it’s interesting to wonder if Alec Guinness even cared about the switch since he wasn’t exactly enamored of the Star Wars movies to begin with. But the revelation that his character didn’t kill Luke’s father might have been an eye-opener if only because it could have saved Obi-Wan from being thought of as the villain in the story. Sean Hutchinson of Inverse had something else to say about this topic. Think of it that way, if Obi-Wan Kenobi would have been given a more savage lean in the story it might have affected how people thought of him in the prequels. He might even have been thought to be a psychopath or a sociopath in training at some point since the fact that he called Anakin a good friend would certainly mess with Luke’s head upon hearing that Obi-Wan murdered his good friend, Luke’s father. How betrayed would a person feel at that point? Technically Obi-Wan did help to kill Anakin, or at least a part of him, since he left his former student and friend on Mustafar minus a few limbs and on fire. A lot of people justify that of course from the fairly easy standpoint of Anakin having crossed over to the dark side, a development that Obi-Wan couldn’t see him coming back from. Plus, Padme needed medical attention, so it was the obvious choice to leave Mustafar and to leave his friend to die. It sounds kind of dark when it’s said like that, but at the same time there have been a few dark moments in the Star Wars franchise even if we decide to push past them and enjoy the rest.

Of all the secrets that have needed keeping in cinema history there aren’t that many that had the implications and the ability to shake up a lot of people like this one. The fact that Mark kept it was impressive though, especially since he had to be around the same people day in and day out and keep the illusion that they all the same knowledge of what was bound to happen.