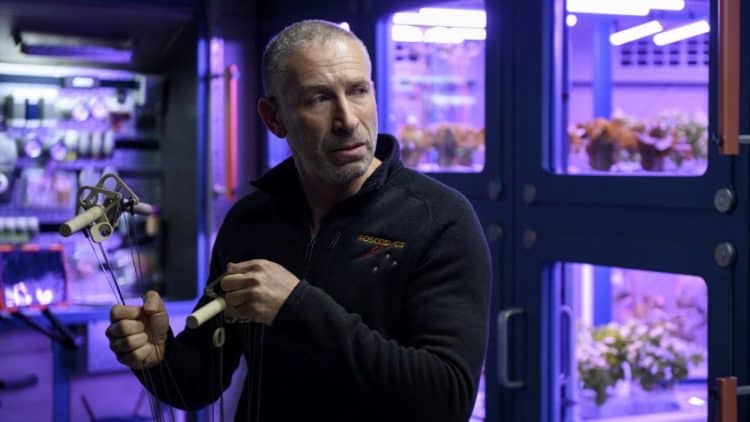 Mark Ivanir may not be an actor that everyone is familiar with by name, but his resume is so extensive that there’s a very good chance he’s had a role in a movie or TV show you’ve seen before. His acting skills have earned him recognition in places all over the world. He is most well-known for his recurring role as Ivan Krupin in the TV series Homeland. In addition to his list of on screen credits, he has also has also been doing voice acting in video games for nearly 20 years. Some of the games he’s worked on include Tom Clancy’s Splinter Cell: Double Agent and Call of Duty: Modern Warfare 3. Keep reading for 10 things you didn’t know about Mark Ivanir.

1. He Was A Member Of The Israeli Army

Mark’s path to becoming a professional actor had lots of pit stops along the way, one of which was a stint with the Israeli army. During his time in the military, he served as a spy who was on an undercover mission to help rescue Jews in Ethiopia. Several of the roles he’s had in his acting career have utilized the experience he gained while in the military.

Instead of acting, Mark’s initial goal was to become a doctor. During an interview he said, “My dad wanted me to be a doctor. He passed away while I was still in the military. So I applied, I got in, and, facing seven years of studies and then more internships, I decided to take a year off and work on improving my grades—but also to just do fun stuff for myself.”

Mark has put a lot of time and effort into his professional life, but that doesn’t mean he hasn’t done the same in his personal life. Although he likes to keep the details of his private life out of the spotlight, we do know that he and his wife, Maya, have been together for more than two decades. He is also a proud father of two girls: Sasha and Daniella.

A story about a person who turned down the opportunity to become a doctor to instead become a clown in a circus and eventually an actor sounds like something straight out of someone’s imagination. However, that’s the reality of Mark’s story. After deciding not to attend medical school, he joined a local circus.

Mark spends a lot of time at work, so when he does get the chance to take a break he likes to spend it enjoying some time taking in the beauty of nature. He loves doing outdoor activities with his loved ones such as hiking, walking his dogs, and hanging out at the beach.

6.He Is Vocal About His Support In The Fight To End Racism

Mark has a pretty strong social media presence. On Instagram, he currently has more than 31,000 followers. He isn’t afraid to use his platform to share what’s on his mind. Mark has been very open about his stance in the fight to end racism and he is a supporter of the Black Lives Matter movement.

7. He Gets Bored Easily

Over the years, Mark has tried his hand at lots of different things. Acting has been such a good fit for him because it allows him the opportunity to have new experiences. He told Breitbart, “I get easily bored, so it’s better for me to be a session player rather than playing the same music over and over again.”

Throughout his life, Mark has traveled the world and gotten the chance to live in different countries. Because of those experiences, he’s been able to learn multiple languages. He speaks English, Russian, Hebrew, French, Arabic, Yiddish and Ukrainian.

9. He Used To Be A Street Performer

Before joining the circus, Mark spent some time honing his skills in a much less conventional setting: the streets of Paris. He built experience as a street performer where he got to do things like juggling and practice pantomime. While those days may not have been glamorous, they helped Mark become the actor he is today.

10. His Contractor Served As Inspiration For His Role In Away

Mark did a lot of things to prepare for his role in Away. Ironically, his biggest source of inspiration came from a very unlikely person: his contractor. He told From the Grapevine, “Someone I took inspiration from was my contractor. He has nothing to do with space, but he cracks jokes all the time…The character was written like that from the beginning and then I realized that that’s the guy. It’s funny, but it’s true. No pilots or astronauts, just my contractor.”