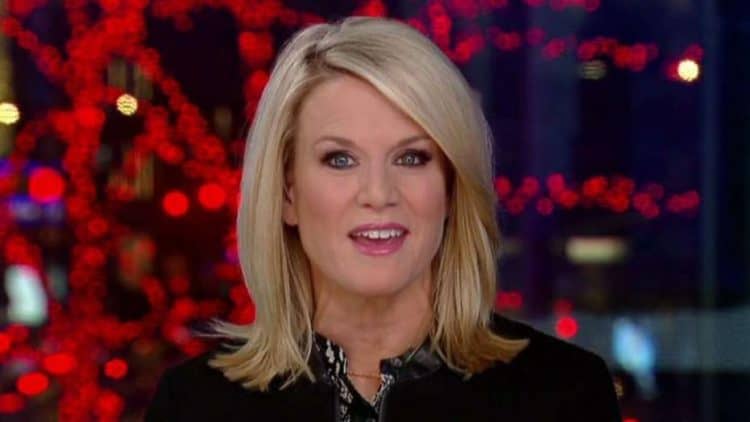 If you had told young Martha MacCallum that she would be in the media in her adulthood, she would have laughed it off. Her mind was set on being on television but not as a journalist. She is now a renowned American television host who has been twice awarded the Gracie Award for Women in Journalism. She likes to keep her personal life away from the media, but we have still managed to dig up a few facts so read on to find out more about Martha.

1. She prioritizes time with her family

When you are looking for a job, most of the time you would do anything the boss wants you to do to make a good impression. However, as much as she wanted to be a television host, Martha was clear that she did not want any show that demanded her to stay on till late. When she was asked to do an evening show, her last born son was in junior high school; hence she wanted to be at home in the evening to be with him.

Martha is a force to reckon with in the media but conducting interviews is not something she thought was cut out for her. Instead, as a young girl, Martha dreamed of being an actor or a director. So determined was she that Martha went to Circle in the Square Theater School in New York to study for two years. Unfortunately, she realized she was not good at it. However, she still recalls how her love for classics led her to play Viola in “Twelfth Night.”

3. Why she is passionate about cancer

On Twitter, Martha once said that when you love someone with cancer, it is always on your mind every minute; hence she sent out her love to those who shared the feeling. Martha is passionate about cancer because her mother died from breast cancer in April 2013. Her sister had also been diagnosed with the disease, but she is a survivor.

4. How she ended up in journalism

After being a waitress for a while trying to make some money to pay her rent hoping that acting worked out, Martha knew she would never be an actress at some point. Therefore when she heard another waitress who worked for CNN talking about story meetings, Martha’s interest in journalism grew. She consequently started working for a financial magazine as a fact-checker before making her way to Wall Street Journal television through a production assistant position.

5. She has been accused of not being non-partisan

For someone who pushes for transparency and objectivity, Martha has been accused of not living up to her gospel. The media should remain unbiased to give objective news, but Martha has always shown a preference for one side of the government. Recently, viewers accused her of joining the plot by Democrats to undermine the President during the State of Union. The democrats had decided to wear white to show their solidarity in the protest and Martha went on air wearing a white jacket hence was allegedly on the side of the socialists.

Martha prides herself in having a long list of prominent people she has interviewed including the former President Barack Obama, Laura Bush, John McCain and many more. However, despite such an impressive resume, one person remains on her prospective list of interviewees: Pope Francis. The Pope has tried to put the Vatican house in order by making radical changes within the City; he made history by appointing the first woman to have a managerial role in the Vatican’s Secretariat of State. Martha’s “The Story” has also played a significant impact on Vatican City since it is through the expose of Cardinal Ted McCarrick’s sexual abuse that led to Pope Francis defrocking him. Her interest in interviewing the Pope is, therefore, because she wants to pursue transparency in the Catholic Church aggressively.

7. She is a devout Catholic

It is sad to have faith in something only for you to wonder if you are wrong to trust it, yet Martha has had her faith shaken some tines. She has been a staunch Catholic, but the sex scandals that have plagued the church have made her question if she is right to choose the denomination. She, at one time, interviewed the Fortney sisters, and five of them had been abused by a priest they all trusted and loved. Father Augustine Giella is among the many priests who have tarnished the Catholic name and being a devout Christian Martha looked forward to hearing the story by the sisters hoping for transparency and justice to prevail.

8. She thinks cheerleading is dumb

While some celebrities are proud of their cheerleading past in high school, Martha is not. She was not athletic in school but decided to be a cheerleader in high school. However, it is not a fact that she is proud of, and she went to the extent of hiding her cheerleading pictures so that her daughter would not see them. When Martha thought that her daughter might be interested in becoming a cheerleader, she confessed her “shameful” past.

9. She was once a victim of sexual harassment

Sexual harassment in the workplace has existed for so long mostly because victims have preferred to remain quiet than face the perpetrators. Most women are ashamed of speaking out, but Martha is not; as published on Time, she said that she also was a victim earlier on in her career. The Fox News host revealed that the harassment came in the form of suggestive remarks and overtures. Luckily, being the outspoken woman that she is Martha shut it down before it went any further. For her, if ever there was a time that she felt like a Barbie Doll, it was back then.

According to The Hollywood Reporter, Martha is a voracious reader. She even organized a book club that involves mother and daughters whereby they not only talk about their children but select titles for the books they will read; one of the novels they have had in the club is “Dreams From My Father” by Barack Obama. Martha also appreciates some historical lessons through biographies such as “Goodbye Darkness” a World War II memoir by William Manchester.